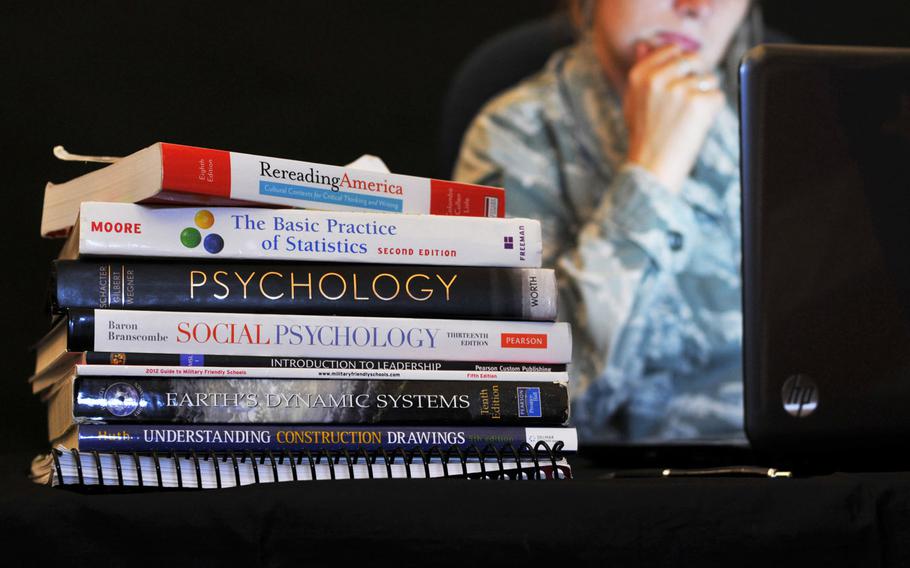 A private university in New Jersey must pay the federal government almost $5 million to settle allegations that it defrauded the Department of Veterans Affairs by overcharging veterans for substandard online courses. (William Wiseman/Air National Guard)

A private university in New Jersey has been ordered to pay the United States government almost $5 million to settle allegations that it defrauded the Department of Veterans Affairs by massively overcharging veterans for substandard online courses.

Caldwell University and Pennsylvania company Ed4Mil charged the government up to 30 times the tuition rate they paid for low-quality online courses, the Justice Department said in a statement.

“Caldwell University tried to hoodwink the Department of Veterans Affairs and, worse, veterans themselves, by claiming to offer online classes developed and provided by Caldwell that were in fact marked-up offerings by an online correspondence school,” U.S. Attorney for New Jersey Craig Carpenito said Friday.

Over several years, they reaped over $24 million in fraudulently obtained tuition benefits through the Post-9/11 Veterans Education Assistance Act.

Ed4Mil’s role was to aggressively recruit and enroll eligible veterans in non-degree online classes that they said were developed and taught by Caldwell faculty, Carpenito’s office said in a statement. The veterans instead were placed in unaccredited correspondence courses run by an Ed4Mil subcontractor, which was not eligible for GI Bill funding.

The scam cheated more than 2,500 service members out of the education they were entitled to, the FBI said.

“This was straight-up stealing – stealing money for veterans that was supposed to help them advance their careers and make themselves more marketable to employers after coming out of the military,” FBI Special Agent James Eagleeye, who investigated the case, said on the bureau’s website.

The fraud went on until a student had doubts about the content of courses he was taking, looked up the cost of the classes and alerted the VA Inspector General, the FBI said in a 2018 statement.

That year, an Ed4Mil employee and an associate dean at Caldwell were each sentenced to three years of probation for their roles in the scam, Carpenito’s office said. The founder of Ed4Mil, David Alvey, who was said to have masterminded the scheme, was jailed for five years, the New Jersey Attorney General’s office and the FBI said.

“Alvey collected most of the profits himself — more than $20 million,” the FBI said. “He bought a mansion, artwork, and high-end cars and also started other businesses.”

All three defendants were ordered to pay back the $24 million they fraudulently took from the government, Carpenito’s office said.