Two-star general at Wright-Patterson Air Force Base is fired 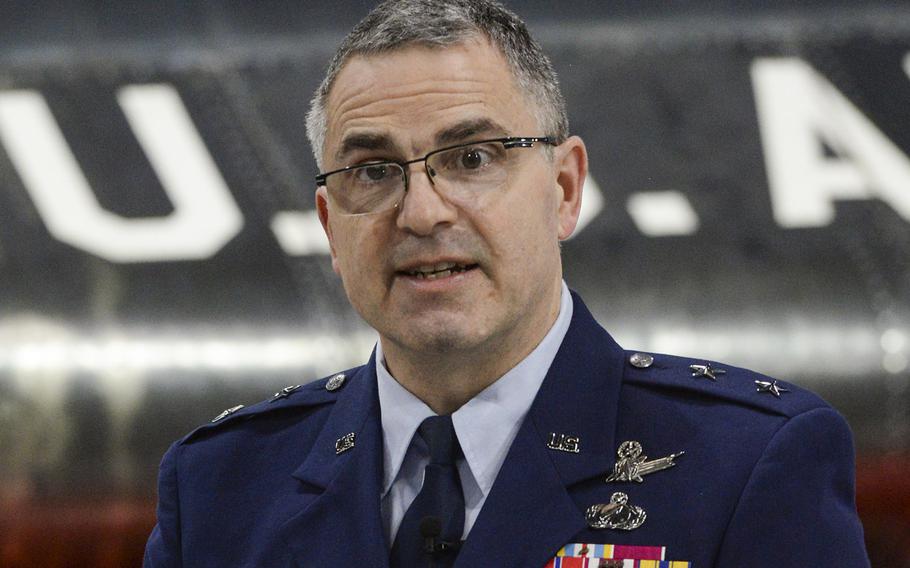 WASHINGTON — Maj. Gen. William Cooley, the two-star commander of the Air Force Research Lab at Wright-Patterson Air Force Base in Ohio, was relieved of command Wednesday for allegations of misconduct.

Gen. Arnold W. Bunch Jr., who leads Air Force Materiel Command, also based at Wright-Patterson, said he fired Cooley due to “a loss of confidence in his ability to lead, related to alleged misconduct.” He also said “new leadership” was necessary to ensure “good order and discipline.”

“The Air Force takes any misconduct allegation seriously,” Bunch said in a prepared statement. “I expect our leadership to uphold the highest standards and live up to the Air Force’s core values.”

Derek Kaufman, an Air Force spokesman, declined to characterize the nature of the allegations against Cooley, but he said the Air Force Office of Special Investigations was conducting the probe.

Cooley entered the Air Force in 1988 through the ROTC program after graduating from Rensselaer Polytechnic Institute in Troy , N.Y., with a degree in mechanical engineering, according to military records. Some of his awards include the Legion of Merit, the Bronze Star and the Air Force Commendation Medal.

He has been temporarily assigned as a special assistant to Bunch until the investigation is complete, Kaufman said.

Brig. Gen. Evan Dertien has been appointed as the commander of the Air Force’s $7.5 billion research arm. He most recently served as director of air, space and cyberspace operations for Air Force Materiel Command headquarters.

“I have great confidence in Brigadier General Dertien and in the professionalism of the entire AFRL workforce,” Bunch said.

Dertien received his commission from the U.S. Air Force Academy in 1993, according to military records. He served as an operational F-15 pilot and completed three combat deployments. He also worked as an F-15, F-16 and F-22 test pilot in various assignments. He was also assigned as an initial cadre instructor pilot for the first operational F-22 unit at Langley Air Force Base in Virginia.

Wright-Patterson Air Force Base has about 27,000 service members, civilians and contractors who work on the installation, according to the base website. The base is located just outside of Dayton.