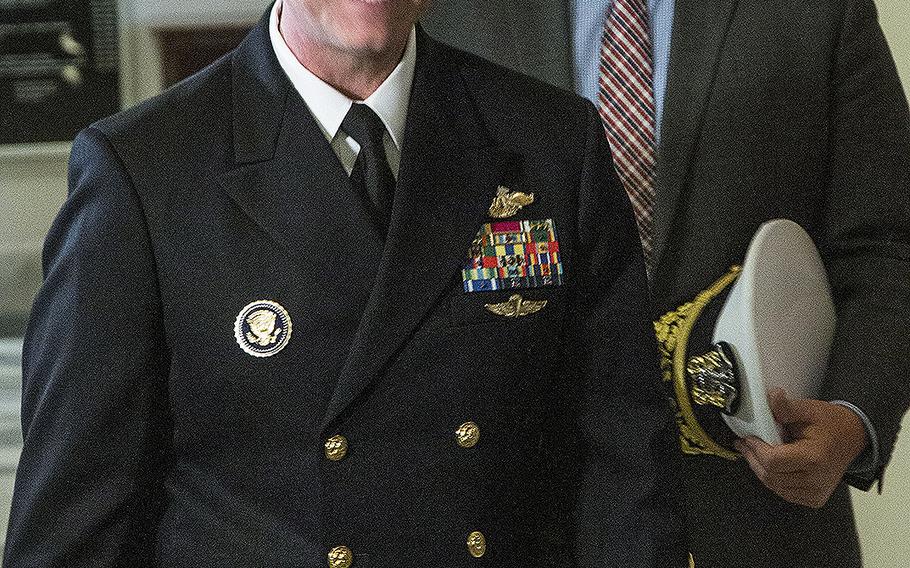 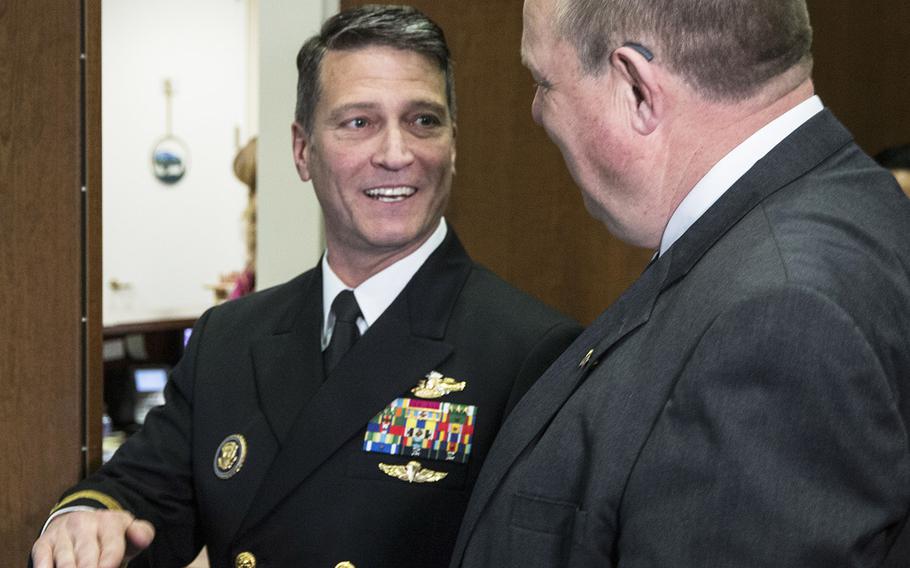 WASHINGTON – Rep. Ronny Jackson, R-Texas, the previous White House physician for former President Donald Trump, is one of the newest members of the House Armed Services Committee, after his appointment to the committee Monday.

Rep. Mike Rogers, R-Ala., the ranking Republican on the committee, assigned Jackson to the roster, saying his years of service in the U.S. Navy would be an “indispensable addition.”

Jackson, who also served as White House physician under former presidents Barack Obama and George W. Bush, retired as a Navy rear admiral Dec. 1, 2019, and filed eight days later to run as a Republican for Congress. He now represents a congressional district in the Texas panhandle.

Jackson ended his career in the White House amid scandal, facing allegations of misconduct that included mishandling prescription drugs, mistreating staff and being drunk on duty. He remains under investigation by the Pentagon’s Office of Inspector General for those allegations.

Jackson joined the committee that is responsible for national defense budgets and enacting policies that affect the U.S. military and defense industry. In a statement, Jackson said he would be a “tireless advocate” for defense contractors, as well as Sheppard Air Force Base and the Pantex Plant – the country’s primary facility for nuclear weapons assembly and maintenance – which are both in his district.

“As a retired U.S. Navy rear admiral with nearly three decades of military service, I am prepared to be an active member of the committee as we look to improve our readiness, implement modernization efforts for our military, and return America to being the world’s greatest force for good,” he said.

Jackson was elected in November to represent the 13th congressional district in Texas, taking the seat held by former congressman Mac Thornberry, who retired. Thornberry, a longtime leader of the House Armed Services Committee, backed Jackson’s opponent, Josh Winegarner. However, Jackson had the endorsement of Trump, who was a vocal supporter during the election.

Trump stood by Jackson in 2018, after the allegations of misconduct were raised. The allegations came to light after Trump nominated Jackson as his pick for Department of Veterans Affairs secretary in March 2018, and they led to Jackson withdrawing his name from consideration.

Jackson repeatedly denied the allegations during his campaign, claiming he was unfairly targeted by Democrats.

After his failed nomination for VA secretary, Jackson was replaced as Trump’s principal physician but continued to work in the White House medical unit. He was later appointed by Trump to a newly created role – assistant to the president and chief medical adviser.

After retiring from the Navy, Jackson moved to Amarillo in 2019 to run for the congressional seat. Jackson grew up in Levelland, Texas, in a neighboring congressional district. He ran his campaign on his military service and connections to the White House.

Jackson was one of the 147 Republicans who voted earlier this month to overturn the election of President Joe Biden. On Twitter and through an op-ed, he made unbased claims of voter fraud.

In his first speech on the House floor Jan. 13, Jackson spoke against the Articles of Impeachment brought against Trump for inciting a deadly riot at the Capitol on Jan. 6. Jackson argued that Congress should “begin the process of healing the deep division that exists among us as Americans.”

In addition to the Armed Services committee, Jackson also won a seat on the House Foreign Affairs Committee, which oversees legislation dealing with foreign assistance, national security, war powers and treaties, military deployments abroad and arms control, among other issues.