Trump might send up to 15K troops to US-Mexico border 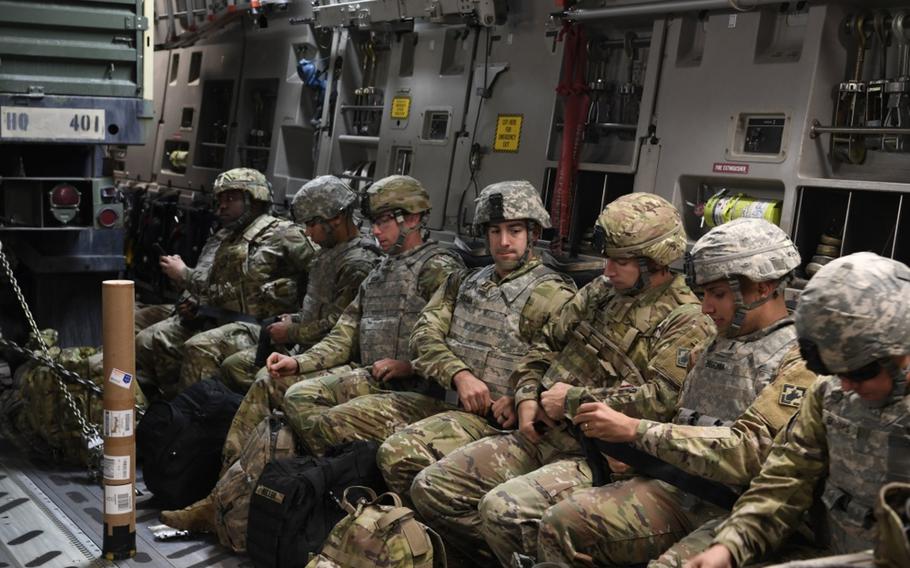 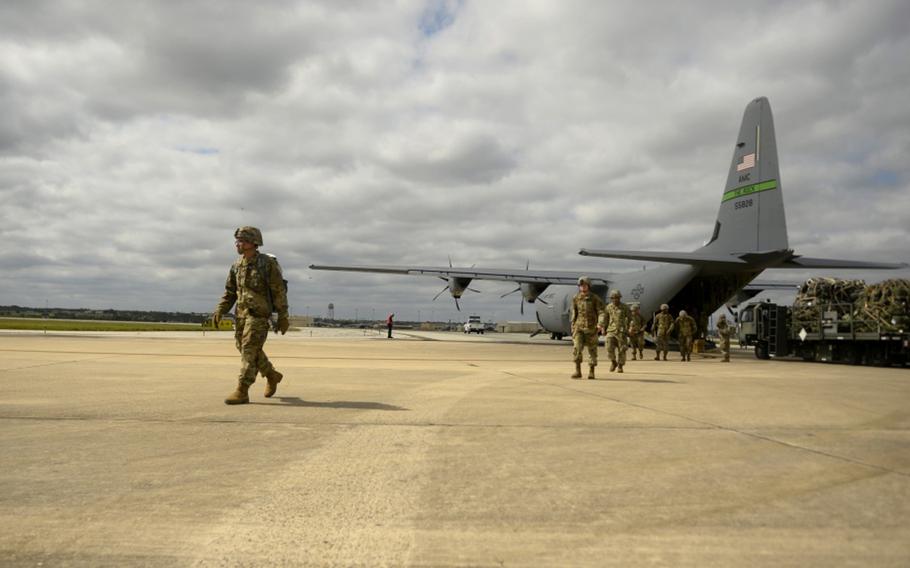 WASHINGTON – President Donald Trump late Wednesday told reporters that he intends to send 10,000 to 15,000 troops to the U.S.-Mexico border, indicating that as many as 6,000 additional troops could be notified to prepare to deploy.

“Immigration is a very, very big and very dangerous – a really dangerous topic,” Trump said outside the White House before leaving for a campaign-style rally in Florida. “And we’re not going to allow people to come into our country that don’t have the well-being of our country in mind.”

The Pentagon has notified 7,000 active-duty servicemembers that they could be sent to support its new operation as the mission expands beyond the initial 5,200 troops set to deploy by the weekend, officials said Wednesday.

Defense Secretary Jim Mattis on Wednesday dismissed concerns raised by some Democratic lawmakers and others that the deployment was a political move ahead of the Nov. 6 midterm elections by Trump, who has raised illegal immigration as his primary concern in recent weeks. Mattis called the deployment “practical support” for the Homeland Security Department.

“We don't do stunts in this department,” Mattis told reporters at the Pentagon.

By Wednesday, nearly 2,000 troops had already been placed on prepare to deploy orders, a defense official said on the condition of anonymity. Air Force Gen. Terrence O'Shaughnessy, the chief of U.S. Northern Command, said Tuesday that the mission, dubbed Operation Faithful Patriot, would grow in the coming days.

The Pentagon has called up 39 military units and teams with engineering, logistics, aviation, medical, military police and public affairs capabilities primarily from the Army, according to documents obtained Wednesday by Stars and Stripes.

Those units include five combat engineer companies, aviators from the 3rd Infantry Division and the 82nd Airborne Division, military police officers from Fort Hood and Joint Base San Antonio in Texas, Fort Bragg in North Carolina, and Fort Riley in Kansas, and logistics units from the 4th Infantry Division and the 101st Airborne Division. The units do not include any ground combat units, though O'Shaughnessy said troops would be armed and authorized to use force to defend themselves.

The latest deployment of active-duty servicemembers joins about 2,100 National Guard troops who have been assigned to the border region since April to aid Customs and Border Protection agents, primarily with support duties such as vehicle maintenance and administrative tasks, military officials have said.

The Pentagon has identified 13 bases in California, Arizona and Texas to support the border operations, according to the documents.

The troops’ mission will be limited in capacity to supporting CBP agents to “harden the southern border,” O’Shaughnessy said. They are not expected to come into contact with migrants or conduct civilian law enforcement activity, an act from which they are barred by federal law.

Nonetheless, President Donald Trump on Wednesday tweeted that the military would be in place at the border to stop a loosely organized group of migrants, known as a caravan, making their way toward the United States largely by foot. The group of Central Americans, which has said most of them seek refugee status after fleeing violence in their home countries, remains almost 1,000 miles from the border as it moves about 15 or 20 miles per day through Mexico, according to The Associated Press.

“Our military is being mobilized at the Southern Border. Many more troops coming. We will NOT let these Caravans, which are also made up of some very bad thugs and gang members, into the U.S. Our Border is sacred, must come in legally. TURN AROUND!” Trump tweeted Wednesday.

Defense Secretary Jim Mattis, who approved the deployment late last week, has authorized military personnel to perform planning, logistics, medical and construction duties, official said. They include putting up temporary barriers, coiled razor-wire and fencing along the border, building temporary shelter to support CBP agents, ferrying CBP agents by helicopter along the border, and providing the CBP with meals-ready-to-eat and riot gear. Medical troops will be deployed to support servicemembers and CBP agents, however they would also be authorized to treat injured migrants, the defense official said.

These are the units that will support the mission, according to Pentagon documents:Logistics units