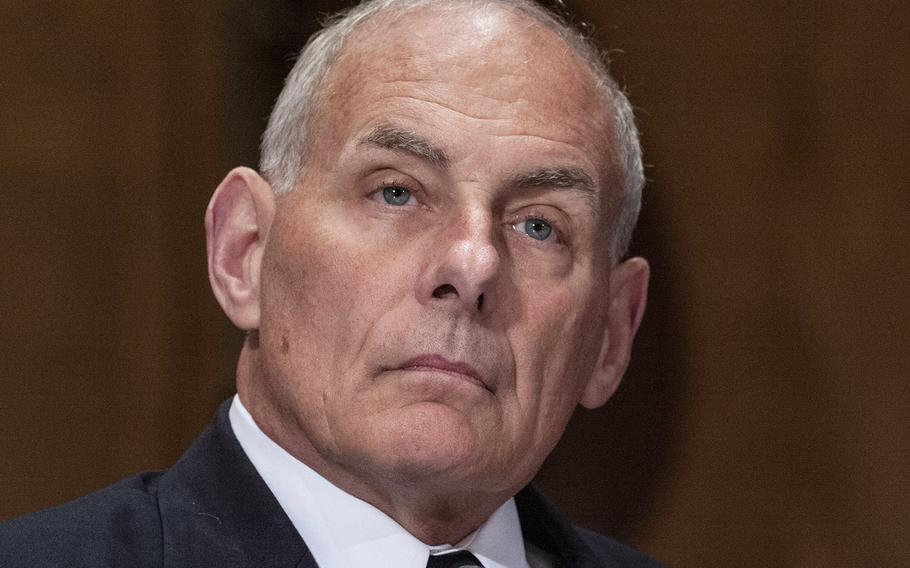 Buy Photo
Retired Gen. John Kelly , at a Capitol Hill hearing in 2017. A question in a survey gauging the feelings of officers about the military was prompted by a 2017 statement made by then-White House press secretary Sarah Huckabee Sanders, who told a reporter it would be inappropriate to debate a four-star general like Kelly. (Stars and Stripes)

Buy Photo
Retired Gen. John Kelly , at a Capitol Hill hearing in 2017. A question in a survey gauging the feelings of officers about the military was prompted by a 2017 statement made by then-White House press secretary Sarah Huckabee Sanders, who told a reporter it would be inappropriate to debate a four-star general like Kelly. (Stars and Stripes) 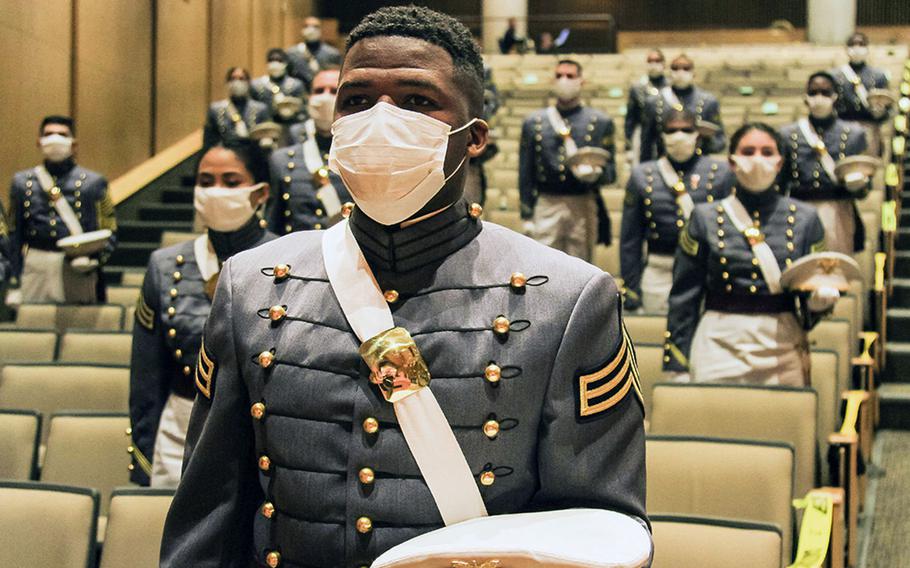 Cadets attend a graduation ceremony at the U.S. Military Academy on Dec. 10, 2020. West Point cadets were three times more likely than seasoned officers to say those who have not served should not question or criticize the military, a study found. (United States Military Academy a)

The military needs to act to stop a divide from growing in the officer ranks, where white conservative men are more likely than others to feel pride in service and that the military culture is superior to civil society, a study has found.

“Military elites’ feelings of superiority over the rest of society are more prevalent among conservatives, Republicans, whites, and men … than among liberals, Democrats, women, and African Americans,” said the study published in the spring issue of the Texas National Security Review.

Just under a quarter of the 1,281 U.S. Military Academy cadets and active-duty military officers polled for the study between December 2017 and March of last year said they felt a sense of exceptionalism, while 43% said they did not and the rest had no opinion.

The biggest gaps were along political lines, with roughly 15% of Democrats saying military culture was superior compared with around 31% of Republicans.

The difference between Blacks and whites on that question was also large, at 14% and 27% respectively, and women were seven percentage points less likely than men to say the military is better than civil society.

Previous research has shown that a conservative mindset predominates in the military, and that service members’ political leanings can affect their military experience and attitude.

But the gaps based on race and gender were “unexpected but clear, and new,” one of the study’s authors, retired Army Col. Susan Bryant told Stars and Stripes.

“These findings should give senior military leaders and their civilian superiors pause,” she and co-authors Heidi Urben — also a retired Army colonel — and National Defense University research fellow Brett Swaney, wrote in the study.

The study also gauged feelings among the military elite about pride in service and the likelihood that a current or future officer would urge someone else to join the military.

The biggest gaps on those questions were based on race. Just under 79% of African Americans said they were proud of their military service compared with nearly 93% of their white counterparts. Blacks were also 21 percentage points less likely than whites to say they would encourage a young person to join the military.

Those findings could be due to a lack of inclusivity in the ranks, “or even outright discrimination or harassment,” the study said.

Along political lines, 67% of Democrats said they would urge a young person to join the military, versus 81% of Republicans. Seven percentage points separated officers who identified with one of the two main political parties in the U.S. on the question of pride in service — Democrats were lower.

In the past, service used to “trump politics” and people from diverse backgrounds found “common ground through shared sacrifice,” the study said. “Today, however, both uniformed and non-uniformed leaders should come to terms with a worrisome side effect in the professionalized fighting force — that servicemembers’ ideology and politics may shape their conception of service.”

One of the survey questions used to gauge feelings of military exceptionalism was whether those who have not served should question or criticize the military. It was prompted in part by something then-White House press secretary Sarah Huckabee Sanders said to a reporter in 2017 — that it would be inappropriate to debate then-White House Chief of Staff John Kelly, a retired four-star general.

Overall, less than a quarter of respondents agreed with the statement, although West Point cadets were three times more likely than seasoned officers to think people who haven’t served should not criticize or question the military.

“This could suggest that the longer one is exposed to the professional norms associated with being a military officer, the more likely one is to support oversight or criticism of the institution,” the study said.

The military should commission a broader study that includes enlisted service members to determine how wide the “troubling new gap” is between majority and minority groups in the military, it recommended.

“Such a study should be commissioned now,” it said.