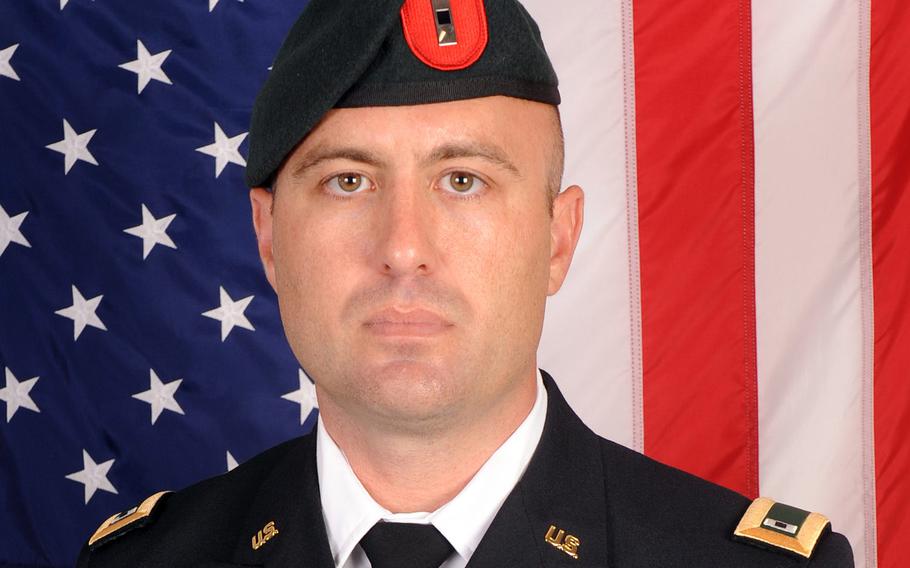 Dozens of people have paid homage online to a Green Beret who died last week in a noncombat incident, while hundreds have raised more than $50,000 for the wife and young daughter he left behind.

Warrant Officer John Wirka, 36, of 2nd Battalion, 7th Special Forces Group (Airborne), died Jan. 14, the command said in a statement over the weekend, providing few details about the circumstances of the incident or where it occurred.

“With this tragic event, John leaves behind his spouse and one child,” said Col. John W. Sannes, 7th Group commander. “John served his nation honorably and was loved by many. We are deeply saddened by the loss of one of our finest soldiers.”

“Our hearts are broken,” Allison Wirka wrote. “He was our hero.”

The native of Tampa, Fla., earned a bachelor’s degree in mechanical engineering from Florida State University in 2008, before joining the Army, the command said in a statement.

Craig Leduc, a college roommate who now lives in Durham, N.C., recalled seeing Wirka for the last time when his former university club hockey teammate was training at Fort Bragg, N.C., and paid him a brief visit.

“It was so great to catch-up, share a few beers and memories,” Leduc said in a Facebook post Tuesday. “At the time my wife was four months pregnant with our daughter and John told me just how great it was to be a Girl Dad.”

Leduc was one of dozens of Wirka’s friends who have joined a Facebook memorial page for the fallen soldier, where they shared photos and memories.

“He was a big brother,” Leduc said. “He was always looking out for me when I needed a hand. And of course he had a knack for equally getting us into trouble and out of it as well.”

Wirka joined the Army in February 2010 and by September of that year had completed basic, infantry training and Airborne School at Fort Benning, Ga., and the Special Forces Assessment and Selection at Fort Bragg.

After graduating the Special Forces Qualification Course in February 2012, he was assigned to 7th Group’s 3rd Battalion at Eglin Air Force Base, Fla., where he deployed several times to support missions in U.S. Southern Command, U.S. Northern Command and Afghanistan.

He also served as the senior instructor at the Maritime Operations Training Detachment, where he helped produce over 50 dive-qualified soldiers for the Special Forces Regiment, the command said.

Wirka met his wife, Erica, in 2014, when he approached her and two friends, “armed with three roses and a ‘smooth’ pick up line,” said a profile of the couple published in the magazine VIP Destin in spring 2017.

After that, any time he passed a vendor selling roses, he would buy his wife a flower to commemorate the night they met. He proposed on a beach in July 2015, just two weeks before he went off to Ranger School.

The Ranger-qualified soldier commissioned as a warrant officer last year. He then served as an assistant detachment commander within 2nd Battalion, 7th SFG.

His awards and decorations include two Bronze Stars, an Army Superior Unit Award and an Army Achievement medal.

“John was a big brother and protector for all of us on and off the ice,” former FSU hockey teammate Darren Grassey wrote on the Facebook memorial page. “I know he served our country the same way, selflessly. Thank you & RIP John.”

Ralph Wieder, another hockey teammate, wrote that he was focusing on how proud he was of Wirka “instead of how sad this loss is.”

As of Thursday morning, more than 320 people had donated a total of almost $53,000 to a GoFundMe campaign set up for Wirka’s wife and daughter.

Hours earlier on Facebook, his mother expressed thanks for the generosity and those sharing tributes to her son.

“While we are devastated by our loss, all the kindness has meant so much,” she wrote. “Please pray for our families. We love you.”