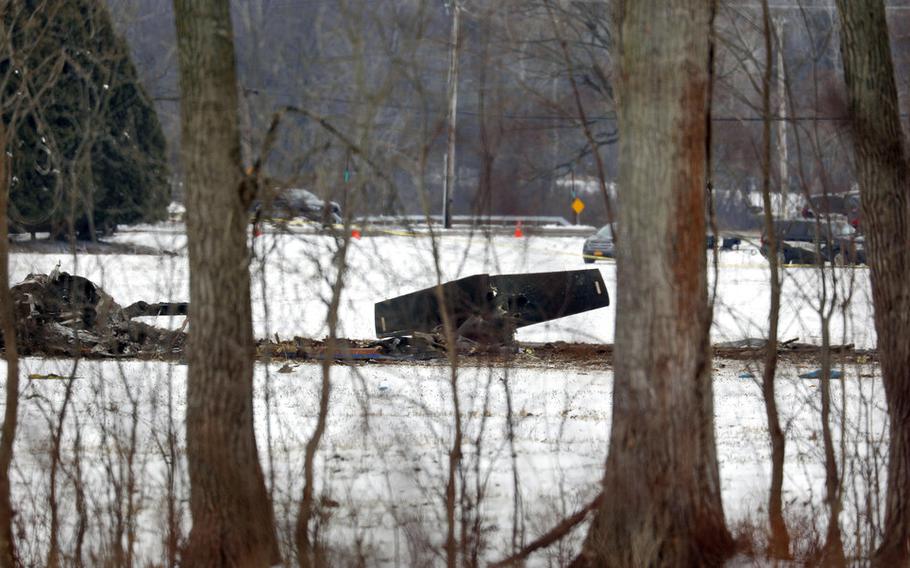 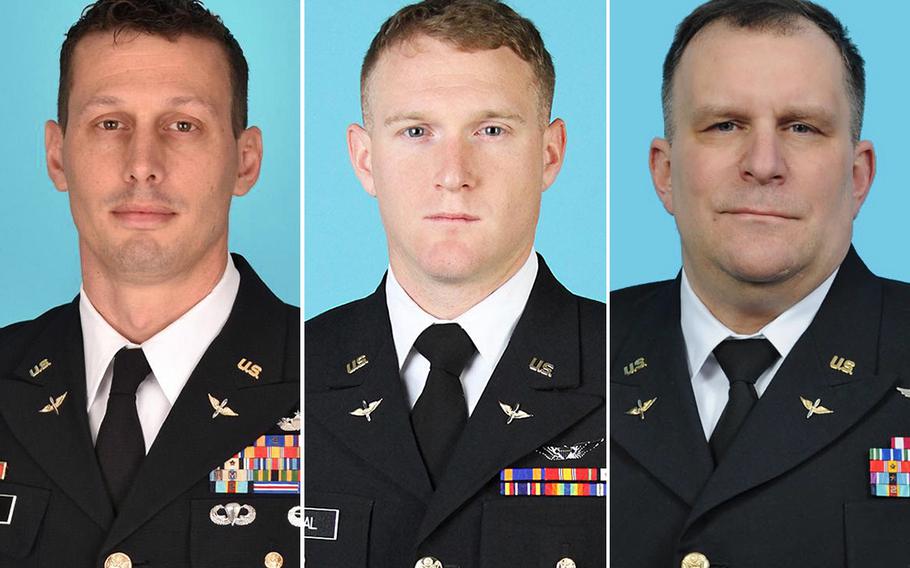 Three warrant officers and combat veterans from the New York Army National Guard were killed Wednesday when the UH-60 medical evacuation helicopter that they were flying crashed, the service said Friday.

“These soldiers were a part of our National Guard family and we mourn their loss, alongside their family members and loved ones,” the Guard said in a statement.

An Army safety investigation team arrived Thursday from the Army Safety Center at Fort Rucker, Ala., to begin its analysis of the accident, according to the Guard.

The helicopter crashed in a farmer's field in rural Mendon, south of Rochester, at about 6:30 p.m. Wednesday, The Associated Press reported. Witnesses who called 911 reported hearing the sounds of an engine sputtering and said the helicopter was flying very low.

In 1992, he became a pilot and began flying UH-1 “Huey” helicopters from the Army Aviation Support Facility in Rochester. During his career, he also learned to fly the UH-60 Black Hawk A and L models, the OH-58 Kiowa, the AH-1 Cobra and the AH-64 Apache attack helicopter.

Skoda deployed to Afghanistan in 2013 and 2019, according to Guard. He was an experienced helicopter pilot who served as a UH-60 senior instructor pilot and an instrument flight instructor and a UH-60 maintenance test pilot. He had almost 5,000 flying hours.

“He mentored soldiers of all ranks throughout his career,” the Guard said.

Soldiers at the facility described Skoda as “a friend and mentor to all the soldiers in his unit, supporting the training and career progressions of hundreds of aircrews throughout his career,” the Guard said.

He lived in Rochester and was single.

Koch, 39, served 20 years in the New York Army National Guard, first as an infantryman in A Company of the 2nd Battalion, 108th Infantry, according to the Guard. He became a helicopter pilot in 2006, flying from the Army facility at the Rochester airport.

Koch was rated to fly the UH-60 Black Hawk A and L models, as well as the CH-47 Chinook, according to the Guard. He had 2,350 flying hours. He held a bachelor's degree in mathematics from the College at Brockport, State University of New York.

Koch deployed to Iraq in 2008 and Afghanistan in 2012. He served in 2004 as part of Operation Noble Eagle, the National Guard security mission in the United States after the terrorist attacks of 9/11.

“His hard work and drive lead him to becoming the senior instructor pilot for the unit,” the Guard said. “His motivation and infectious personality made him a great soldier, leader and father, according to unit members.”

Koch also served as the instrument flight instructor for the unit. In civilian life, he worked as a civilian pilot for the New York State Police since 2016.

With the state police, he served on many search and rescue missions and conducted annual training for other pilots, according to a news release about Koch’s death. The Red Cross of Western New York honored Koch recently for his role in the June 2020 rescue of an injured 11-year-old boy. Along with first responders on the ground, and a state police crew in the air, the boy was hoisted more than 100 feet from a gorge and taken for medical care.

“The New York State Police thank him for his service to his country, and to the people of the State of New York,” police said.

Koch lived in Honeoye Falls with his wife Teressa DaGama and their four children. A Go Fund Me page to support his family has raised more than $43,000 from nearly 500 donors.

Prial, 30, graduated from the U.S. Military Academy at West Point in 2012 and commissioned as an Army officer, according to the Guard. He served as a medical evacuation platoon leader with the 82nd Airborne Division's 82nd Combat Aviation Brigade.

He deployed to Afghanistan in 2014 and 2015 and served as an instructor pilot for students at Fort Rucker, where the Army trains helicopter pilots.

He attained the rank of captain before accepting an appointment as a warrant officer in the New York Army National Guard so he could continue to fly, according to the Guard. He also worked as a federal technician at the Army facility at the Rochester airport.

He was single and lived in Rochester.

He was rated to fly the UH-60 Black Hawk helicopter and had 670 flying hours.

Soldiers in the unit described Prial as “extremely humble and family centric. He had an ability to fit in quickly and make an immediate impact on new groups,” the Guard said.

“The New York National Guard will be there for these family members as they navigate these trying times,” the Guard said. “Our chaplains and casualty assistance officers will be with them whenever needed.