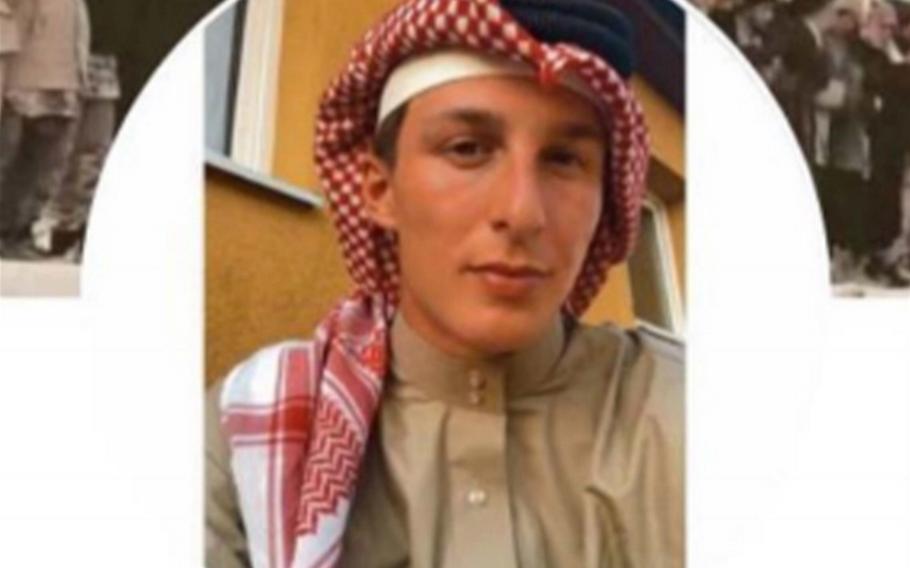 A screen capture from Cole James Bridges' Facebook page. (Facebook, via U.S. Attorney for the Southern District of NY)

WASHINGTON — Military personnel have been increasingly involved in domestic terrorist plots and attacks during the last three years, according to a report released Monday by the Center for Strategic and International Studies, a Washington-based think tank.

The report's authors also predict the trend will continue to rise without further action to combat the issue.

“The data should serve as a cautionary tale. While the numbers are relatively low, they are growing—and the military and law enforcement agencies need to take preventive action now,” according to the report.

Active-duty troops, reservists and National Guard members were linked to more than 6% of all domestic terrorist incidents, up from 1.5% in 2019, and zero in 2018, according to data in the report.

The analysis does not provide a reason behind the increase, but it highlights that those with military backgrounds are more likely to be sought out by violent far-right and far-left groups due to their skill sets, such as firing weapons and building explosive devices.

The report analyzed 980 cases of terrorist plots and attacks in the United States between Jan. 1, 1994 and January 31, 2021. The military should revise its process of vetting new recruits and renewing security clearances to help identify individuals with ties to extremist groups, the report said.

The Pentagon announced last week that a new panel will study extremism within the military ranks, including the ability of the services to weed out recruits with extremist views and whether military law or regulations should be amended to address the issue.

Its creation marks the next step in the Pentagon’s renewed approach to prevent extremism. The services completed one-day extremism stand-downs last week, which were directed by Defense Secretary Lloyd Austin in February in response to the Jan. 6 riot at the Capitol.

The events at the Capitol prompted widespread concern from lawmakers and the public as reports found people with military backgrounds played a significant role in the attack.

One reservist, one Guard member and at least 31 veterans were charged with conspiracy or other crimes in connection to the riot, according to the CSIS report.

In January 2021, 3 out of 17 domestic terrorist plots, or 17.6%, were committed by active-duty troops, reservists and Guard members. Army soldier Cole James Bridges was arrested Jan. 19 after he conspired to blow up the 9/11 Memorial in New York and attempted to give support to the Islamic State, the report cites in just one example.

A focus on veterans is key because they are more likely to be targeted by extremist recruitment efforts, according to the report.

Veterans have been involved in more domestic terrorist attacks than active-duty, Reserve and Guard troops, the report said. It notes a more holistic analysis is necessary to understand what leads veterans down the path of radicalization.

In an example, Adam Fox, Barry Croft and other accomplices were arrested by the FBI in October 2020 in a plot to kidnap and potentially execute Michigan Governor Gretchen Whitmer.

Violent far-right and far-left networks recruit military personnel because of their skill sets, including conducting surveillance and reconnaissance, training personnel, and other activities, the report found. The Proud Boys, Oath Keepers and Three Percenters all include active-duty personnel, reservists, veterans and law enforcement personnel.

The report recommends the military do better data collection and analysis on the issue, similar to efforts the military has taken to address issues such as sexual assault and suicide rates. The CSIS report warns the issue will persist because extremist networks actively seek out current and retired military personnel.

The report’s authors recommend the Pentagon announce changes to the vetting process publicly, so that people with extremist views will not even begin to attempt to join the military. The military should also better educate troops on counter-extremism.

The Defense Department should gather information to better understand the causes by pulling service records for all military-affiliated perpetrators in partnership with the Department of Veterans Affairs, the report said. This could help the Pentagon break pathways to radicalization before people leave the military.