Submarine technician dies from coronavirus, second sailor this week to succumb to the disease 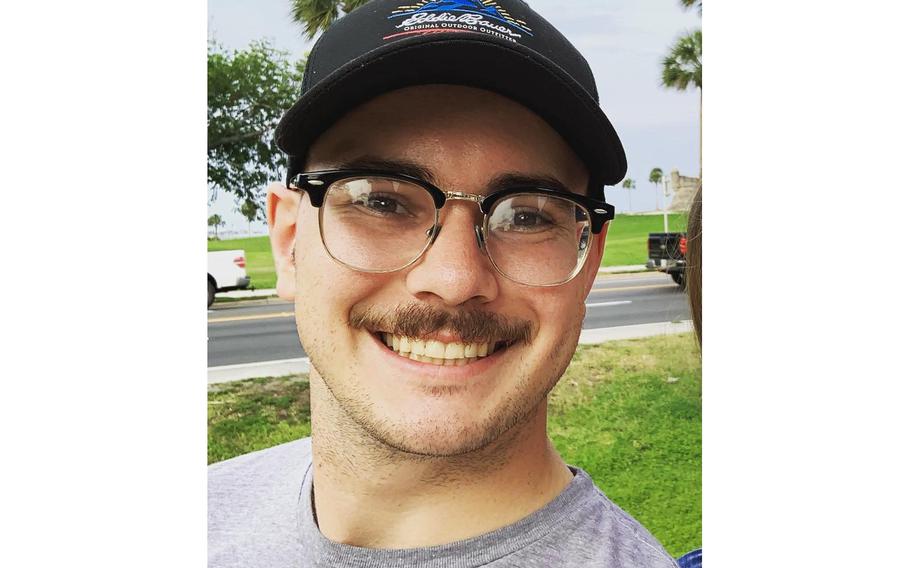 WASHINGTON — A submarine information systems technician from Washington state is the second sailor to die from the coronavirus this week, the Navy announced Friday.

Petty Officer Second Class Cody Andrew-Godfredson Myers, 26, died Thursday in the intensive care unit at the University of Florida Hospital in Jacksonville, according to a statement Friday from Submarine Forces.

Myers was assigned to the USS Tennessee, a ballistic-missile submarine located at Naval Submarine Base Kings Bay, Ga. He had been placed on restriction of movement Jan. 18 after he came into close contact with someone who tested positive for the coronavirus, according to the statement. Myers was admitted to the hospital on Naval Air Station Jacksonville on Saturday and then transferred to the University of Florida hospital on Sunday where he tested positive for the virus.

Other sailors who might have had contact with Myers have been notified and they are taking precautions, according to the Navy. Chaplains, mental health specialists, and counselors are supporting his fellow crewmembers at Kings Bay.

Myers enlisted in the Navy in December 2016 and has been assigned to the USS Tennessee since 2018, according to details of his service record.

His military awards include the Enlisted Submarine Warfare Specialist pin, the Navy and Marine Corps Achievement Medal, and the pistol marksman ribbon.

According to posts on social media, Myers and his wife welcomed their first child last year.

As of Friday, 21 service members have died due to the coronavirus since the pandemic began last year, including Myers and two other active-duty sailors.