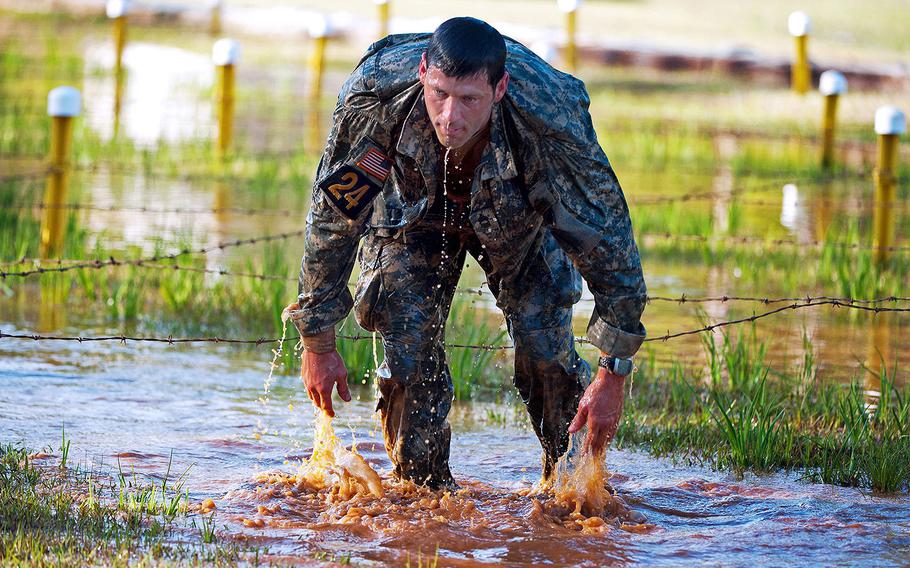 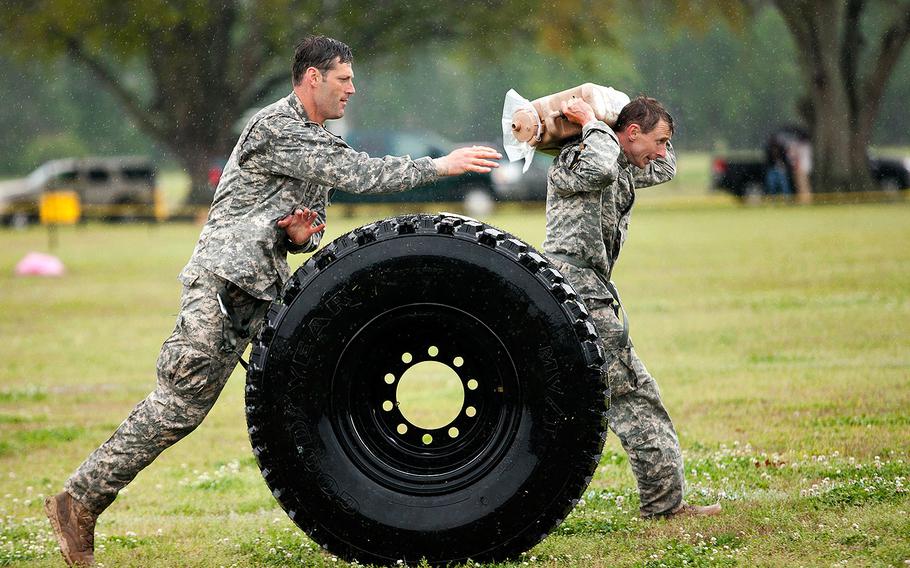 Master Sgt. Christopher Nelms and Sgt. Maj. Walter Zajkowski compete against each other in the sling load recovery during the second to last event of the 30th Annual Best Ranger Competition, April 14, 2013 at Fort Benning. ()

An elite special operations soldier who belonged to a secret unit died after his parachute failed to open properly during a free-fall training jump, the U.S. Army Special Operations Command said Friday, according to the Army Times.

Sgt. Maj. Christopher Nelms, 46, of Oklahoma City, was a member of the U.S. Army's Delta Force. He died July 1 from injuries sustained from the June 27 jump at Laurinburg-Maxton Airport, N.C., reports say. His death was first reported by Yahoo News.

Nelms, who joined the Army in 1990, was a highly decorated soldier. He had deployed to Iraq, Afghanistan, the Philippines and Niger.

“Any free-fall jump has a great deal of risk,” said a former Delta operator told Yahoo News. “I don’t think people realize how risky jumps like that are, whether training or for real.”news@stripes.com