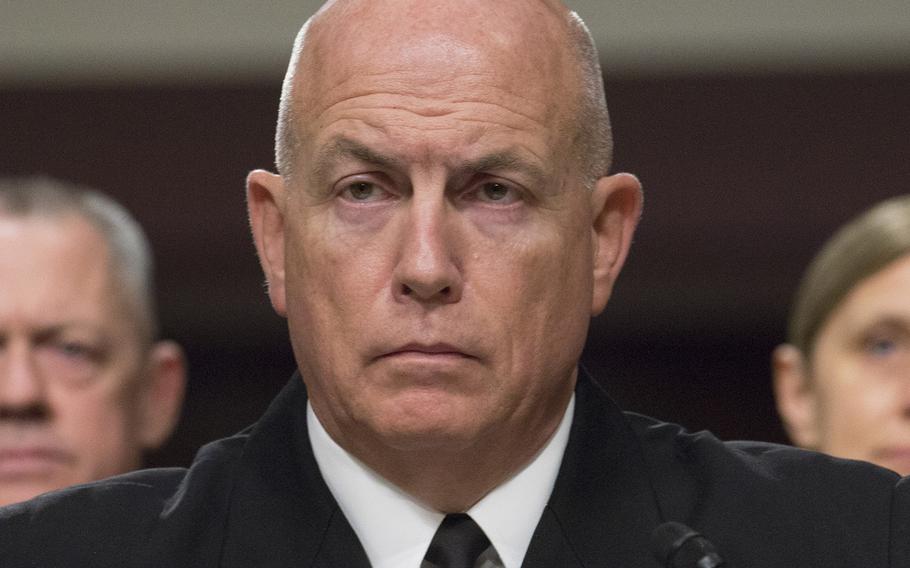 WASHINGTON — More than 100 members of the Islamic State have been recruited from the dual-island nation of Trinidad and Tobago in the Caribbean, the admiral in charge of U.S. Southern Command said Monday.

“There are individuals who have been radicalized, where this pernicious message has taken root. That's a concern to the government of Trinidad and Tobago. They have focused on it and so I think it's an area that we all have to take under consideration,” Adm. Kurt Tidd told reporters at the Pentagon.

Tidd said other nations in the Caribbean are starting to realize Islamic extremism could be a serious problem in the region.

“I think there was an unwillingness to acknowledge that perhaps they had a problem with radicalization from these extremist messages,” the admiral said. "Now it is a matter of routine conversation that we have in which we recognize, as we saw in our own country, in San Bernardino and in Orlando, as we saw in Nice and as we've seen in other countries sadly throughout Europe and the rest of the world, it's all too easy for radicalization to occur and so it's something that we must have our eyes open to and be on the lookout for.”

Tidd would not confirm ISIS fighters have infiltrated the United States from its southern border. He said law enforcement, the intelligence community, the military, diplomats and other nations are working together to protect against ISIS attacks.

“[They] all have a key role to play working as part of the team so that we are able to see if something like that were to occur,” he said. Among the attacks that ISIS has claimed include a June 2016 nightclub shooting in Orlando, Fla., that left 49 dead and the attacks in Paris in November 2015 that killed 130 and left hundreds of others wounded.

Tidd said some ISIS fighters in Syria originated in Trinidad and Tobago, which has been reported as one of the most fertile breeding grounds for Islamic extremists in the Western Hemisphere.

ISIS has widely recruited from countries across the world, ranging from Belgium to Indonesia, according to news reports. The Pentagon has said a U.S.-led coalition has driven ISIS from its strongholds in Raqqa, Syria, and Mosul, Iraq, though many militants still remain scattered throughout both countries, where its forces have included foreign fighters.

The terrorist group’s Islamist ideology and sophisticated media apparatus have led many security officials in countries across the world to worry about so-called “lone wolf” attacks such as the ones in Orlando and Paris.

Tidd said an increased effort by the international community has had some success in keeping ISIS fighters in Syria and Iraq from returning home to countries in the Western Hemisphere, including Trinidad and Tobago. Yet, it is still a serious concern.