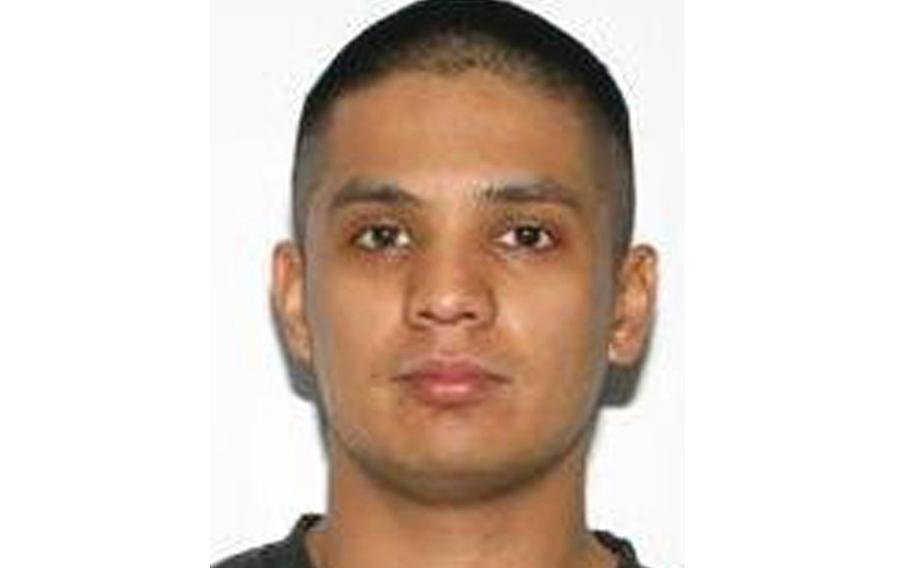 Joshua Yabut, who stole an armored vehicle last June and led police on a more than 60-mile chase throughout Virginia, was found not guilty on any charges by reason of insanity. (Richmond City Sheriff's Office)

WASHINGTON— The Virginia National Guard soldier who stole an armored vehicle last June and led police on a more than 60-mile chase throughout the state was found not guilty Monday on any charges by reason of insanity, according to the commonwealth’s attorney in Nottoway County.

First Lt. Joshua Yabut, 30, stole an M577 armored personnel carrier from Fort Pickett near Blackstone, Va., on June 5, 2018, and tweeted during his trip as Virginia State Police pursued him all the way to Richmond, Va. Yabut is still a first lieutenant with the guard, said Cotton Puryear, a spokesman with the Virginia National Guard.

The nearly 12-ton vehicle was taken while the unit that he commanded, Headquarters Company, 276th Engineer Battalion, was conducting routine training at Fort Pickett, according to a Virginia National Guard statement. The vehicle did not have any weapons on it at the time.

Yabut, who is from Richmond, had been charged with a felony for unauthorized use of a motor vehicle and a misdemeanor for violation of the conditions of his bond. The later charge stemmed from Yabut’s unauthorized travel to Iraq in January using commercial and military flights and conducting an online research into how to make bombs, according to reporting by CBS affiliate WTVR in Richmond.

Yabut was evaluated by three licensed clinical psychologists and they concluded he was not sane at the time of the crime, commonwealth attorney Leanne Watrous said Monday in a prepared statement.

Yabut will remain in custody and be evaluated by a psychiatrist and clinical psychologist concerning his mental condition and need for hospitalization and treatment, according to the statement. After the evaluations, it will be determined during a hearing whether Yabut needs inpatient hospitalization. His mental examination hearing is scheduled for Oct. 4, according to court documents.