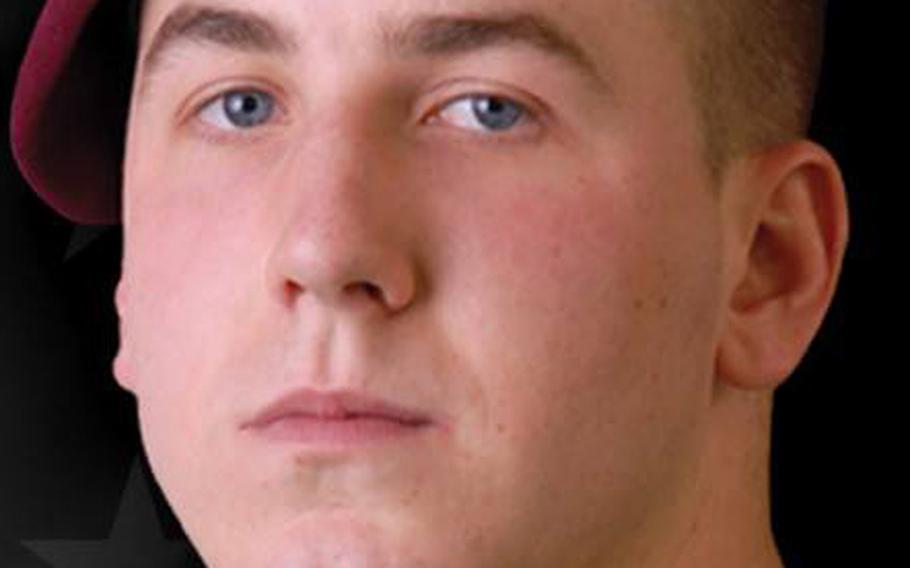 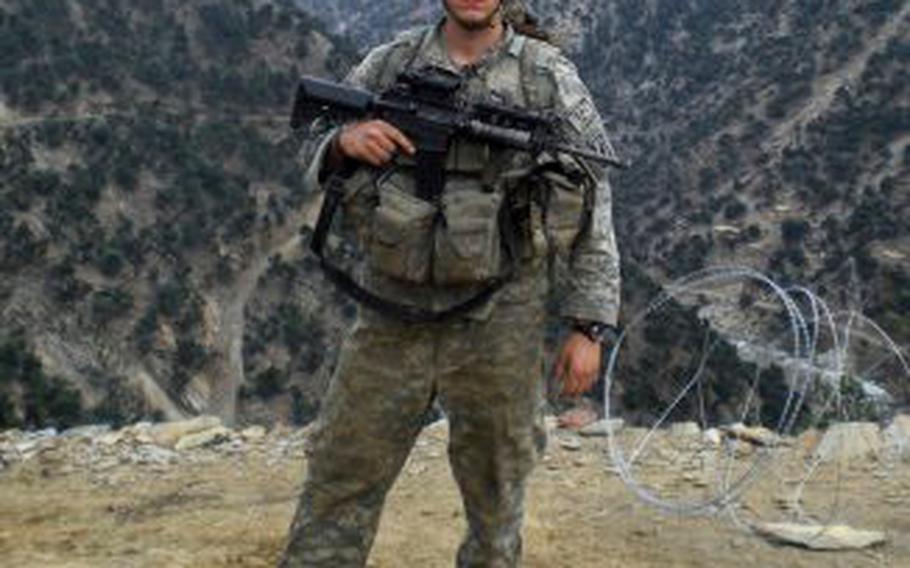 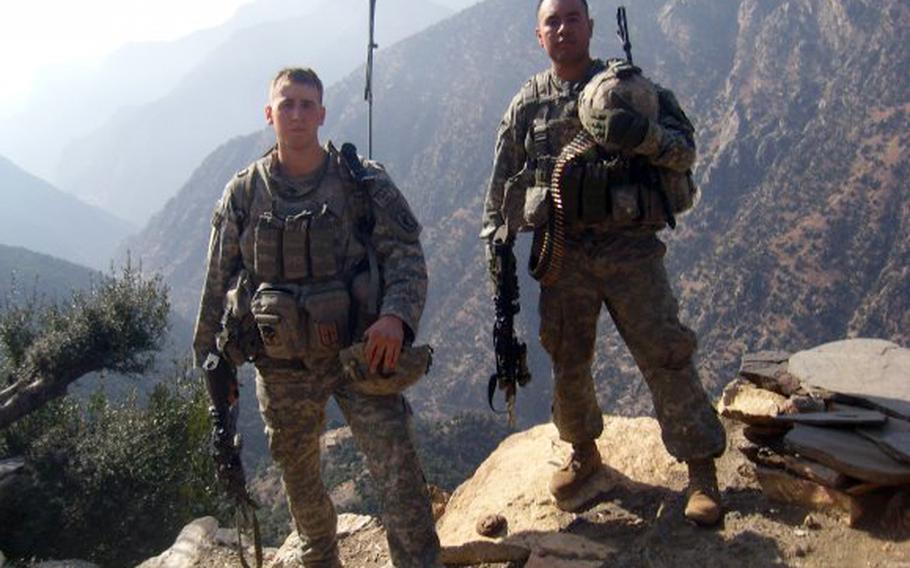 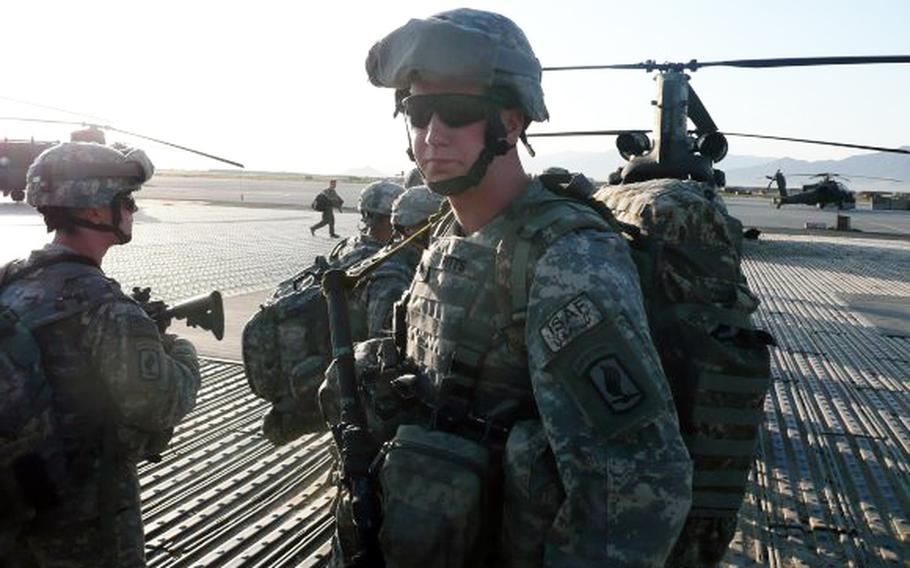 WASHINGTON — Former Staff Sgt. Ryan M. Pitts, a forward observer who fought through critical injuries to help turn the tide in one of the deadliest attacks of the war in Afghanistan, will receive the Medal of Honor next month, the White House announced Monday.

Pitts, 28, will become the third member of 2nd Battalion, 503 Infantry Regiment, 173rd Airborne Brigade Combat Team to receive the nation’s highest award for valor, joining former Staff Sgt. Salvatore Giunta and former Sgt. Kyle White. With the award for Pitts, a Lowell, Mass., native who now lives in Nashua, N.H., a total of 12 Medals of Honor will have been conferred for combat in Afghanistan.

Pitts earned his on July 13, 2008, in what came to be known as the Battle of Wanat. His unit was in the final weeks of a 14-month deployment and had been ordered to close down a heavily embattled combat outpost known as Bella, and move operations to the outskirts of the village of Wanat in the Nuristan province.

Ominously, the new location, named Vehicle Patrol Base Kahler, was overlooked by a parts of the village that lay on higher ground. It also was surrounded by several “dead space” areas where enemies could gather undetected. In the enemy’s crosshairs at Kahler were 48 soldiers, as well as 24 Afghan National Army troops and a handful of Marine Corps advisers.

The decision to place the base in such a vulnerable location would later be hashed over in multiple reports and investigations of the controversial battle. Reprimands to several commanders were issued and later revoked, and the Army concluded the matter essentially with praise for the valor of the men who lived and died that morning in eastern Afghanistan.

The attack came just after 4 a.m., when machine guns opened up from a building to the north. Then the entire valley erupted in fire, according to the Army’s narrative of then-Sgt. Pitts’ actions. About 200 Taliban fighters who had infiltrated the village had launched a coordinated attack with small arms fire, rocket propelled grenades and hand grenades tossed from covered locations nearby. The base’s own heavy weapons were destroyed or neutralized early in the attack.

Pitts and eight other paratroopers were in an observation post, OP Topside, on a nearby ridge when the attack came; seven were immediately wounded, and two men were killed.

Pitts had received grenade shrapnel wounds in both legs and his left arm. After crawling across the outpost, one of his comrades in arms, Cpl. Jason Bogar, applied a tourniquet to stop serious bleeding in one of Pitts’ legs. Bogar would later be killed in the fighting.

Realizing that Taliban insurgents were close enough to throw grenades, Pitts crossed the observation post and began “cooking” grenades — allowing timers to tick down — before throwing them into a concealed area nearby. In doing so, Pitts risked being killed by a short fuse, but made it impossible for insurgents to toss grenades back into the observation post.

To save grenades, Pitts — at that point unable to stand — grabbed an M-240 machine gun and began firing blind over the wall. During the fight, Pitts stayed in radio contact with Capt. Matthew Myer, company commander, who was fighting on the main vehicle patrol base.

Soon after, Pitts realized that he was alone on the observation post, and that all the other soldiers were either dead or had withdrawn to Kahler. Myer told him by radio that no reinforcements were then available to reinforce the outpost.

Pitts, who believed death was certain, decided to take out as many enemy troops as possible, the official Army narrative stated.

“Taking up the M-203 grenade launcher, Pitts began firing it almost directly overhead, straight up, placing grenades that would detonate just on the other side of the perimeter, where the insurgents had concealed themselves in the draw,” according to the Army account. “Pitts also called on the radio for any soldier with a sightline to the OP to begin firing over the sandbag wall at his position, to knock the enemy back if they breached the wall.”

Pitts was soon reinforced by a group of four soldiers, one of whom was killed in the effort. When attack helicopters arrived soon after that, Pitts was nearly unconscious, but stayed in touch by radio with Myer and provided necessary information to allow the captain to guide airstrikes that finally took some of the heat off of VPB Kahler.

Pitts was evacuated at 6:15 a.m., nearly two hours after the attack began and after fighting with critical injuries for more than an hour. Nine soldiers had been killed, primarily those who had been stationed in or had gone to relieve OP Topside, and 27 were wounded.

Pitts could have withdrawn from his position without shame, Myer wrote in his official account soon after the battle. But that’s not what he did.

“Despite life-threatening injuries — injuries that merited retreat from the [observation post] — he continued to fight,” Myer wrote.