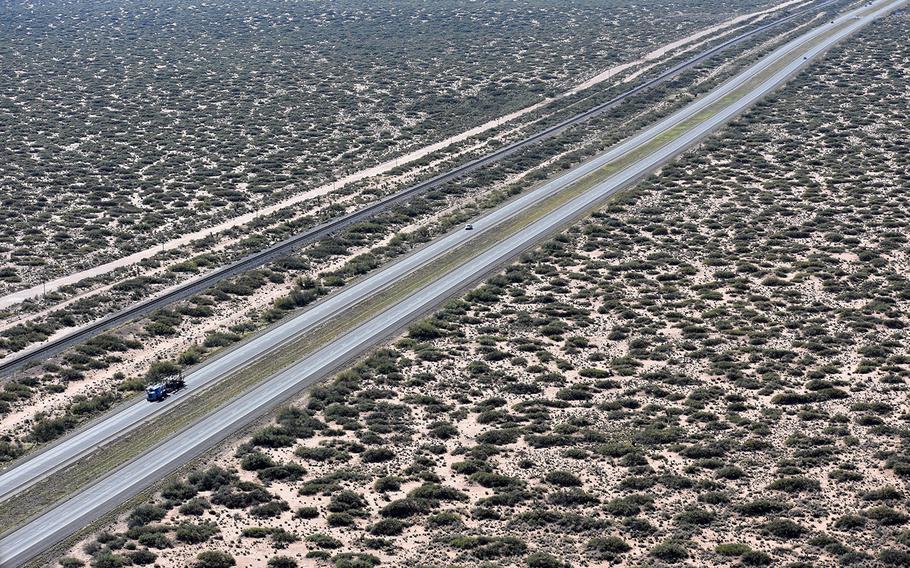 AUSTIN, Texas — An investigation is underway after human skeletal remains were found Sunday at a Fort Bliss training range, base officials said Monday.

The remains were found off Highway 506 at the McGregor Training Complex, an expansive desert training area that crosses the Texas state line into New Mexico, and they are believed to be more than a year old based on the condition, according to the Army Criminal Investigation Command, which is handling the investigation with assistance from Fort Bliss Directorate of Emergency Services.

Fort Bliss military police cordoned off the location Sunday morning after receiving a report from a New Mexico game warden walking in the area, which is about three miles from a Border Patrol checkpoint, according to the news release from Fort Bliss.

The highway and northern area of the base where the remains were found is vast desert terrain that is open and accessible to the public, said Lt. Col. Allie Payne, spokeswoman for the 1st Armored Division and Fort Bliss.

Investigators will transport the remains to the Armed Forces Medical Examiner at Dover Air Force Base, Del., for identification.

“There is no danger to area residents or the community,” base officials said. “Although there is one active missing person case at Fort Bliss, initial findings do not indicate the two cases are related.”

Pvt. Richard Halliday, 21, went missing from the base in July and no clear evidence has surfaced about how or why the soldier disappeared.

His family shared on social media Monday that Halliday’s unit, the 32nd Army Air Missile Defense Command, informed them “resources would be used this week to search additional training areas on Fort Bliss.”

However, Payne said those resources and the discovery of the remains Sunday are unrelated.