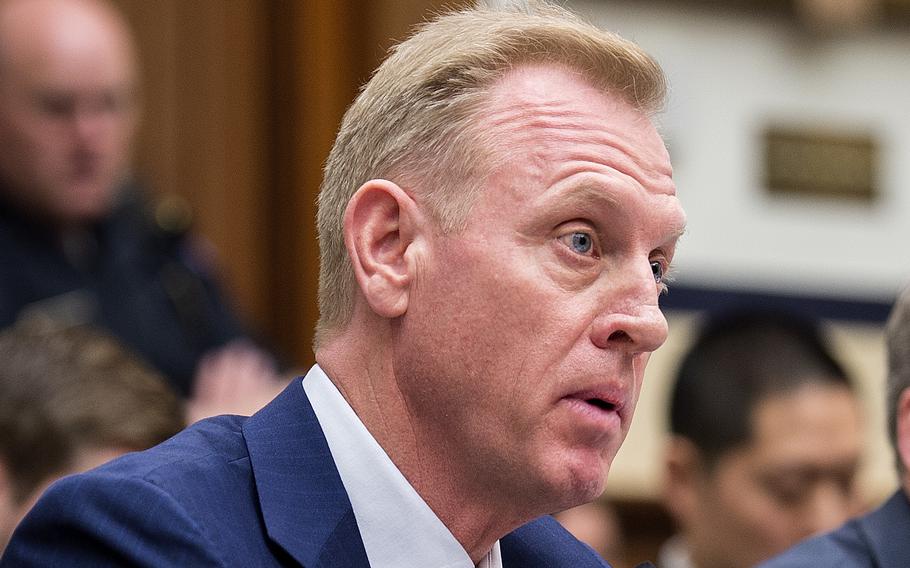 Acting Secretary of Defense Patrick Shanahan testifies before the House Armed Services Committee on Tuesday, March 26, 2019, during a hearing on Capitol Hill in Washington. (Carlos Bongioanni/Stars and Stripes)

Shanahan said he learned in January after taking over as acting Pentagon chief that a review of the initial investigation was already in place, ordered by former Defense Secretary Jim Mattis.

“When I came into this role, the recommendation was brought to me that Secretary Mattis, he had convened a review… I did not find that sufficient,” he said during a House Armed Services Committee hearing. “So, I convened my own review so I can ensure from top to bottom as to the appropriate accountability. I don’t know when that will be complete, but I have to assume that much of the work that’s been done to date can be used.”

Gallego, a Marine veteran, said concerns remain that blame could be placed on junior officers alone for the ambush, when others could be involved in the mistakes that led to the deadly attack.

“It seems to me that if we’re going to place blame on junior officers then we’re letting colonels and general officers off the hook for this debacle, I hope that’s going to be part of this,” he said.

Shanahan reiterated that wasn’t the case, and he said that’s why he’s directed a new review. However, he couldn’t elaborate on what “soon” might mean.

Gallego also said last year’s National Defense Authorization Act required a report of recommendations related to the ambush and Congress has yet to receive it. He warned the House panel might need to issue a subpoena to demand it.

“We consistently have this problem,” he said. “If this continues to be the case, … I will be pushing for (subpoenas). These families, the American public deserve to know exactly what happened.”