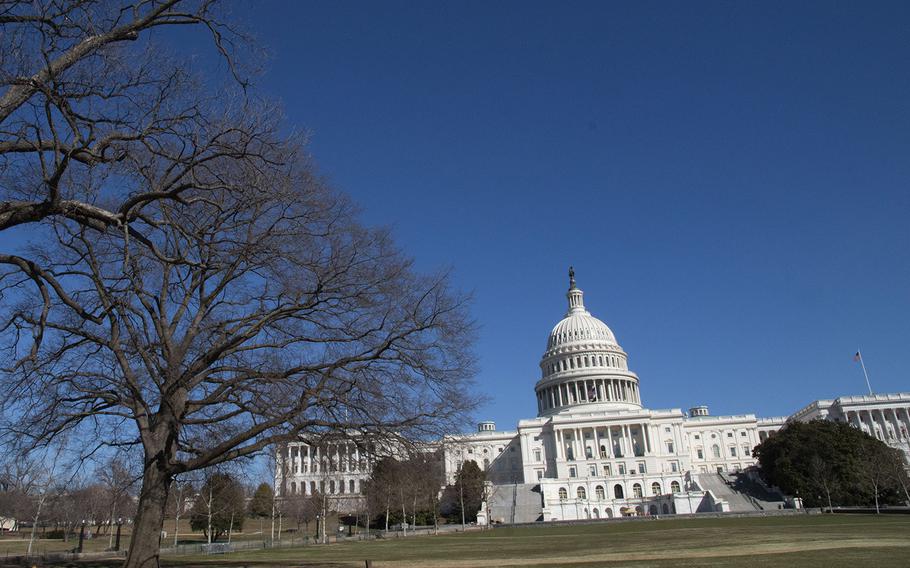 Sens. Thom Tillis and Maggie Hassan have reintroduced a bill to reform how veterans exposed to toxins receive health care and benefits and requires the use of new scientific evidence to establish whether some health problems are connected to toxic exposures.

The Toxic Exposure in the American Military, or TEAM, Act improves access to health care by providing consultation and testing through the Department of Veterans Affairs for eligible veterans exposed to toxic substances, expanding training on toxic exposure issues for VA health care and benefits personnel, and by requiring VA to develop a questionnaire for primary care appointments to help determine whether a veteran might have been exposed to toxic substances during service. It was first introduced in 2020.

“It's just that we ran out of time at the end of the Congress,” said Tillis, a Republican from North Carolina. “There was another component that [had] differing opinions on the House side about what the priorities needed to be, so we've spent the intervening time to really try to get everyone to coalesce around some of the key tenants of the TEAM Act and I think we're making good progress on the House.”

Speaking together Tuesday to announce the reintroduction of the bill, Hassan and Tillis said the impacts go beyond veterans of a specific conflict or generation and includes those exposed to toxins while serving in the United States. They were joined on the call by seven veteran service organizations, many of which noted the importance of the bill to post-9/11 veterans exposed to toxic pits of burning trash while deployed to Iraq, Afghanistan and other countries associated with the Global War on Terror.

More than 30 groups support the bill in its current form, Tillis said.

Aleks Morosky, government affairs specialist for the Wounded Warrior Project, said the breadth of veterans impacted is what is “groundbreaking” about this bill.

“It would finally provide health-care eligibility and put that process in place for VA to respond to the scientific data for all veterans of all areas who were exposed foreign and domestic, regardless of era location, now and in the future,” he said. “Veterans who have already been exposed will be covered, but we can also ensure that the next generation of veterans aren't starting from square one anymore.”

The TEAM Act also requires VA to respond to new scientific evidence regarding diseases associated with toxic exposure within an established time, establishes a scientific commission to research the health effects of toxic exposure in veterans and report the commission’s findings to the VA and Congress, and ensures VA enters into agreements with the National Academies of Sciences, Engineering, and Medicine to conduct scientific studies regarding associations between diseases and exposure to toxic substances during military service.

“It's critically important that we bring the best science we can to establish these connections. Obviously individual veterans would have a really difficult time doing this, but the [VA] and the scientific community can come together and do that,” said Hassan, a Democrat from New Hampshire. “Once the connection is established, because the TEAM Act would also ensure that the VA keeps track of who was stationed where and what kind of exposures they may have had, it will help develop an expertise within the VA for treatment.”

“Veterans who are experiencing negative health effects of toxic exposures need to be able to rely on VA for answers and a Congress that is attentive to their needs,” Moran said in a statement. “I am committed to working with my colleagues to make certain veterans who experience negative health consequences following exposure to dangerous chemicals where they were living and working while serving have access to an enduring framework, supported by science, to identify, research and address cases of toxic exposure in a timely manner.”

As debate and discussions begin for the bill, Tillis said he anticipates some additional amendments and provisions will be attached, but the veterans organizations are needed to help support the bill in both parties.

“I believe in the last administration, the real question was making sure that when we provide all of the authorities under the TEAM Act is that we also make sure that it's properly funded,” Tillis said. ‘That's what we'll continue to work on with our colleagues in the Senate and the House.”

Once it’s through, he said he has “high expectations” that President Joe Biden will sign it into law.