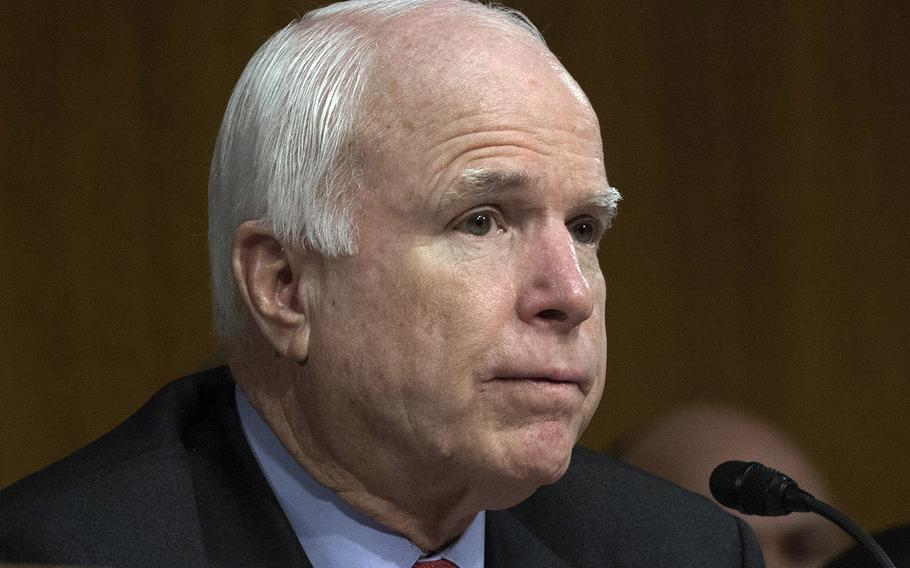 WASHINGTON — The family of Sen. John McCain announced Friday that the Arizona Republican will discontinue his treatment for brain cancer.

McCain, who left Capitol Hill in December to fight his illness, said the disease has presented a tough battle for him. He will be 82 years old on Wednesday.

“Last summer, Senator John McCain shared with Americans the news our family already knew: he had been diagnosed with an aggressive glioblastoma, and the prognosis was serious,” the McCain family said in a statement issued by the senator’s office. “In the year since, John has surpassed expectations for his survival. But the progress of disease and the inexorable advance of age render their verdict. With his usual strength of will, he has now chosen to discontinue medical treatment.”

McCain, a former Navy pilot and Vietnam War prisoner of war who entered politics in the 1980s, expressed gratitude for the support that he has received during the last year. He was diagnosed in July 2017 with glioblastoma.

“Our family is immensely grateful for the support and kindness of all his caregivers over the last year, and for the continuing outpouring of concern and affection from John’s many friends and associates, and the many thousands of people who are keeping him in their prayers,” the McCain family said. “God bless and thank you all.”