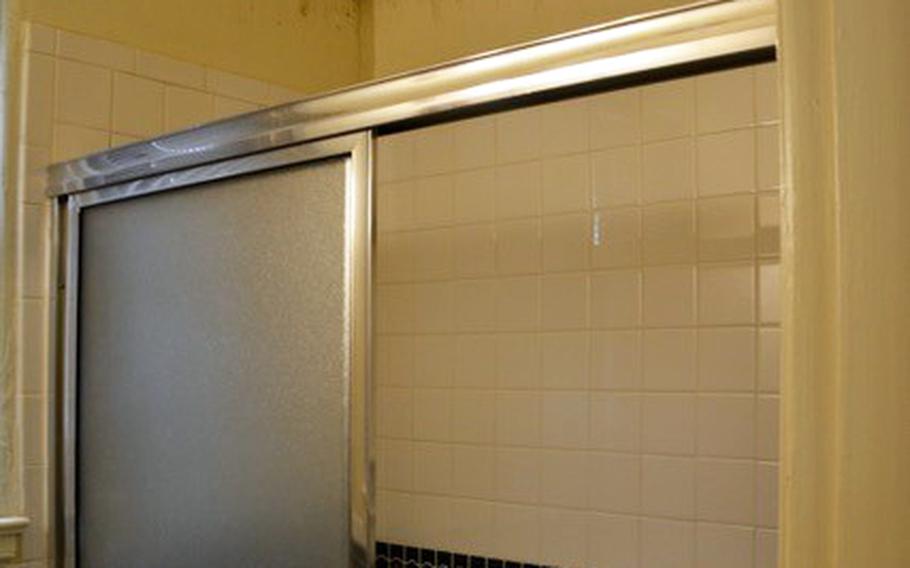 James and Kari Hill lived at Joint Base San Antonio-Randolph Air Force Base in Texas for three years. They lived with water damage, mold growth, structural deficiencies, lead paint and rodent infestations, according to a federal lawsuit filed Dec. 29 against Hunt Military Communities, the private company that manages the base family housing. (Photo provided by Watts Guerra LLP)

AUSTIN, Texas — Five military families filed a lawsuit against the private companies that manage housing at Joint Base San Antonio-Randolph Air Force Base, making it the second lawsuit in the past two years to allege poor housing conditions at the Texas base.

Each family signed a lease between 2016 and 2018 and was told the home they were renting was safe and had “no unresolved issues,” according to the federal lawsuit filed Dec. 29 in the Western District of Texas against three companies affiliated with Hunt Military Communities. After moving in, the families learned they homes had “long-standing maintenance issues.”

The houses exposed the families to dangers such as lead paint, mold, roach infestations and sewage that led to health problems including difficulty breathing, asthma, bronchitis, serious allergic reactions, nosebleeds and gastrointestinal issues, according to the lawsuit. When repairs were made, the company only provided “band-aid measures” that did not solve root problems in the home.

“There is a common theme here of reporting serious problems that any landlord should know could lead to health problems,” said Jennifer Neal, an attorney with Watts Guerra in San Antonio, who is representing families on both Randolph lawsuits.

“An overwhelming number of our clients have said, ‘We reported mold, they came in, sprayed bleach on it, painted over it and called it a day.’ That’s simply not how you remediate mold properly. It’s a pattern and practice of the privatized military housing companies. We have clients who were on these bases over a span of many years, so it’s clearly something that’s been going on for a while.”

The lawsuit requests a trial by jury to award compensation for actual damages in the past and future, economic damages, mental anguish damages, reasonable and necessary attorney fees and costs of court, among other requests.

Many of the families also want the suit to protect future military families from experiencing these same issues, Neal said.

A spokesperson for Hunt said in a statement that the company “takes these matters extremely seriously and is focused on providing our residents with healthy and comfortable homes.” The company has introduced reforms and initiatives to improve living conditions, including at Randolph Family Housing, according to the statement.

One initiative referred to as the Humidity Project is designed to assess units for excess moisture and take corrective action when necessary. The project includes the 300 historic homes managed by Hunt at Randolph.

“The work has produced positive results in reducing humidity levels in the homes that have been completed to date,” the statement said. “We remain committed to operating transparently and will continue to work collaboratively with the families we house, legislators and other advocates to ensure that we are best serving our military families’ housing needs across our properties.”

This lawsuit joins at least eight other cases that have been filed against private companies contracted by the military to provide housing on stateside military bases since a 2018 Reuters news investigation exposed the dangerous conditions of some of base housing. Other bases where lawsuits are pending include Fort Hood, Texas; Fort Meade, Md.; Fort Bragg and Camp Lejeune, N.C.; and MacDill Air Force Base, Fla.

Though Congress has intervened, creating a tenant bill of rights and enacting other reforms to improve oversight, the lawsuits state that some of the issues plaguing base housing continue to persist.

Nine families filed the previous lawsuit against Hunt for housing at Randolph in October 2019 and the two suits share many of the same attorneys. The first lawsuit is now in the discovery phase, Neal said.

“The only way for us to vindicate the rights of military families harmed by substandard housing is by showing these privatized companies that there are many more families behind those who are in active litigation,” she said. “It’s important the court system understands the scope as well.”