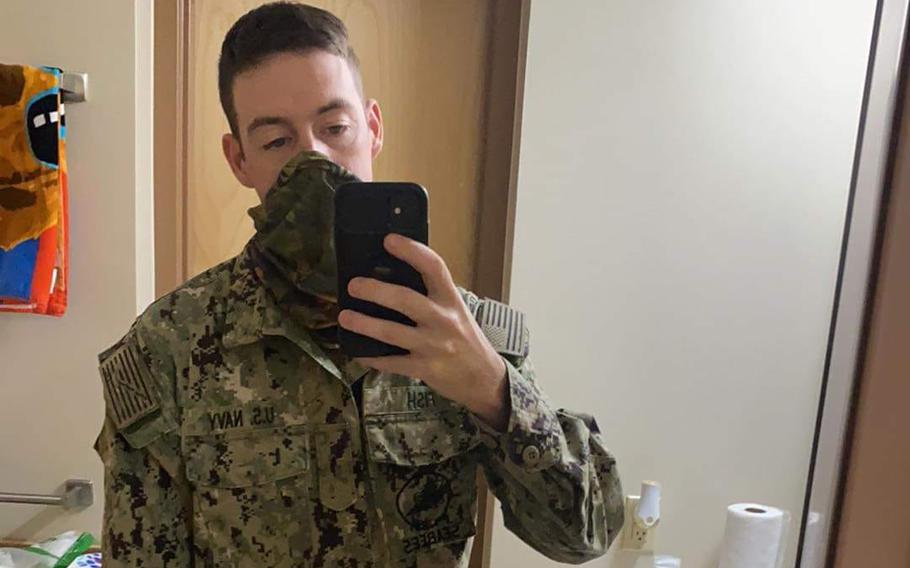 Aaron Michael Fish, 26, a sailor assigned to the Naval Mobile Construction Battalion 5, died in a vehicle accident near San Onofre State Beach, Calif. Tuesday. Five other sailors were injured in the incident. (Facebook)

Authorities in California have identified the sailor who died Tuesday in a freeway accident that injured five others, according to The Associated Press.

Stars and Stripes could not confirm Fish’s rank and job title.

Four sailors in the crash were hospitalized for minor injuries and one, in his 20s, was hospitalized with severe injuries, according to the report.

The accident happened while the sailors, assigned to the Naval Mobile Construction Battalion 5, were driving in a convoy en route to Camp Pendleton to pick up equipment, according to a Facebook post from the unit’s official page.

“We mourn our shipmate's loss,” said the message posted Tuesday. “Our thoughts and prayers are with the Sailor’s family, friends, and coworkers during this difficult time.”

The accident happened at 6:50 a.m., according to the California Highway Patrol.

“For reasons that are still under investigation, the convoy began to slow, causing a chain reaction collision,” CHP said in a news release. “One of the truck trailers was pushed forward into a cab, causing fatal injuries to the driver.

“My heart is forever shattered,” she wrote Wednesday. “We were going to have a great time when you were going to come home. I will love you till the day I die. You will not be forgotten.”

Stars and Stripes was unable to reach Fish’s command for comment Wednesday evening.