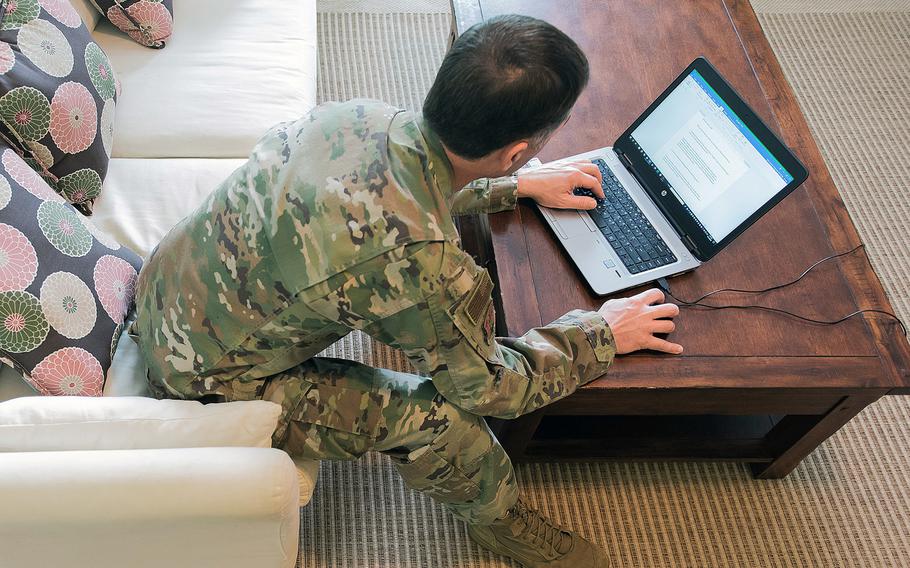 Defense Department personnel report being more productive and possibly happier due to the sharp increase in telework brought on by the coronavirus pandemic, but the shift from traditional office work also has increased security risks, Inspector General reports said.

Nearly 50% of the roughly 50,000 military personnel surveyed reported higher levels of production while another 41 % said their effectiveness remained the same, the Pentagon IG said in a report released Thursday.

Just 11.9% of respondents said they were less productive.

“Extra sleep, extra spare time, and yes ... extra work,” as one survey respondent put it. “I can’t speak for the organization as I don’t have those metrics, but as for me, production numbers are up and life is just better.”

But the transition to home offices was not without complications.

Some Army, Navy, and Air Force personnel worked without approved telework agreements or required training because some supervisors were overwhelmed with other duties, the IG found in a redacted report released Monday.

Various Defense Department components also did not fully implement controls to maintain cybersecurity, which put the department at “a higher risk of becoming victims to cyberattacks that could threaten the safety of the warfighter and the security of the United States.”

Although some of the security issues identified in the redacted report have been addressed over the past year, six recommendations remain unresolved, the IG said.

For the Defense Department, the findings in the report released Thursday could have longer-term implications for how staffers carry out their jobs in the future.

The IG recommended that the Defense Department and its service components update their respective pandemic plans “to include the revised assumptions regarding telework for essential and non-essential personnel and the resources required to support the teleworking workforce.”

Among the reasons cited for increased productivity: 78.8 % credited fewer interruptions and distractions. Additionally, 25.7 % reported that teleworking eliminated unnecessary meetings. Less time wasted commuting to the office also was cited as a major factor in allowing more time for work.