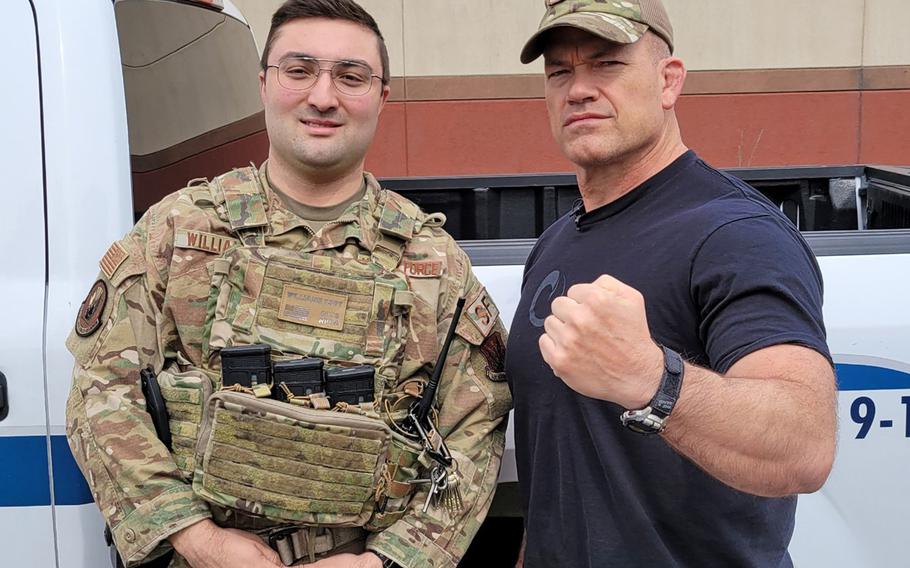 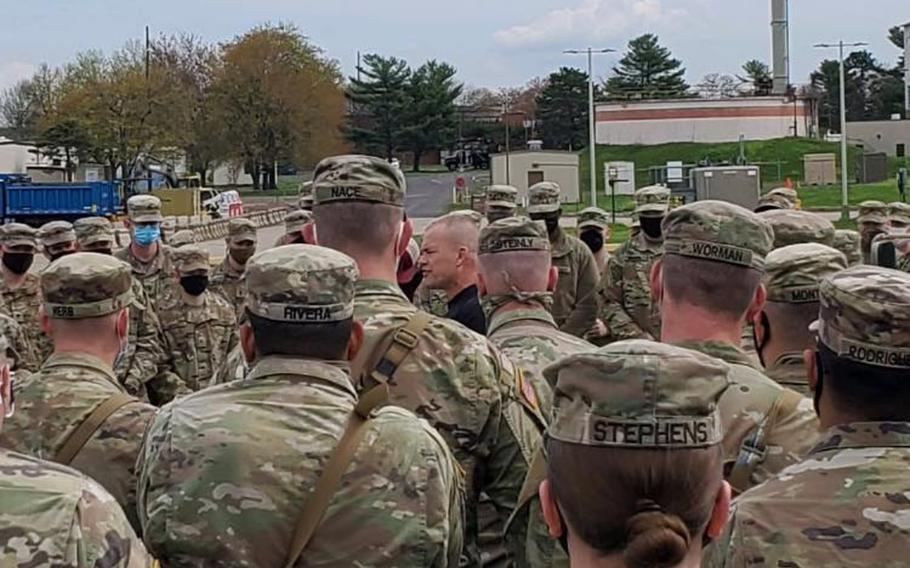 Retired Navy SEAL officer Jocko Willink speaks with soldiers during a visit at Biddle Air National Guard Base, Pa., April 19, 2021. Willink told the soldiers that the tough times are what bring units together and make people stronger. (Facebook) 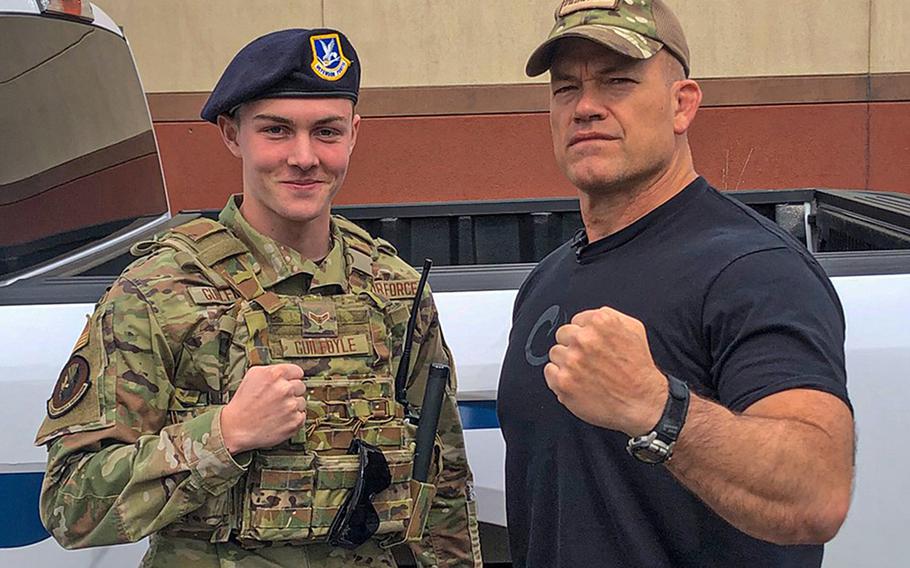 A security forces airman was guarding an air base in Pennsylvania when his idol, former Navy SEAL and podcaster John Gretton “Jocko” Willink rolled up to the gate and asked to enter.

Airman 1st Class William Guilfoyle, who prepared for basic training and pushed through technical school with the help of Willink’s podcasts, was thrilled to see the retired naval officer this month at Biddle Air National Guard Base in Horsham, Pa.

“I was just blown away to be able to meet him and shake his hand,” said Guilfoyle, a native of Susquehanna, Pa.

Willink made the impromptu visit April 19 after some Pennsylvania Army National Guard soldiers ran into him making a promotional video, the Pennsylvania Air National Guard said in a statement this week. The soldiers from the 28th Infantry Division invited him to give a speech to some 275 mobilized guard members temporarily living on the base on state orders.

When Willink and his team showed up at the gate, Guilfyole “stayed frosty,” the statement said. He and Tech. Sgt. Anthony Williams, both with the 111th Security Forces Squadron, checked the visitors’ identification, searched their vehicle, gave an operational security briefing and escorted them to the designated area.

In a three-minute video of the talk with the soldiers, posted to Willink’s social media accounts, a soldier off-screen describes a “scenario that’s not all that great.”

“Food’s not great, non-ideal sleeping conditions, maybe the shower trailer’s broke down,” the unidentified man said. “All that starts adding up.”

The crowd laughs and Willink grins before putting their plight in historical perspective.

“The worst possible day that you have on this base isn’t 15 minutes of the pain that the guys felt at … the Chosin Reservoir … at Normandy, at Gettysburg,” he said. “Whenever I face anything that’s challenging, whenever anything sucks, I like it. It’s going to make me tougher.”

The military uses the “suckfest” of boot camp and challenging schools and experiences to build bonds between troops until they ultimately arrive in combat, “which sucks the worst of all” but makes units even tighter, Willink explained.

The citation for Willink’s Silver Star earned during that deployment praises his leadership, vision and courage under fire. He spearheaded missions and led forces in “high-intensity and bloody urban warfare,” it says.

During his speech, Willink credited the bonds developed through shared adversity as directly contributing to their successes.

By Thursday, the video had garnered some 673,000 views on Instagram.

Meanwhile, the security forces rookie Guilfoyle received praise from his leadership for keeping his cool around his idol.

“We could not be prouder of our security forces squadron,” said the wing’s Chief Master Sgt. Robert Ferguson.