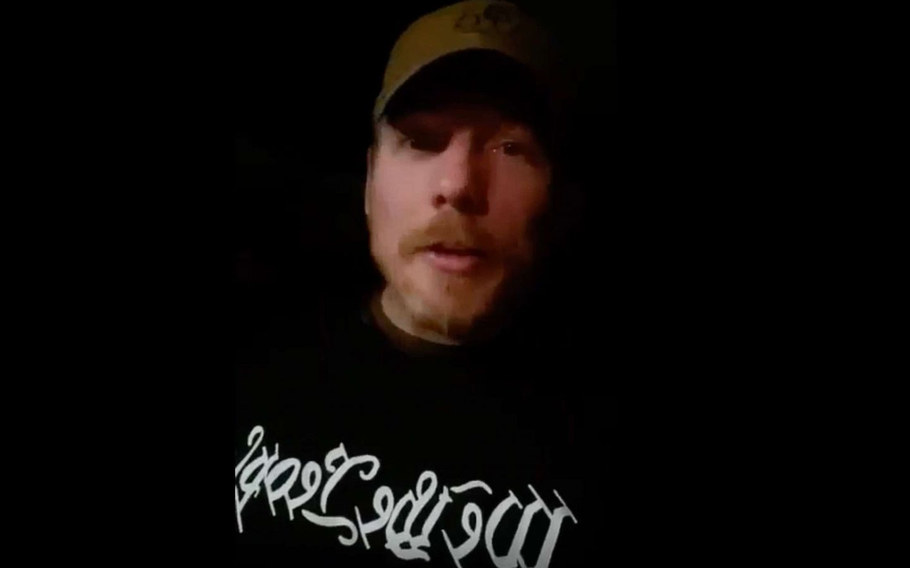 Adam Newbold, 45, from Lisbon, Ohio, a retired Navy SEAL who described “breaching the Capitol” in a Facebook video is now being questioned by the FBI about his involvement in last week’s violent riot, according to a news report. (ABC News/Twitter)

WASHINGTON — A retired Navy SEAL who described “breaching the Capitol” in a Facebook video is now being questioned by the FBI about his involvement in last week’s violent riot, according to a news report.

Adam Newbold, 45, from Lisbon, Ohio, recorded a now-deleted video when he was returning from Washington, saying he was “proud” of the riot that happened at the Capitol building, ABC News reported. The news organization was able to obtain a copy of the video before it was deleted.

From the 30 seconds of video that ABC News posted, Newbold appears to reference lawmakers who returned to the Capitol after the riot ended to conclude the certification of the election.

“What did get destroyed — and they’re obviously trying to overcome now — again maybe they’re just — they just didn’t get the message, unfortunately. I’m hoping the message was strong enough. Unfortunately, maybe it wasn’t. I hate to see this escalate more,” he said.

The Navy confirmed Wednesday that Newbold is a retired senior chief petty officer, or E-8, who served more than 23 years. Most of his career, he was either training or based at an “East Coast naval special warfare unit” until he retired from the Naval Reserve in 2017, according to details of his service record provided by the Navy.

In a Facebook video by Newbold posted the night before the riot, he said there are “good people on all sides of this thing” but they “can no longer be quiet.”

“It’s time to stand up and take our country back, and make sure that we are being respectful and doing things in the right way. We are not going down looking for a fight, keep that in mind… we are just very prepared, very capable, and very skilled patriots ready for a fight. And we will react without hesitation when called upon to do so,” he said.

Newbold told ABC News that he had been questioned by the FBI about his activities at the Capitol building and a second interview had been requested. An FBI spokeswoman from the Washington, D.C. Field Office would not confirm Wednesday that he is being questioned, saying the bureau does not comment on specific investigations.

Newbold said he now regrets being in the crowd and he had gotten caught up in the moment to try to stop the election certification and that the riot on the Capitol “was all taken too far,” according to the ABC News report.

In the deleted video after the riot, he defended the people who broke into the Capitol, saying they had to destroy doors and windows to get in to “our building, our house,” according to ABC News.

He denied harming any police officers at the Capitol or entering the building. However, in the video, he described details of the damage caused by rioters. Now his life “has absolutely turned upside-down.”