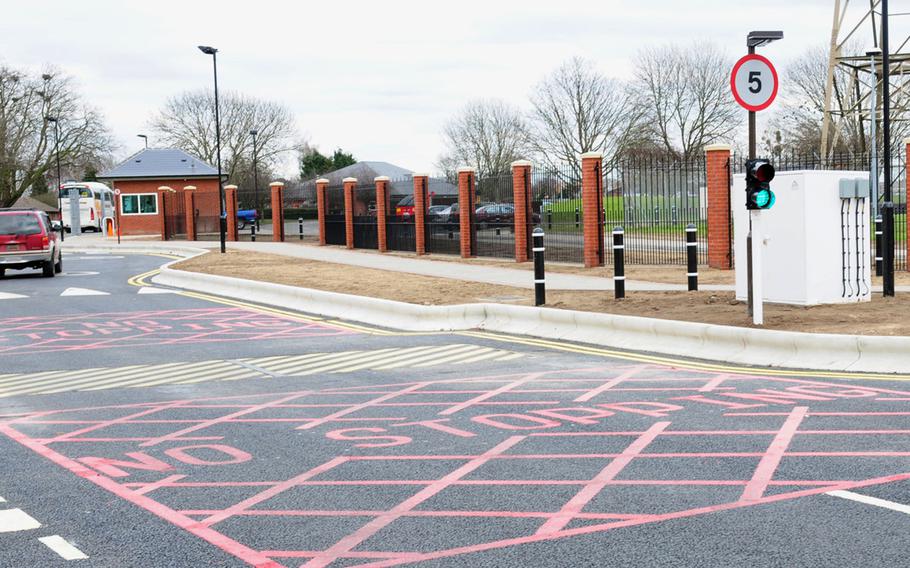 Security has been stepped up at RAF Mildenhall after an individual drove onto base through a guarded, outbound gate, and reportedly went unnoticed until he stopped to fix the tires he’d shredded on traffic spikes on the way in.

“No ill intent is suspected, and the individual was escorted off base without incident,” the 100th Air Refueling Wing, the host unit at the base in central England, said in a command statement Monday. “Extra security measures are in effect to ensure a similar incident does not occur.”

The British driver appeared to have been guided by his GPS when he erroneously entered Mildenhall through the Bird in Hand Gate, said a post Saturday on the Air Force amn/nco/snco Facebook page, which was the first to report the Jan. 23 incident.

The gate is exit-only.

None of the three security forces members noticed him as he drove past, puncturing three tires on the “alligator teeth” at the gate, said the post, using a colloquial name for traffic spikes, which are supposed to slice through a vehicle’s tires and prevent unauthorized access to installations.

“The man made it to the gym parking lot and was trying to change three flats with one spare and a member walking out of the gym approached him and knew something was wrong,” said the post, which was attributed to multiple sources.

The service member called Base Defense Operations Center “and walked the man back to the gate where his daughter was waiting,” it said.

As a result of the lapse in security, security forces on guard duty “have to stand outside the gate shack 24/7,” the post said.

Base officials are investigating the breach. A spokesman for U.S. Air Forces in Europe – Air Forces Africa on Monday confirmed details of the incident, including that the gate was guarded at the time.

Air Force officials did not say if the driver was detained.

The incident at Mildenhall came less than two weeks before a man illegally entered Joint Base Andrews, Md., and made it onto a C-40 aircraft before being apprehended.

The Air Force launched a security review of all its bases after the incident at Andrews, which is home to Air Force One. President Joe Biden was due to take his first flight on the presidential plane the day after the breach.