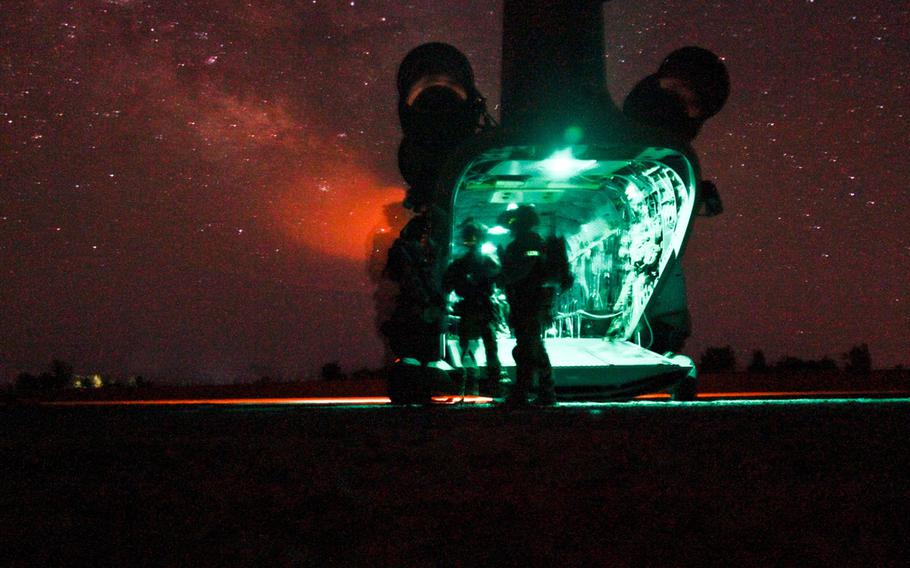 WASHINGTON — American taxpayers have spent some $6.4 trillion in nearly two decades of post-9/11 wars, which have killed some 800,000 people worldwide, the Cost of Wars Project announced Wednesday.

The numbers reflect the toll of American combat and other military operations across some 80 nations since al-Qaida operatives attacked the World Trade Center in New York and the Pentagon in Washington in 2001, launching the United States into its longest-ever wars aimed at stamping out terrorism worldwide.

The annual spending estimates released Wednesday show a general decline in war costs in 2019 as U.S. troops face less combat in major war zones such as Afghanistan, Iraq and Syria. Still, the estimated price tag for those wars increased some $500 billion since November 2018, and it has doubled since the Cost of Wars Project — a product of Brown University’s Watson Institute of International and Public Affairs and Boston University’s Frederick S. Pardee Center — first looked at cumulative wartime costs in 2011.

“The budget of the Pentagon is difficult to weed through is an understatement,” Reed said. “My hope is that this report will continue to inform, educate and serve as a resource as we consider these wars going forward … to give us a better sense of the costs of wars not in a snapshot, but the long-term costs. This should be for us [in Congress] a guide to our policies, our procedures and actions going forward.”

The actual monetary and human costs of these wars is difficult to discern, said Neta Crawford, the report’s author and a Boston University political science professor, who blasted the lack of budget transparency of federal institutions including the Pentagon and departments of Veterans Affairs and Homeland Security.

In recent years, Crawford asserted those institutions have made accessing information on how they spend taxpayer dollars more difficult, including where money is being spent overseas because items that were once reported are now “disappearing from the budget.”

She argued Wednesday that without proper accounting, the American public cannot shape informed opinions on the courses of these wars, which are generally viewed as “winding down” but continue to cost thousands of lives in 2019.

The Pentagon’s share of the spending includes the nearly $2 trillion since 2001 in overseas contingency operations funds — the wartime spending coffers used to fund most operations in places such as Afghanistan, Iraq and Syria. The Defense Department has added more than $900 billion to its base budgets since those operations began, which it likely would not have needed in peacetime, Crawford said.

But the project’s cost estimates consider not only Pentagon wartime spending, but also about $1 trillion in spending on homeland anti-terrorism measures, $131 billion for State Department wartime spending, $437 billion for veterans care through fiscal year 2020 and $925 billion of interest payments that the United States will pay on money borrowed to fund those operations. It also includes a projected price tag of more than $1 trillion in future spending on medical care through fiscal year 2059 for the men and women who have fought these wars, which is anticipated to grow further, even if the wars were to end in the next year.

The costs of America’s post-9/11 wars include not only money but the loss of lives, which the report estimated to have exceeded 800,000 people. That tally includes combatants and noncombatants in countries including Afghanistan, Pakistan, Iraq, Syria and Yemen.

The report outlines the toll on Americans. Since operations were launched in Afghanistan in the weeks after the 9/11 attacks, 7,014 U.S. service members have died in American wars, 22 Pentagon civilians have been killed, and 7,950 U.S. contractors have died.

Other deaths include more than 12,000 deaths among U.S. allied troops, 173,000 deaths in the ranks of national military and police forces, nearly 300,000 enemy fighters killed and more than 310,000 civilian deaths.

Those tallies remain largely incomplete, Crawford said, estimating civilians deaths in war zones where Americans have operated could be twice those reported, but were impossible to verify.

She urged better transparency from the Pentagon — and other federal institutions — on budget decisions and ongoing operations in the wars.

“There’s a lot of blood and treasure spent, but we’re not sure if [the wars] are successful,” Crawford said, highlighting recent Pentagon estimates of number of Taliban fighters in Afghanistan that show similar strength as it held in 2001 and estimates of Islamic State fighters in Iraq and Syria that show the group might still boast 35,000 to 100,000 fighters following its loss of territory earlier this year.