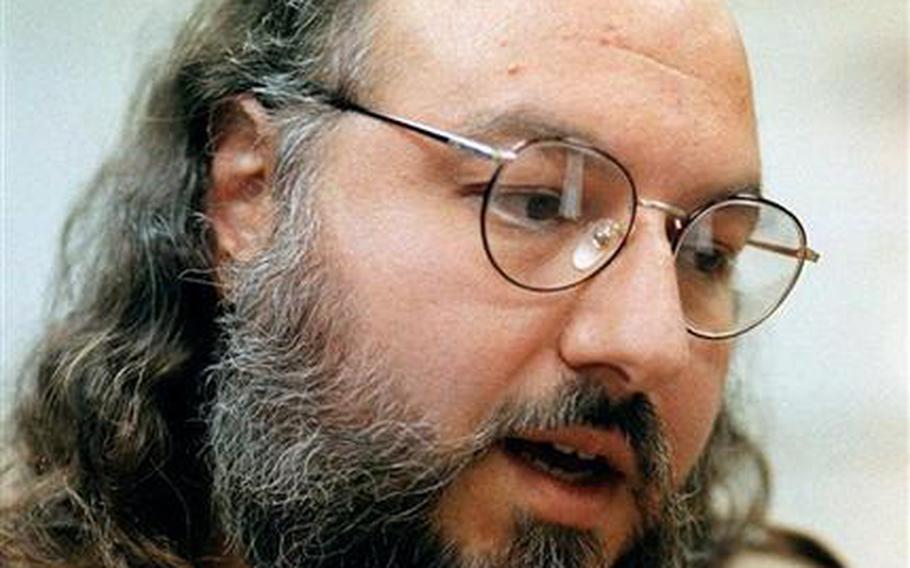 This May 15, 1998, file photo shows Jonathan Pollard speaking during an interview in a conference room at the Federal Correction Institution in Butner, N.C. (AP)

JERUSALEM — The former wife of Jonathan Pollard, an American convicted of spying for Israel, has called on the Israeli government to pay for an attorney to facilitate his freedom amid international speculation he could be released soon.

Anne Pollard told Channel 2 TV Saturday that Israel needs to provide a budget for a "top-notch attorney" for his upcoming parole hearing.

She said there has been "no official word that Jonathan is being released on any date." He is eligible for parole in late November.

Pollard, a U.S. Navy analyst, was sentenced to life in 1985 for relaying secret documents to Israel. The case roiled Israel-U.S relations.

His supporters view him a martyr who was punished excessively, pointing to other cases where spies from less-friendly countries were treated more leniently.