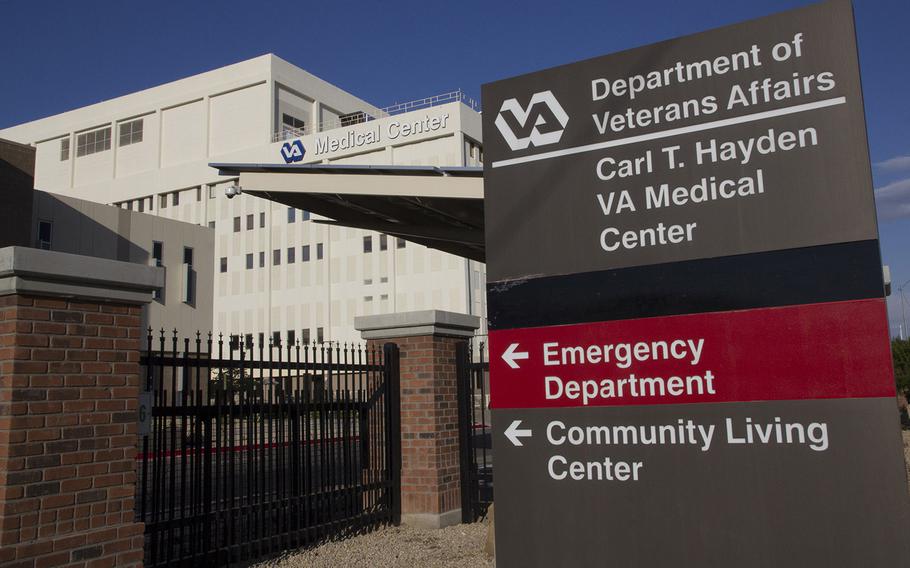 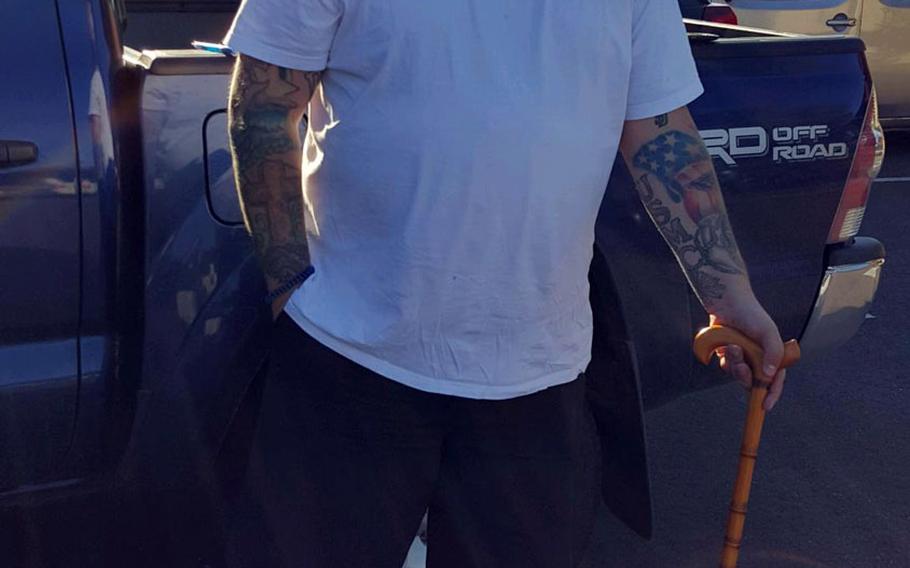 An undated photo of Phoenix VA addiction specialist Brandon Coleman, who faced retaliation after reporting that suicidal patients were being mishandled. A co-worker has been suspended after allegedly dressing in a Halloween costume that appeared to mock Coleman. (Courtesy of Brandon Coleman)

An employee of the scandal-plagued Phoenix Veterans Affairs Health System has been placed on leave for wearing a Halloween costume to work that appeared to mock a disabled Marine veteran who faced retaliation for reporting mishandling of suicidal vets.

A supervisor was also placed on administrative leave and outside investigators have been brought in, Phoenix VA spokeswoman Jean Schaefer said in an interview with Stars and Stripes. “We are appalled by it,” she said.

The incident happened just before Halloween at the office where addiction specialist and whistleblower Brandon Coleman works. Coleman was earlier suspended from his job after reporting that suicidal patients were being neglected and left to walk out of the hospital without proper care. He has since filed for federal whistleblower protection.

According to Coleman and Jared Kinnaman, a co-worker who witnessed the costume, social worker Jeremy Pottle showed up to work wearing a blond wig with a ponytail, fake light-colored beard, fake tattoos and a pillow under his shirt to give the appearance of a paunch.

“I’ve never been more angered or saddened at the same time, in everything I’ve been through for the last year,” said Coleman, who also sent a complaint to VA Secretary Bob McDonald. “It just shows that retaliation is alive and well in Phoenix.”

Reached by telephone, Pottle did not confirm or deny what had happened.

“You probably want to talk to Brandon,” he said. “Brandon’s a co-worker, I got a lot of respect for him.”

When pressed about whether he wore the costume, he said, “You need to talk to public relations on that.”

When asked whether Pottle was the employee accused of mocking Coleman, Schaefer said she could not specify but that the personnel actions were based on Coleman’s account.

“We’re going by the information from Mr. Coleman but we have no reason to doubt the circumstances that Mr. Coleman laid out, in fact we have reason to believe it,” she said. “That behavior is not in line with our values.”

The Phoenix VA is where revelations of patients dying while languishing on secret wait lists helped spark a crisis in health care that cost former VA Secretary Eric Shinseki and Phoenix VA Director Sharon Helman their jobs. Retaliation against employees who speak up against malfeasance has been common.

The costume flap is reminiscent of an incident in 2014 in Philadelphia, where a VA training guide depicted veterans as Oscar the Grouch, the grumpy "Sesame Street" character who lives in a garbage can.