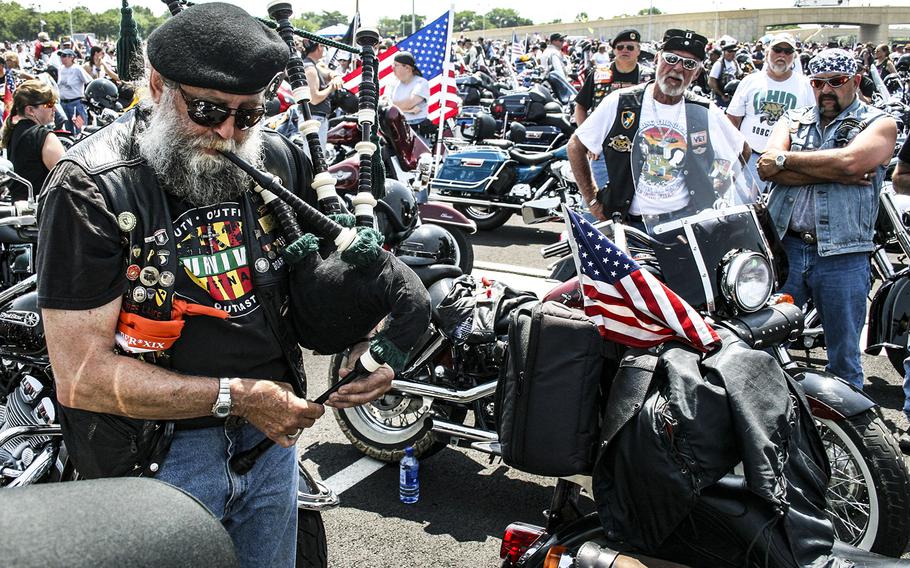 Buy Photo
In a 2006 photo, a bagpiper plays as he walks between motorcycles in a Pentagon parking lot before the annual Rolling Thunder rally. (Stars and Stripes)

Buy Photo
In a 2006 photo, a bagpiper plays as he walks between motorcycles in a Pentagon parking lot before the annual Rolling Thunder rally. (Stars and Stripes) 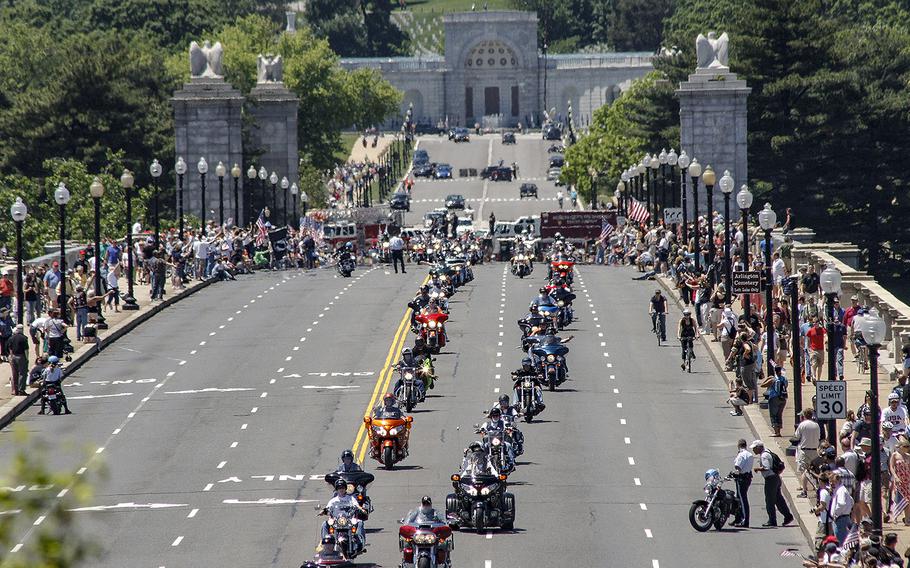 WASHINGTON – The Defense Department rejected a request from organizers of a traditional Memorial Day weekend motorcycle ride in the nation’s capital, throwing logistics of the event into uncertainty just weeks before it is scheduled to take place.

Motorcyclists typically use the Pentagon’s parking lot as a staging area for the ride, but defense officials denied the permit application Friday for this year’s event. Officials cited the ongoing coronavirus pandemic and the size of the expected crowd as the reason.

Despite the denial, thousands of motorcyclists are planning to gather in Washington during Memorial Day weekend. As of Monday, organizers didn’t know where to gather the riders before and after they drive along the National Mall.

AMVETS, a national veterans organization, is coordinating the motorcycle ride. The group said it was committed to still running the event on May 30 and organizers were searching Monday for a backup plan.

“There are no options with as much space and convenient routes to the memorials, meaning it will be more difficult, disruptive, and expensive than if the Pentagon parking lots were available,” said Joe Chenelly, national executive director of AMVETS.

The group criticized the Pentagon’s slow decision-making process. Chenelly said he applied in July to use the Pentagon parking lot on May 30. He was expecting to hear back by January.

Chenelly told the Pentagon last month that he needed an answer by April 16. Officials called with their decision on Friday.

“The biggest disappointment in the Pentagon’s denial was that AMVETS was ignored for months as its professional staff in Washington requested numerous times an opportunity to hear the Defense Department’s concerns and present a [coronavirus] safety plan,” Jan Brown, the national commander of AMVETS, said in a statement.

AMVETS leaders said they were confident they could hold a “safe, reasonable demonstration outdoors that incorporates social distancing, masking where appropriate, and sanitation stations.”

The group said it is a member of President Joe Biden’s new COVID-19 Community Corps, which is a contingent of local leaders and prominent organizations who were recruited to help inform and encourage Americans who might be hesitant to receive a vaccine.

“The administration included AMVETS in this new group as ‘a trusted voice in communities across the United States,’ but the Pentagon wouldn’t have a conversation with us to share their concerns and give us the chance to address them before deciding to refuse our application,” Chenelly said.

Rolling Thunder operated a motorcycle ride through Washington for 32 years before hosting its last event in 2019. AMVETS took over in 2020 and planned an event to replace the popular ride. It was designed to raise awareness for prisoners of war and troops still missing in action, as well as the issue of veteran suicide.

The event, now titled Rolling to Remember, was canceled last year because of the coronavirus pandemic.