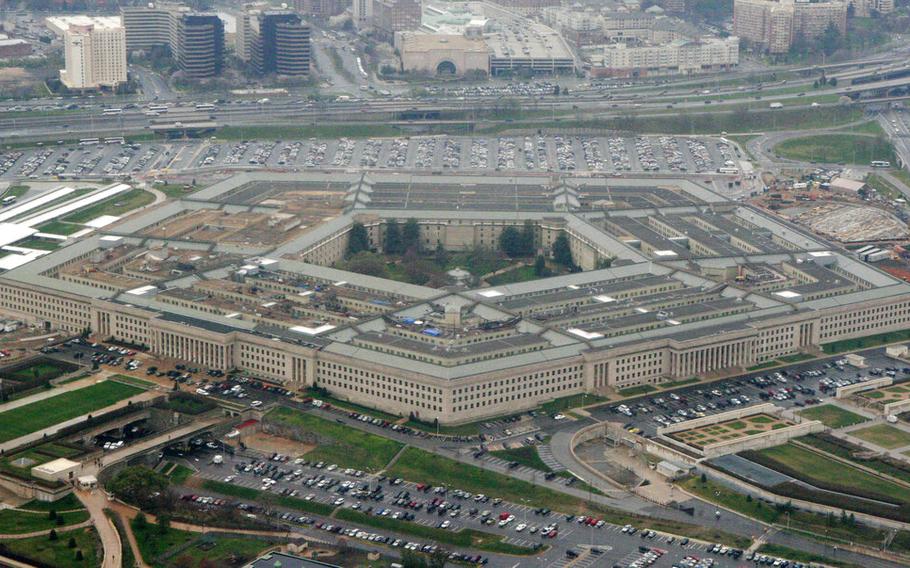 Defense Department officials said on Wednesday, March 31, 2021, that the Pentagon will sweep away Trump-era policies that largely banned transgender people from serving in the military and will issue new rules that broaden their access to medical care and gender transition. (Charles Dharapak /AP)

The Pentagon on Wednesday unveiled new regulations allowing transgender troops to serve in their preferred gender and affording them access to military medical care.

“[Defense Secretary Lloyd Austin] strongly believes that the all-volunteer force thrives when it is composed of diverse Americans who can meet the high standards for military service in an inclusive force that strengthens our national security posture,” Kirby said during a briefing at the Pentagon.

The policy announced Wednesday will be implemented in 30 days and largely reverts to the Pentagon regulations announced in 2016 toward the end of former President Barack Obama’s administration, which halted the longstanding ban on open service for transgender men and women. That policy, which was backed by then-Vice President Joe Biden, allowed troops to officially change their gender in their military profiles and serve in that sex, as long as they could meet minimum fitness and other standards.

Stephanie Miller, the director of military accession policy at the Pentagon, said Wednesday that the number of service members who identified as transgender ranges from 1,000 to 8,000. She also said 2,200 members of the military have been diagnosed with gender dysphoria.

As for medical care options, Miller said Pentagon officials do not have data on how many transgender service members pick specific medical treatments, such as hormone therapy or gender-affirming surgery because each case is based on the individual’s needs.

“I think it's important to emphasize that all medically necessary care to include gender transition surgery will be available under these new policies,” she said.

Pentagon data shows the costs for transgender medical treatments is “very small, a handful of a million dollars per year, which is really covered within the defense health budget of several billion,” Miller said.

The policy announcement also came on International Transgender Day of Visibility, a day meant to “honor and celebrate the achievements and resiliency of transgender individuals and communities,” according to a White House proclamation, which noted the “struggle, activism and courage” of generations of transgender Americans.

Biden’s order immediately stopped involuntary separations, discharges and denials of reenlistment or continuation of service due to gender identity. It also started a process to find and examine records of personnel who were kicked out of the service based on their gender identity and correct their military records, the White House said.

Biden gave the Pentagon 60 days to write the new policy, which was immediately backed by Austin. Qualified transgender men and women desiring to serve in the military “shall be able to do so openly and free from discrimination,” the retired Army four-star general said in a statement.

Like the Obama administration officials who ended the ban in 2016, Biden officials have said opening service to transgender individuals was necessary to ensure all Americans capable of contributing to the military were allowed to do so.

The Pentagon long insisted its policy was not a blanket ban because of its protections for those transgender service members who came out after the 2016 policy and a waiver process that could allow some transgender people to join the military.

But the policy barred nearly all people diagnosed with gender dysphoria — described by the American Psychiatric Association as “a conflict between a person’s physical or assigned gender and the gender with which he/she/they identify.” It did allow people to enlist with a diagnosis of gender dysphoria who had doctor certification that they had remained stable in their biological sex for 36 months. It disqualified all people who had medically transitioned their sex.

Advocates for gay and transgender service members said Wednesday that they were pleased to see the Pentagon take another step toward opening service to transgender men and women.

“This is a big step toward making our military stronger and fairer, and it recognizes years of research showing that a single standard for all service members improves readiness and allows for the widest possible pool of qualified personnel,” said Aaron Belkin, the director of the Palm Center, a research institutes that studies LGBTQ inclusion in the military. “We will continue to monitor the reintegration of transgender troops, and to help ensure that every American willing and able to serve has the opportunity to defend their country.”

Shannon Minter, the legal director at the National Center for Lesbian Rights, which has represented transgender troops in legal action against the Trump administration, said the new policy should end “an ugly and shameful chapter” in recent military history.

“Eliminating the ban will increase the strength and stability of our armed forces and should be easy to implement, since doing so simply requires the military to treat transgender people the same way it treats other servicemembers,” he said.

Democratic members of the House Armed Services Committee on Wednesday praised the policy change for transgender troops. Rep. Adam Smith, D-Wash., the committee’s chairman, commended Biden for “appreciating the many contributions they make to our national security.”

“This change in policy affirms the inherent worth of all service members — regardless of their gender identity, race, religion, national origin, color or sexual orientation — and will allow thousands of transgender service members to continue serving the country they love as their authentic selves,” Smith said in a statement.

Rep. Jackie Speier, D-Calif., the chairwoman of the House committee’s military personnel subpanel, also praised the Pentagon policy and said they “did the right thing.”

“While President Biden and Secretary Austin have kept their promises to defend transgender service members who put their lives on the line for Americans, we must ensure that we never back track again on basic human decency,” she said in a statement.

The top officers for each of the military services in recent years have told lawmakers that they had seen no evidence that transgender service members disrupted unit cohesion, one of the Pentagon’s primary justifications for implementing its ban. Defense Department officials during the Trump administration claimed to have data confirming that assertion, however they never made it public.