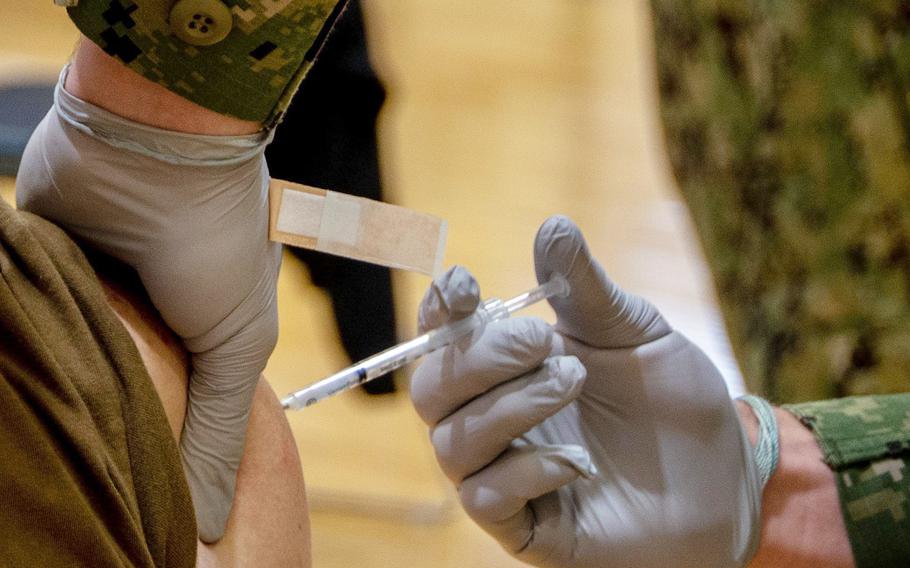 WASHINGTON — The Pentagon on Friday said it had alerted thousands of active-duty troops to prepare to deploy to support coronavirus vaccination efforts throughout the United States.

Defense Secretary Lloyd Austin increased deployment authorizations this week from 1,100 troops to 4,700 to work at vaccination centers chosen by the Federal Emergency Management Agency, said John Kirby, the Pentagon’s top spokesman. The troops will be divided into 25 teams, which will include vaccinators, nurses, administrative troops and others needed to help civilian officials run large, makeshift vaccinations sites.

Last week, Austin approved the deployment of the first five teams of 222 troops each, but so far only one of them has deployed. That team of soldiers from Fort Carson, Colo., recently arrived in Los Angeles, where it will begin work Monday at a “mega vaccination site,” Kirby told reporters at the Pentagon. He expected the next four teams — one each from the Army, Air Force, Marine Corps and Navy — to be identified and deployed by next week.

The new authorizations will include 10 teams of 222 troops modeled after the group sent to California and another 10 teams of 139 service members each, Kirby said. The smaller teams were expected to support smaller vaccination locations, he said.

FEMA is making the decisions on which locations it wants to send the troops, Kirby said. FEMA has requested a total of 10,000 troops, which Kirby said could eventually be sourced via active-duty, National Guard and Reserve forces.

For now, Kirby said the Pentagon is trying to work ahead of FEMA’s requests so it can deploy its service members in a “phased and deliberate approach” in which they are ready as soon as they are needed.

Austin has pledged the Pentagon under his leadership would do as much as it could to aide other government agencies in the fight against the coronavirus pandemic, which has killed nearly 480,000 Americans, according to Johns Hopkins University. The Pentagon has said 21 service members have died of coronavirus-caused complications.

Meanwhile, President Joe Biden has vowed to beef up the country’s vaccination efforts, announcing Thursday that his administration had secured an additional 200 million doses of vaccines expected to be available to Americans by summer.

The United States is administering about 1.6 million vaccine doses per day, according to the national Centers for Disease Control and Prevention. About 10.5% of the American population had received at least the first of two shots as of Thursday, the CDC said.