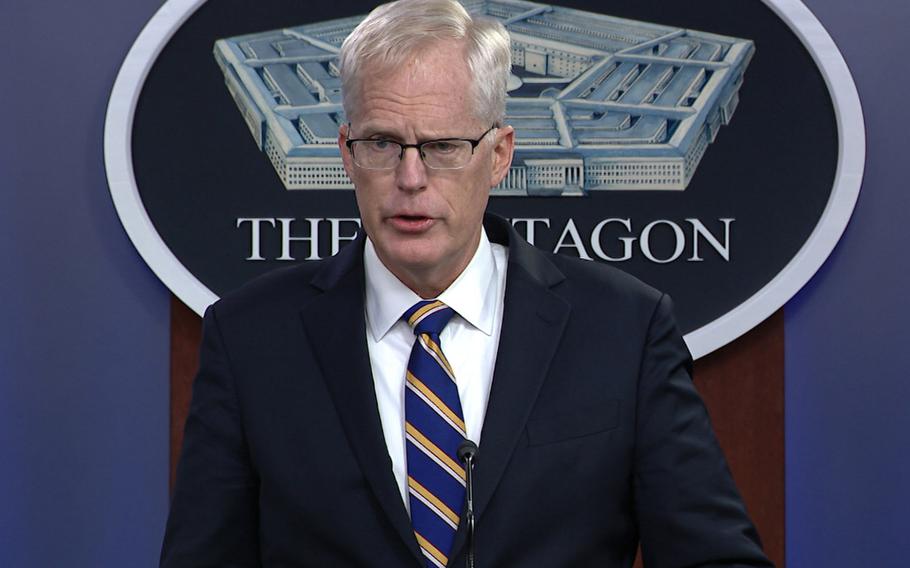 The Pentagon issued a statement that the Defense Department continues to support the transition of power in line with the President Transition Act, the White House and Biden-Harris Transition Team Memorandum of Understanding, and DoD policy.

“The Department of Defense will continue to provide all required support to the agency review team to keep our nation and her citizens safe,” Miller said in a prepared statement.

Axios reported Friday that Miller had ordered Thursday evening that the Pentagon stop scheduled transition meetings with Biden’s team. The meetings are being conducted with department officials so the transition between President Donald Trump’s administration and Biden’s has continuity throughout all government agencies and departments.

In response to the report, Miller said in his statement that meetings scheduled for Friday are being rescheduled for after a “mutually agreed upon holiday pause, which begins tomorrow.”

About 20 interviews with 40 officials were planned for Friday and are now being rescheduled to take place after Jan. 1, according to the statement.

However, Yohannes Abraham, the executive director of the Biden transition team, pushed back Friday on the Miller’s statement that the team had agreed to a pause.

“Let me be clear. There was no mutually agreed upon holiday break. In fact, we think it's important that briefings and other engagements continue during this period, as there's no time to spare,” he said during a news briefing.

Abraham also said the agency review team found out about the pause in meetings Thursday.

Officials at the Pentagon have been concentrating this week on issues including the coronavirus vaccine distribution efforts and the cybersecurity hack of federal agencies allegedly by Russia, and they needed time Friday for focus on those priorities, according to a defense official who spoke on condition of anonymity to discuss the decision to reschedule the transition meetings.

The meetings with department officials tend to take at least 30 minutes to an hour, according to the official.

The decision was “not a conspiracy from Kash Patel or Miller to slow roll the transition," the defense official said.

Patel is Miller’s chief of staff and is overseeing the department’s transition effort.

“Our key focus in the next two weeks is supporting essential requests for information on [Operation Warp Speed] and [coronavirus] information to guarantee a flawless transition. This is my major focus area,” Miller said in the statement.

The department has not cancelled or declined interviews with the transition team, according to Miller, and he said he remains “committed to a full and transparent transition.”

Since Nov. 23, the Defense Department has conducted 139 interviews with 265 officials, responded to 161 requests for information, provided 4,400 pages of controlled nonpublic information and provided 900 pages of classified information, according to the Pentagon.