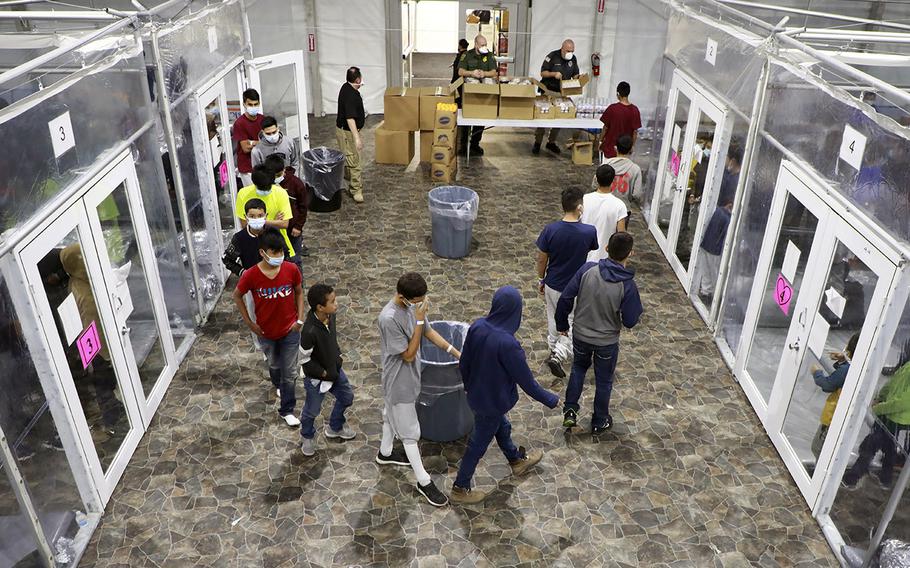 “[The Department of Defense] will provide [Department of Health and Human Services] officials access to these locations immediately to begin initial actions to prepare for receiving unaccompanied migrant children as soon as preparations are complete,” John Kirby, the Pentagon’s chief spokesman, said in a statement.

The approval comes a day after the Pentagon announced the two bases had been requested by the Department of Health and Human Services to temporarily house the children. The U.S. border with Mexico has experienced rising numbers in migration, including unaccompanied children, since April due to violence, natural disasters, food insecurity, and poverty in Central America, according to a Department of Homeland Security statement issued March 13.

Children who are found by U.S. Border Patrol agents must be transferred to HHS within 72 hours, but more than 3,000 children have been held for longer and in unfit facilities, according to recent news reports.

Kirby told reporters earlier Wednesday at the Pentagon that the HHS request for support at the bases would last until the end of the year. He would not say how many children HHS expects to house at each location.

Children sent to Joint Base San Antonio will stay in a vacant dormitory. Land at Fort Bliss will be used to build temporary housing facilities. The support is “on a fully reimbursable basis” and will “not negatively affect” military operations or readiness, according to the statement.

While this would not be the first time that unaccompanied children have been housed at military installations, the coronavirus pandemic does add to health concerns among the children and base community, Kirby said.

The children will be under the care of HHS, including their supervision and meals, when they are at the bases. The Defense Department could potentially assist with contracting support at facilities to help expedite the process, Kirby said.

HHS also conducted a site survey Wednesday of Peterson Air Force Base in Colorado, the headquarters for U.S. Space Command, as an additional site to house children, Kirby said, but the results from the visit are still unknown.

HHS had looked at Fort Lee near Richmond, Va., as a site for the children. However, it was determined the infrastructure was not suitable for them and is no longer being considered, Kirby said.