Pentagon-approved tourniquet, previously banned by Army, is available to soldiers after lawsuit settlement 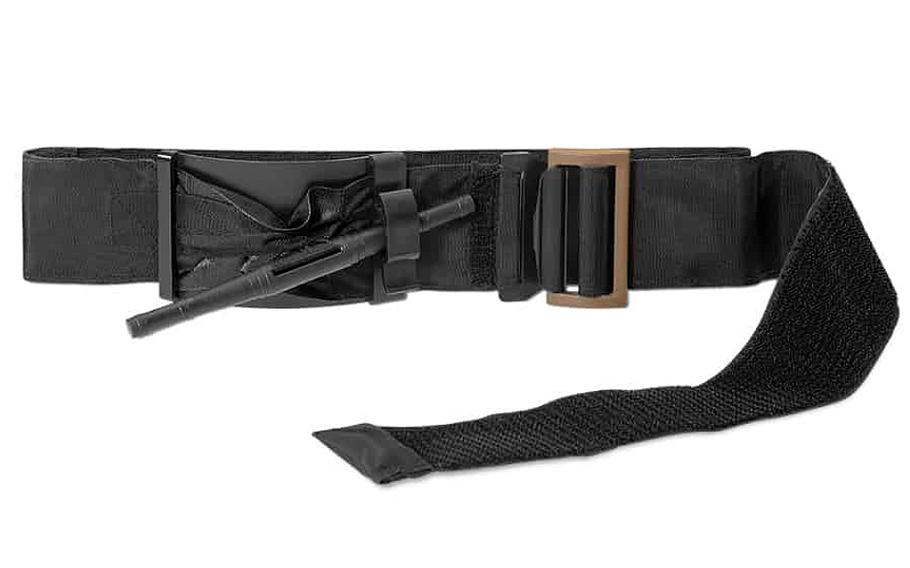 Army restrictions on the procurement of Combat Medical LLC's Tactical Mechanical Tourniquet and medical kits containing that item have been removed. (combatmedical.com)

Army units can now purchase a tourniquet previously banned by the service after a retired Green Beret’s medical supply company settled a lawsuit last month with the federal government over procurement law violations.

North Carolina-based Combat Medical LLC and its parent company Safeguard Medical reached an agreement with the Justice Department on Feb. 25 to remove Army restrictions on the procurement of its Tactical Mechanical Tourniquet and medical kits containing that item. The settlement, the result of a lawsuit filed in Federal Claims Court in October, was made public Thursday.

Corey Russ, a retired Army Special Forces medic who founded Combat Medical in 2008, said he believes adding the Tactical Mechanical Tourniquet, or TMT, to the Army’s inventory can save lives on the battlefield. Russ, an Afghanistan combat veteran, said the TMT’s design with a wider strap solves an issue with the Army’s long-standard tourniquet, which sometimes requires two tourniquets to stop bleeding.

“Whether in extreme environments in close combat or prolonged field care, Combat Medical’s TMT tourniquet provides a more reliable solution so every soldier can save a life when duty calls,” Russ said. “We will continue to work with the Department of Defense to achieve our goal of providing members of the military at every skill level and in any environment with the best tools and training to save lives."

Russ and Safeguard Medical CEO Adam Johnson filed their suit in October 2020 after failed attempts to convince the Army to reverse its decision to issue a de-facto ban on the TMT in October 2018, when it placed an administrative code on the product that barred units from ordering it. The code, Russ and Johnson argued, is meant to be placed on items deemed “condemned” by the U.S. Food and Drug Administration. In the lawsuit, they charged the Army wrongly applied the so-called “T-code” to the TMT – and medical kits sold by Combat Medical containing the tourniquet – without ever providing them an explanation.

At that time, according to the company, Army units had issued the TMT to some 130,000 soldiers.

Russ and Johnson said this week that they believed their settlement marked the first time in history a medical product previously barred by the Army had been re-authorized for use.

Their legal battle highlighted problems within the military procurement process, they said. While top Army officials -- and those from the other military services – have increasingly looked to products outside the Defense Department’s standard gear, Combat Medical officials said the service placed unneeded roadblocks to providing such equipment, like the TMT.

The company said it believes the Army’s actions were meant to reinforce that soldiers carry only standardized medical gear into battle.

“Ironically, our lawsuit was the best way to help align [Defense Department] procurement actions with command intent,” Johnson said. “As a result, we made the choice not to seek damages in our complaint, but merely the reversal of steps taken to inappropriately block procurement of innovative products.”

It was not immediately clear Friday what the demand for the newly available products would be within the Army or how much money the company could ultimately make following the lawsuit settlement.

A spokeswoman for the Army organization responsible for overseeing combat medicine research did not dispute that the product was a casualty of the Army’s standardization processes, but she did not provide a specific reason for the Army’s initial decision to disqualify soldiers from using the TMT.

"The Army follows a process to standardize soldier issued medical equipment to ensure soldiers are properly trained and prepared to use equipment under combat or other life-threatening conditions,” said Lori Salvatore, a spokeswoman for U.S. Army Medical Research and Development Command. The TMT is now available for Army units to order, she added.

The lawsuit settlement came as the Army’s command in charge of its combat force, Fort Bragg, N.C.-based Forces Command, recommended in September that the Army make the TMT and medical kits – the basic first-aid kits all soldiers carry and the larger emergency response outfits medics use – available again for units to purchase.

Army Brig. Gen. Edward Bailey, FORSCOM’S top medical official, made the recommendation largely based on the findings of the Pentagon’s Committee on Tactical Combat Casualty Care. After a thorough evaluation in 2019, the committee recommended the TMT for use by American troops, among other tourniquets that included the Army’s standard Combat Application Tourniquet, said Paul Boyce, a spokesman for FORSCOM.

“Therefore, the FORSCOM Surgeon [Bailey] believes that units should be able to purchase this device, if desired by commanders,” Boyce said.

The TMT was developed with the Army’s input as the service launched a program in 2005 meant to improve the tourniquets that its forces were carrying in places such as Iraq and Afghanistan. Combat Medical has called the design a “major advancement in tourniquet care,” noting its 2-inch-wide pressure band is wider than other standard tourniquets.

“The decision by the Department of Justice to remove the artificial blocks which prevented the Army from providing U.S. soldiers with Combat Medical’s advanced, life-saving emergency medical equipment is a win for America’s warfighters,” Johnson said. “Our lawsuit brought attention to missteps within the procurement process … and the result is the renewed ability to provide soldiers with proven and advanced solutions like the TMT tourniquet to help eliminate preventable deaths on the battlefield.”