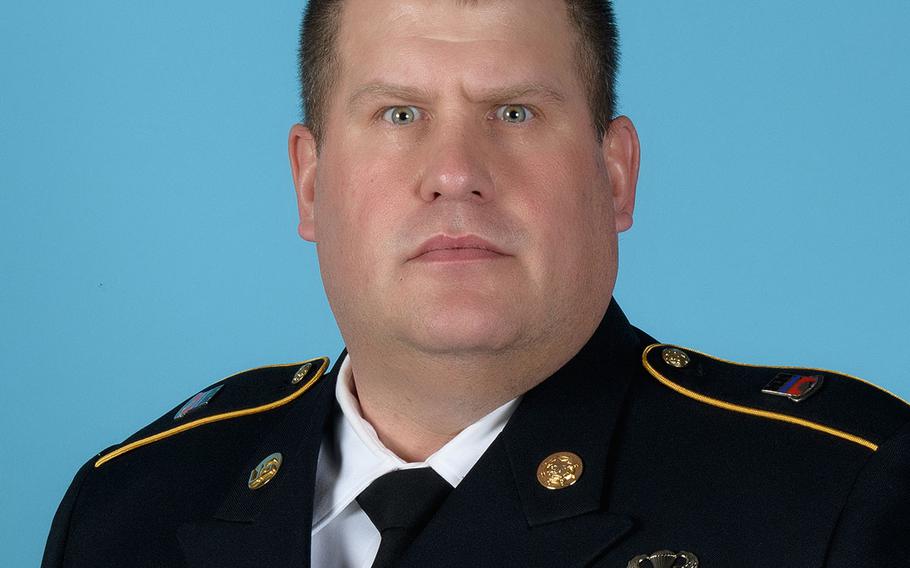 WASHINGTON — The Pentagon has reported a North Dakota Army National Guardsman is the 12th service member to die of the coronavirus since the start of the pandemic, making November the deadliest month from the virus for the military.

Master Sgt. Robert Thomas Lawson, 48, died Nov. 24 at Minot Hospital, according to William Prokopyk, a spokesman for the North Dakota National Guard. However, the North Dakota Guard is still waiting on the official cause of death for Lawson and whether it was related to the coronavirus, according to Prokopyk. Lawson was not on state active duty when he died.

Lawson’s case was reported to the Pentagon as a presumed coronavirus death, without a final confirmation as of Monday, according to a defense official who spoke on condition of anonymity in order to discuss the reporting. The death was added Monday to the total military coronavirus deaths in the Pentagon’s case chart.

If confirmed as a death from the coronavirus, Lawson would be the fourth service member to die in November due to the disease. August was the second deadliest month with three military deaths from the virus, the Pentagon reported.

Lawson also would be the third guardsman to die of the virus in November, and would bring the total number of guardsmen to die from the illness to five since the start of the pandemic. An Army reservist from Florida, Sgt. 1st Class Calvin Ogletree III, also died from the virus in November.

Lawson served for more than 30 years with the North Dakota, Alaska, and Oklahoma Army National Guards, according to Prokopyk, most recently as an operations sergeant with the 141st Maneuver Enhancement Brigade based in Fargo, N.D. His service included a deployment to Operation Iraqi Freedom from 2003 to 2005 with Company B of the 141st Engineer Battalion of the North Dakota Guard.

His awards include the Bronze Star Medal, the Army Commendation Medal, and a Valorous Unit award for Company B.

The United States is experiencing record numbers of new cases of the virus, now averaging about 160,000 cases per day during the last week, The New York Times reported. On Tuesday, the country surpassed 13.6 million cases of the virus and 269,667 deaths since the pandemic began, according to Johns Hopkins University.

As of Monday, the military has had 79,020 cases of the virus, with the National Guard Bureau reporting 9,474 cases among its personnel, according to the latest Pentagon coronavirus case chart. The Army has the most cases of any service at 28,555 as of Monday, with the Navy having the second highest at 16,620 cases. The Air Force has had 14,382 cases and the Marine Corps has had 9,449 cases as of Monday.