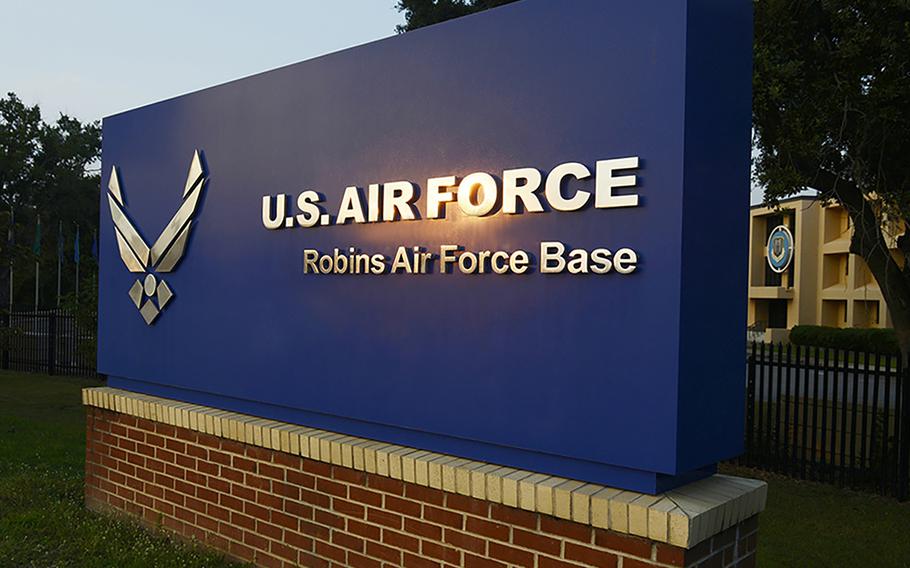 The latest death included in the Defense Department’s daily tally of coronavirus cases was that of a defense contractor who worked at Robins Air Force Base. ()

WASHINGTON – Eight people tied to the Defense Department have died of complications related to the coronavirus, the Pentagon announced Wednesday in data that also showed more than 2,000 troops had tested positive for the disease.

The latest death included in the Defense Department’s daily tally of coronavirus cases was that of a defense contractor who worked at Robins Air Force Base in Georgia. That individual was the second defense contractor to die after contracting the virus. Five DOD civilian workers and one New Jersey Army National Guardsmen have also died.

Officials at Robins AFB first announced the contractor’s April 3 death on Monday. It was not immediately clear Wednesday why that death was not included in the Pentagon data until almost a week later. However, Pentagon officials have acknowledged challenges amassing information for daily release from across the DOD’s worldwide operations.

Air Force Col. Brian Moore, Robins’ installation commander, said the contractor who died had been undergoing treatment for respiratory complications before testing positive for the coronavirus. That individual had been teleworking since mid-March before showing any signs of illness, he said in a statement.

“We are saddened by the loss of an Air Force Life Cycle Management Center contract team mate,” Moore said in the statement. “This is a difficult time for all as this virus increasingly affects the base and community.”

Air Force officials declined to provide additional information about the contractor, including the person’s age, citing federal medical privacy law. The Centers for Disease Control and Prevention has said people who are 60 years old or older are the most likely to be severely sickened or killed by the disease, though younger people are not immune.

Capt. Douglas Linn Hickok, the Guardsmen killed by the virus on March 28, was 57. He was a physician assistant who was preparing to be activated for New Jersey’s response to the pandemic, family members said.

Pentagon officials have taken precautions in an effort to protect troops, including this week ordering people who cannot maintain six feet of space from others to don protective face coverings. But they have also repeatedly said the force is largely young and fit, making them likely to recover if they contract the virus.

"With regard to the uniformed people, I do think they are very fit, I think that they will fare well throughout this,” Defense Secretary Mark Esper said last month. “We watch them, and protect them, and as need be, we test them. But, in terms of the military population, they’ll be fine.”

Esper has often repeated some variety of that same message throughout the crisis.

The Pentagon’s latest data also showed at least 2,120 military troops had tested positive for the virus by Wednesday. Among them, 144 had recovered from the disease and 61 were hospitalized. DOD reported a total of 1,641 coronavirus cases among its troops on Tuesday.

The Navy remains the hardest hit service with 513 active cases of the virus – including 286 among the crew of the stricken aircraft carrier USS Theodore Roosevelt, according to CNN. The Army on Wednesday reported 470 active cases, the Air Force reported 351 and the Marines reported 140. The data also showed 249 cases among National Guard troops.

Pentagon officials acknowledged a discrepancy of 252 active cases between the Pentagon’s data and information compiled by the services, but they did not offer an explanation for the difference.

Another 1,040 military-linked individuals had tested positive for the virus as of Wednesday, according to the Pentagon. They included 461 DOD civilian workers, 382 military dependents and 197 defense contractors.