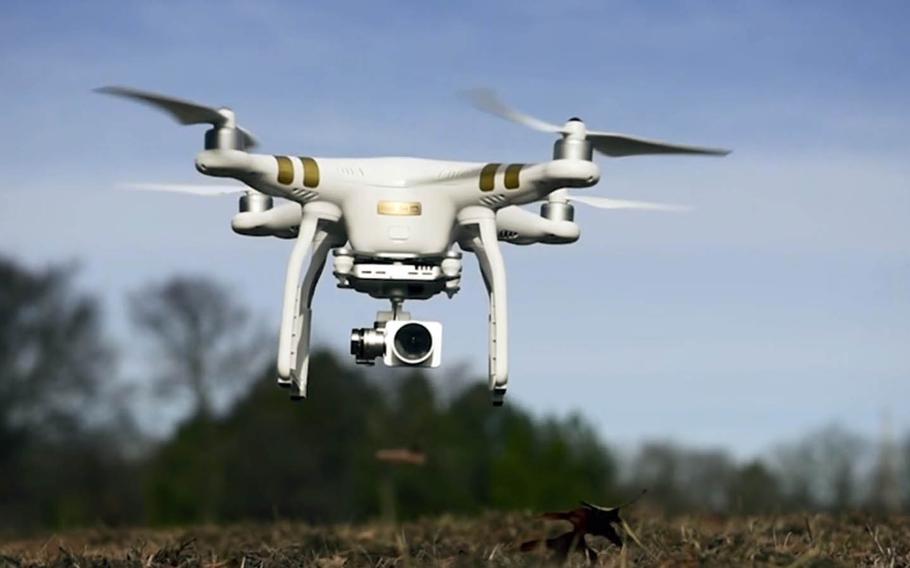 Federal Aviation Administration officials said they want all, or nearly all, drones to have the electronic equivalent of a tail number that would allow them to be identified from afar. (Courtesy of the U.S. Air Force)

The Defense Department detected nearly 100 unauthorized drones flying near the Pentagon over a two-month period last year, according to officials involved in a survey of drone activity near military bases.

The study — conducted amid concerns that terrorists and spies could use the remotely piloted aircraft for surveillance, espionage and attacks — follows a Federal Aviation Administration ban of unauthorized drone flights over 133 military bases.

Officials did not provide a list of the installations involved in the survey.

However, drone-detection equipment was deployed last year at two bases near the nation’s capital — Fort Lesley J. McNair from July 19 to Aug. 24 and Joint Base Myer-Henderson Hall from Aug. 24 to Sept. 23, said Michael Howard, public affairs director at Myer-Henderson Hall.

“We detected 95 instances of drone activity,” he wrote in an email to Stars and Stripes. “We did not attempt to determine the nature of the drone activity, whether it was recreational or something else.”

Both bases are less than two miles from the Pentagon and Ronald Reagan Washington National Airport and inside the 15-mile radius inner ring of a “no drone zone” where those flights are banned “without specific FAA authorization.”

The purpose of the study was to determine if drones were flying over bases and start a discussion about the threats those aircraft could present to military installations, Howard said.

People are worried that America’s adversaries might use drones to monitor troop movements, supply levels or training exercises inside military facilities, said Pablo Estrada, a spokesman for airspace security company Dedrone, which helped the Defense Department conduct the survey.

In June, a drone believed to have been sent by North Korea took photographs of an advanced U.S. missile-defense system, known as THAAD, in South Korea, the country’s defense ministry said.

Dedrone’s sensors monitor radio signals from remotely piloted aircraft and can determine their manufacturer, model and distance, said Estrada, adding that many of the drones detected near the bases were small models that are readily available to consumers.

“There are larger business drones that are very powerful but they are also expensive and quite large,” he said.