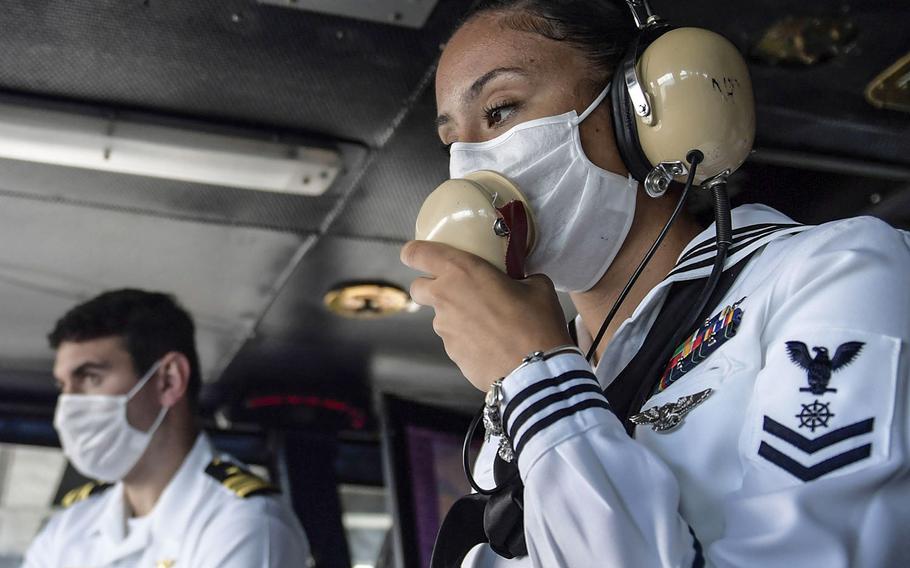 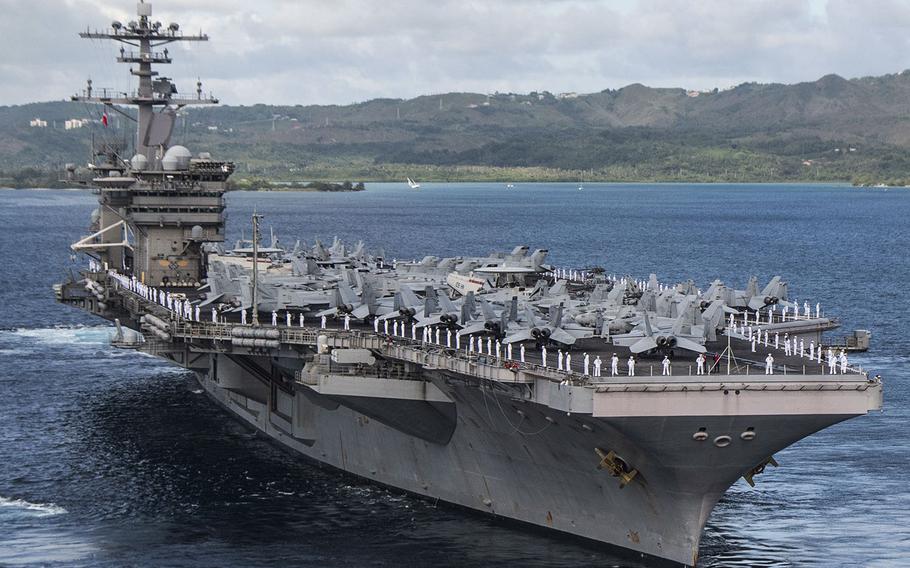 WASHINGTON — A coronavirus study of USS Theodore Roosevelt sailors released Tuesday indicated the potential for some immunity to the disease based on antibodies found in the blood of positive cases.

An investigation into the virus outbreak on the Roosevelt started in April by the Navy and the national Centers for Disease Control and Prevention to learn more about the coronavirus and determine how it spread among the crew of the aircraft carrier and infected 1,273 of the nearly 4,800 crew members, the service said.

The study asked for 1,000 volunteers to provide blood and swab samples and answer a survey, however only 382 Roosevelt sailors participated. The volunteers were not a representative sample of the crew population, Daniel Payne, an epidemiologist with the CDC, told reporters Tuesday. He is the lead author of the CDC study.

The study was the first look at the coronavirus among healthy young people who were in close quarters, Payne said. Most of the current knowledge about how the virus affects people is based on older adults with underlying health conditions.

The study included a serology test, which looks for antibodies in the blood left in the body after it has fought off a virus. The test is used to determine who has been infected, especially if they had few or no symptoms, according to the CDC. The study found 60% of the volunteers had antibodies for the coronavirus, and of those, 59% also had neutralizing antibodies at the time their blood was drawn.

“This finding may give us an early glimpse into actual immune protection against [the coronavirus] in young adults having these intense viral exposures aboard the ship,” Payne said. “These are actually important in that they could be indicators of some degree of immunity. But we don’t necessarily know how long because this was a time-constrained investigation.”

Another finding from the study was sailors who were infected were 10 times more likely to report having a symptom of loss of taste or smell compared to those who were not infected, Payne said.

This could develop into a good screening tool for the virus, said Capt. Robert Hawkings, with the Navy and Marine Corps Public Health Center.

Most of the young sailors had mild symptoms.

The other most common symptoms after loss of taste and smell were muscle pains, fever and chills, according to Payne. These are different from studies with older adults who were likely to have symptoms like a cough or shortness of breath.

The tests also indicated among the sailors who had been exposed, almost 1 in 5 were asymptomatic or about 18.5%.

The entire crew of the nuclear-powered Roosevelt was tested for the coronavirus while the ship was in port in Guam for almost two months. Most of the crew was taken off the aircraft carrier and put into isolation on Guam to try to prevent the spread of the virus. Several sailors were hospitalized in Guam and one died due to complications from the virus.

Since the outbreak on the Roosevelt, the Navy has implemented fleet-wide guidance on how ships must prevent the spread of the virus and other infectious diseases while operating at sea. This includes wearing face coverings and self-monitoring for symptoms. The Navy has the highest number of confirmed coronavirus cases of the military services at 2,608 as of Monday.

The Navy has also finished another investigation into its response to the outbreak on the Roosevelt and it is being reviewed by Adm. Mike Gilday, the chief of naval operations. The initial investigation was expanded April 29 after former acting Navy Secretary James McPherson said the first inquiry left him with “unanswered questions.”