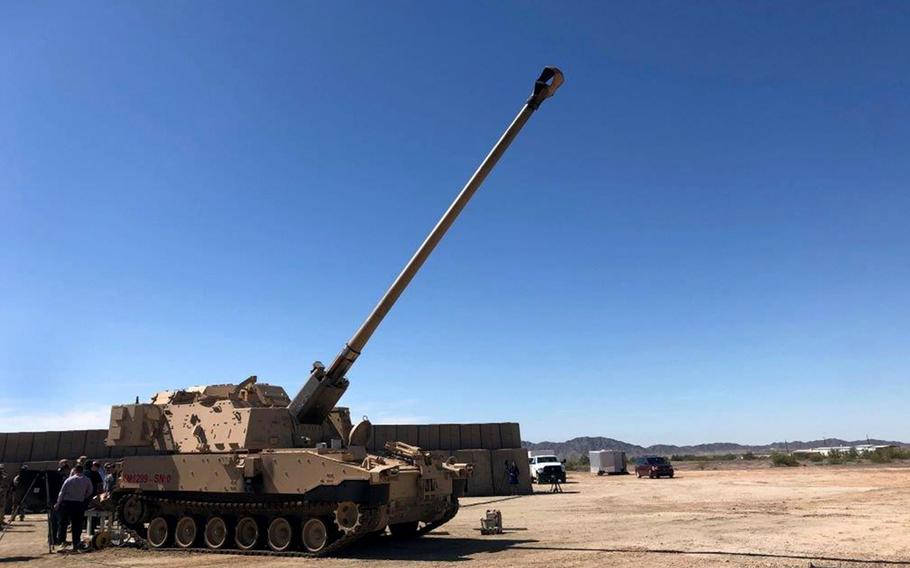 The U.S. Army fired three M982A1 Excalibur weapons from its Extended Range Cannon Artillery prototype, with one round striking a direct hit a target at a range of 43.5 miles, Dec. 19, 2020. (U.S. Army)

A U.S. Army cannon has hit a target 43.5 miles away, marking a milestone in the push to develop longer range artillery, the service said.

Three M982A1 Excalibur weapons were launched from its Extended Range Cannon Artillery, during a test at the Army’s training area in Yuma, Ariz., Army Futures Command said in a statement this week. The weapon hit its target on the third attempt.

For the Army, extending the reach of its cannons is a priority as it seeks to counter advanced potential adversaries like Russia and China. The service is looking to develop systems that put Army units out of the range of enemy ground forces.

“I don’t think our adversaries have the ability to hit a target on the nose at 43 miles,” Brig. Gen. John Rafferty, director of the Army’s Long-Range Precision Fires Cross Functional Team, told Defense News following the Saturday test.

Design work on a final version of the cannon could be finished in 2021, with hopes of fielding the weapon by 2023, the Army said. Service leaders have said long-range precision fires from ground forces are an important part of a modernization effort to give forces “a decisive advantage” in future fights.