Navy to reimburse spouses for professional licensing after a move 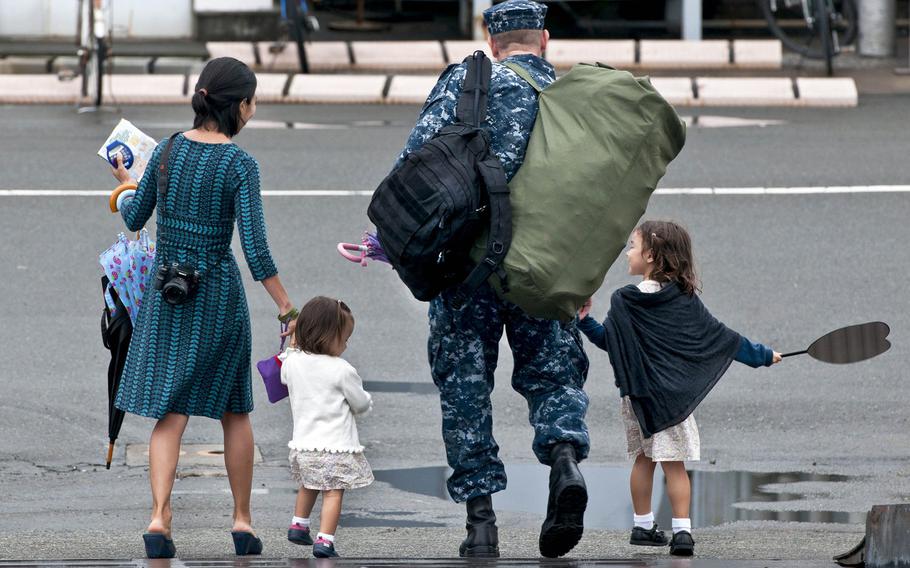 Sailors' spouses can be reimbursed up to $500 for re-certifying professional licenses after PCSing. The other services have implemented similar programs in response to a study that shows military spouses' unemployment rates increase with every change of duty station. (U.S. Navy)

Sailors can be reimbursed up to $500 to cover the cost of their spouses’ professional licenses or certifications if an assignment requires them to move to a different state, the Navy announced this week.

“This is part of an ongoing effort to show Navy families we are working to expand family support programs and facilitate spouse employment opportunities,” said Perry Christiansen, lead for the Navy’s family readiness programs policy, in a statement.

Each state has its own licensing requirements and fees for various professions, from doctors and lawyers to midwives and athletic trainers. A license in one state generally can’t be transferred to another, and the cost of applying for recertification in a new state can be burdensome. But without completing the process, spouses often can’t work in their chosen field.

Servicemembers, not their spouses, must apply for the funds, which cover the costs of exams and registration fees.

The Army, Air Force and Marines began offering similar reimbursements last month as part of a five-year pilot program, which was approved as part of the 2018 defense budget on Dec. 12, 2017.

Military spouses who moved from one state to another after that date are eligible for the program if they had to recertify for a profession they were licensed to practice in the previous state.

Military families returning to the U.S. from overseas qualify for the program if the spouse was licensed in one state before the overseas tour and is returning to a different state.

A report published by the Rand Corporation in 2015 found that frequent moves can make it difficult for military spouses to “find employment in occupations of their choosing … and maintain long-term careers.” Compared with their civilian counterparts, military spouses are more likely to be unemployed or underemployed, the report said.

“Employment issues are one of the biggest challenges military spouses face, especially for those who have jobs that require licensures,” Karen Pence said last fall at a forum about military spouse employment at the Association of the U.S. Army’s annual meeting and exposition.

The Pentagon estimated that about 37% of military spouses in the workforce had professions requiring a state license, she said.