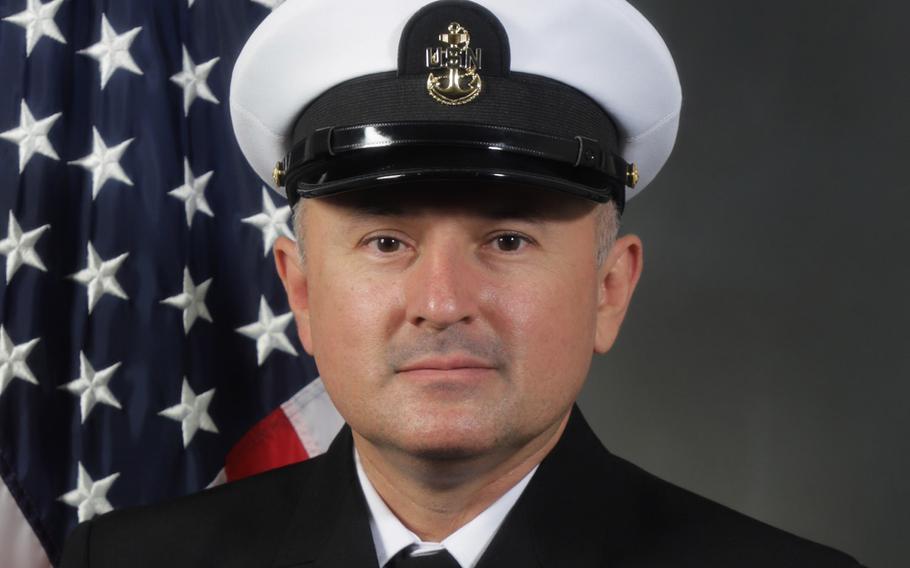 Chief Petty Officer Herbert Rojas is the 21st service member and one of three active-duty sailors to die from the virus since the pandemic began last year. (U.S. Navy)

WASHINGTON — A 50-year-old staff instructor is the third active-duty sailor to die from the coronavirus, the Navy announced Friday.

Chief Petty Officer Herbert Rojas, who served as a quartermaster, died Tuesday at his off-base residence due to complications associated with the virus, according to a statement Friday from Recruit Training Command Great Lakes, Ill.

The Great Lakes location is the sole boot camp for the Navy.

“We are deeply saddened by the loss of our friend and shipmate Chief Rojas, and we will continue supporting his family and friends during this time of grief,” Capt. Erik Thors, the commanding officer of the Recruit Training Command, said in the statement.

Rojas is the 21st service member and one of three active-duty sailors to die from the virus since the pandemic began last year. Petty Officer Second Class Cody Andrew-Godfredson Myers, assigned to the USS Tennessee, a ballistic-missile submarine based in Kings Bay, Ga., died Thursday, according to the Navy. Chief Petty Officer Charles Robert Thacker Jr., 41, was a sailor assigned to the USS Theodore Roosevelt aircraft carrier when he died April 13 at the U.S. Naval Hospital in Guam.

Rojas tested positive as a result of the command’s sentinel surveillance testing program that is done for all staff members, Lt. Cmdr. Phillip Chitty, a spokesman for Naval Service Training Command, wrote Friday in an email. Each week, 10 percent of the staff is tested and everyone is eventually tested during a 10-week period. Chitty could not say when Rojas tested positive and did not know whether he had ever been hospitalized due to the virus.