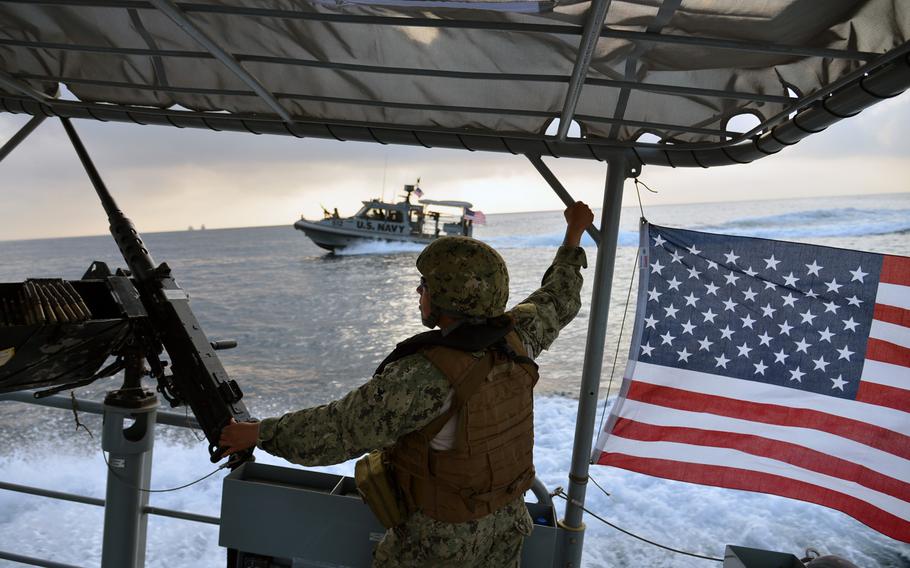 TOKYO — The approved boost to sea pay for sailors and Marines serving aboard ships will take effect May 1, the Navy announced Monday.

Sailors and Marines could see as much as a 25 percent increase in the monthly stipend, according to Secretary of the Navy Ray Mabus in a release, to help fill thousands of critical positions at sea that typically involve frequent, long deployments.

“Those Sailors and Marines on sea duty, deployed away from home around the world, are the backbone of the Navy and Marine Corps, and enable us to provide and maintain our global presence,” said Mabus in March when the incentive was approved. “This increase is long overdue and is meant to reward our Sailors and Marines for their continued sacrifices as part of ‘America’s Away Team’.”

This is the first increase in sea pay in more than a decade and was initially expected to take effect this summer.

The adjustment is aimed at keeping pace with the dollar’s inflation rate since October 2001. According to the Bureau of Labor Statistics, $1.32 is needed today to buy what $1 bought in October 2001.

Additionally, sailors and Marines who have served more than 36 consecutive months in a sea billet will see a boost to the incentive based career sea pay premium.

This premium will increase anywhere from $100 per month to $200 per month depending on rank and time at sea.

“It’s long overdue,” Chief of Naval Personnel Vice Adm. Bill Moran said during an all-hands call aboard the USS Bataan earlier this year. “We haven’t adjusted sea pay in over 10 years and we are absolutely convinced that it is the right thing to do for sailors who are committed to sea duty or serving at sea.”

The Navy expects the increase to cost $66 million per year.

The updated chart can be accessed on the Navy's website.