Navy’s most expensive ship ever breaks down in Panama Canal 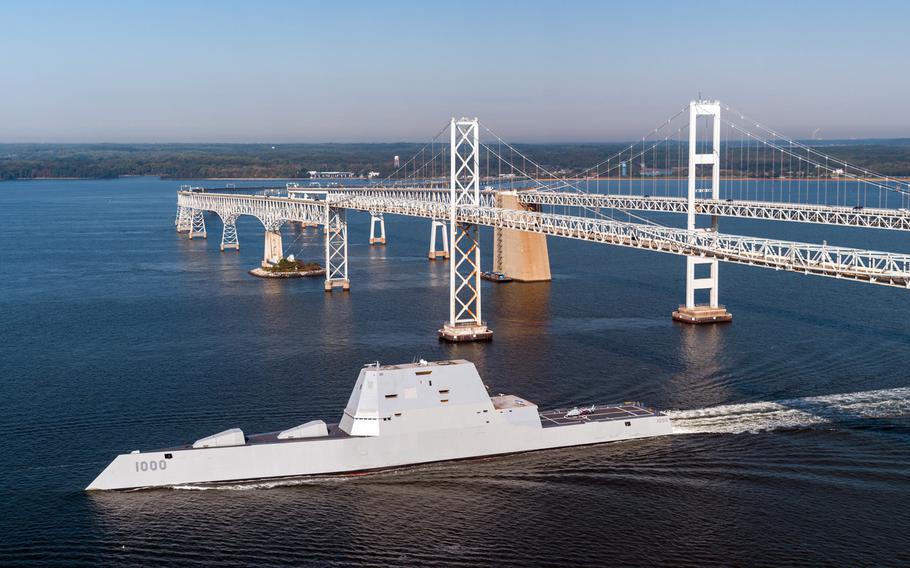 USS Zumwalt passes under the Gov. William Preston Lane Memorial Bridge, also known as the Chesapeake Bay Bridge, as the ship travels to its new home port of San Diego, Calif. Oct. 17, 2016. The Navy announced Tuesday, Nov. 22, 2016, that the ship suffered an engineering problem and had to be towed to a berth in Panama. ( Liz Wolter/U.S. Navy)

WASHINGTON — The Navy’s newest and most technologically advanced guided missile destroyer had to be towed from the Panama Canal after experiencing “engineering issues,” a spokesman for the service said Tuesday in a statement.

The USS Zumwalt, which cost $4.4 billion, will remain at Naval Station Rodman, a former U.S. base in Panama, to repair problems that surfaced this week while the ship cruised to its new homeport in San Diego, said Cmdr. Ryan Perry, a spokesman for the Navy’s Third Fleet. He said it was unclear how long the ship would remain in Panama.

“The schedule for the ship will remain flexible to enable testing and evaluation in order to ensure the ship’s safe transit to her new homeport,” Perry said in a statement.

USNI News, a publication of the U.S. Naval Institute, reported the ship was in the canal when it lost propulsion. Crew members also saw water intrusion in bearings that connect electrical motors to drive shafts, it reported.

The 610-foot-long Zumwalt was billed as the most capable surface combat ship in the world when it was commissioned last month in Baltimore. But the most recent issues were not the first it has faced since it left shipbuilder General Dynamics Bath Iron Works in Maine in September.

The Zumwalt suffered a similar seawater leak in September and another unspecified engineering problem in October, according to USNI News.

When it arrives in San Diego, the Zumwalt will begin having its combat systems installed before it is tested and evaluated. The process is expected to last through most of 2017, and the ship will not likely join the Navy’s operational fleet until 2018.