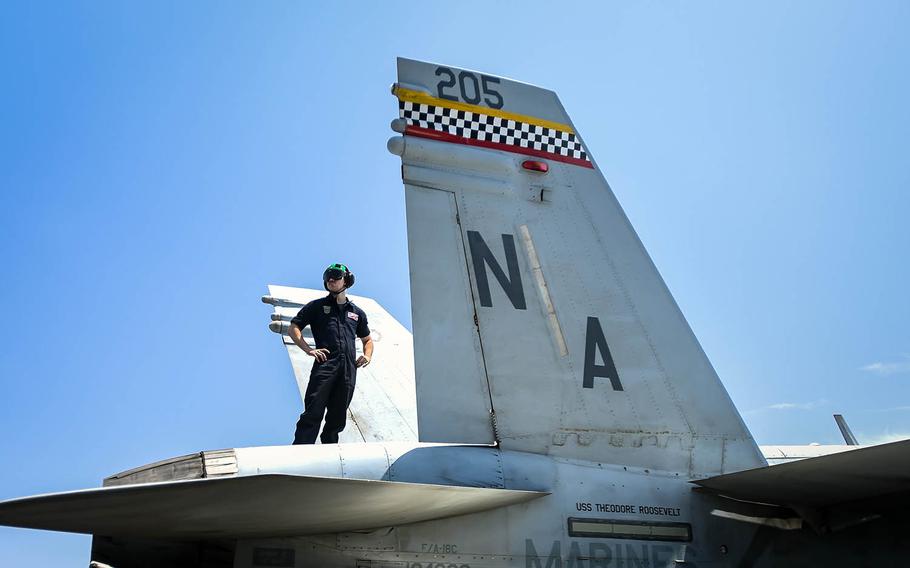 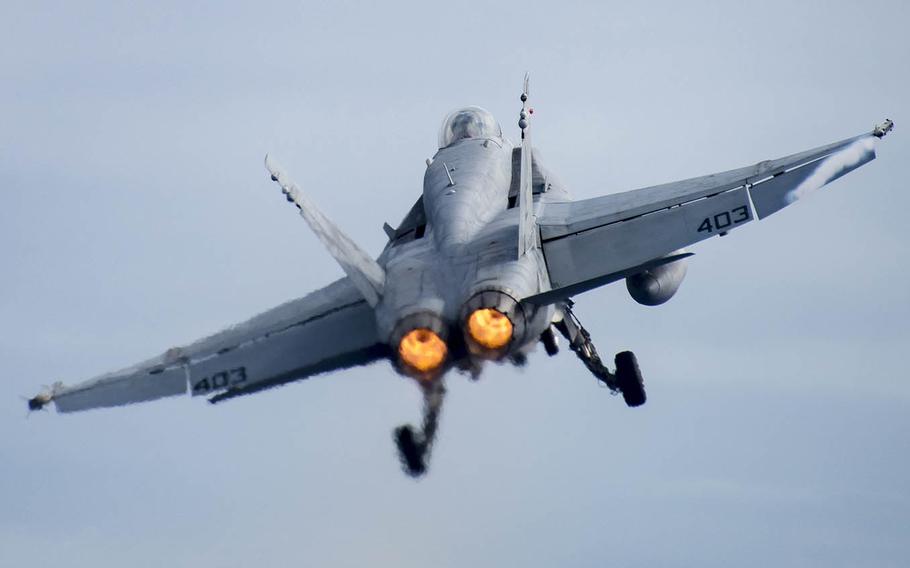 An F/A-18C Hornet takes off earlier this year from the aircraft carrier USS Carl Vinson in the Pacific Ocean. (Sean Castellano/U.S. Navy photo)

It’s the end of an era for the Navy’s F/A-18C Hornet; officials announced the jet’s recently completed deployment aboard the USS Carl Vinson was its last.

The service recently told Stars and Stripes it will no longer use the jet in combat or regular deployments, but will find other uses for the attack aircraft first deployed decades ago.

Though the three-month mission that ended March 12 was the Hornet’s final full deployment, Strike Fighter Squadron 34 will fly the jets in the 25-nation Rim of the Pacific exercise this summer, said Lt. j.g. Emily Judstra, a Naval Air Forces Pacific Fleet spokeswoman.

After that, the Hornets will mainly be used in demonstrations and training with the Blue Angels, at the Naval Aviation Warfighting Development Center and in reserve squadrons, she said.

The San Diego-based VFA-34 will be the last squadron to transition to the F/A-18E Super Hornets when it does so next February, Judstra said.

The Hornet’s similarly looking successor, the F/A-18E/F Super Hornet, will continue to be used in deployments and combat.

The Super Hornet, which was rolled out in 1999, is about 25 percent larger with “increased maneuverability, range, payload and more powerful engines” than its predecessor, according to Boeing.

The service said last fall that its version of the F-35 — which has drawn scrutiny over a predicted $1 trillion-plus cost of operations over its expected 60-year life span — will reach initial operational capacity this year.

The Hornet’s first C models entered active duty in 1987 and cost $29 million each. In its earlier years, the jet “[broke] all records for tactical aircraft in availability, reliability and maintainability,” the Navy said.

“The F/A-18 demonstrated its capabilities and versatility during Operation Desert Storm, shooting down enemy fighters and subsequently bombing enemy targets with the same aircraft on the same mission,” the Navy said.

Cmdr. Thomas Bodine, U.S. Navy Federal Executive Fellow to the Chicago Council on Global Affairs, said the Hornet proved to be a “stalwart, front-line strike fighter for the Navy” over the years.

“The aircraft and her pilots have contributed to every major combat operation ranging from the 1998 Operation Desert Fox in Iraq, to Operation Enduring Freedom in Afghanistan, to the ongoing Operation Inherent Resolve in Syria and Iraq,” Bodine said. “The [F/A-18C’s] departure from the Navy’s operational roster marks an end of an era.”

While the Navy’s Hornets have seen their final combat action, Bodine said the aircraft’s impact will remain.

“Her legacy continues both within the [Marine Corps], whose F/A-18C/D Hornet squadrons are flying her with great precision and lethality, and through the Navy’s FA-18E/F Super Hornet, which serves as the only operational strike fighter in the Navy’s inventory,” he said.