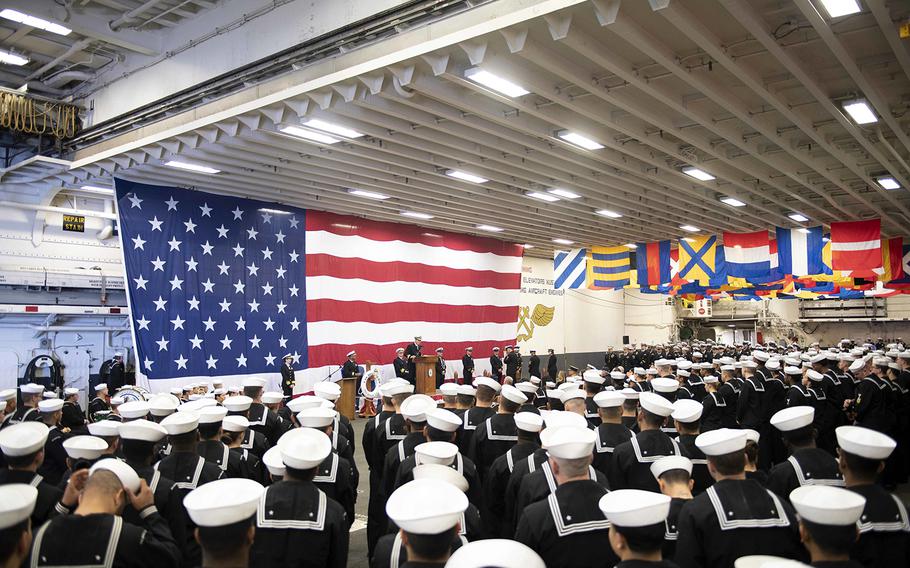 Read more coronavirus coverage from Stars and Stripes. The Navy on Friday recorded its first case of a sailor aboard a warship testing presumptive positive for coronavirus, according to a Naval Surface Forces statement issued Sunday.

The sailor, assigned to the USS Boxer, works aboard the San Diego-based amphibious assault ship but is quarantined at home “in accordance with the Centers for Disease Control and Prevention guidelines,” the statement said.

The Navy immediately notified those with whom the sailor said he had close contact and instructed them to self-isolate in their homes. None of them are aboard the Boxer currently, according to the statement.

“Military health professionals are conducting a thorough contact investigation to determine whether any additional personnel were in close contact and possibly exposed,” Naval Surface Forces said in the statement. “Depending on the results of that investigation, additional mitigations may be taken.”

The sailor’s test is considered presumptive positive until the CDC can confirm its validity.

“USS Boxer is taking appropriate preventative measures and conducting a thorough cleaning in accordance with specific guidance from the CDC and Navy-Marine Corps Public Health Center.”

The test marks the first time a sailor aboard a Navy vessel has contracted the coronavirus, but not the first in the service.

The Boxer is pierside at its homeport, Naval Base San Diego, where another sailor tested positive on Friday, according to media reports. That sailor was not attached to a ship.