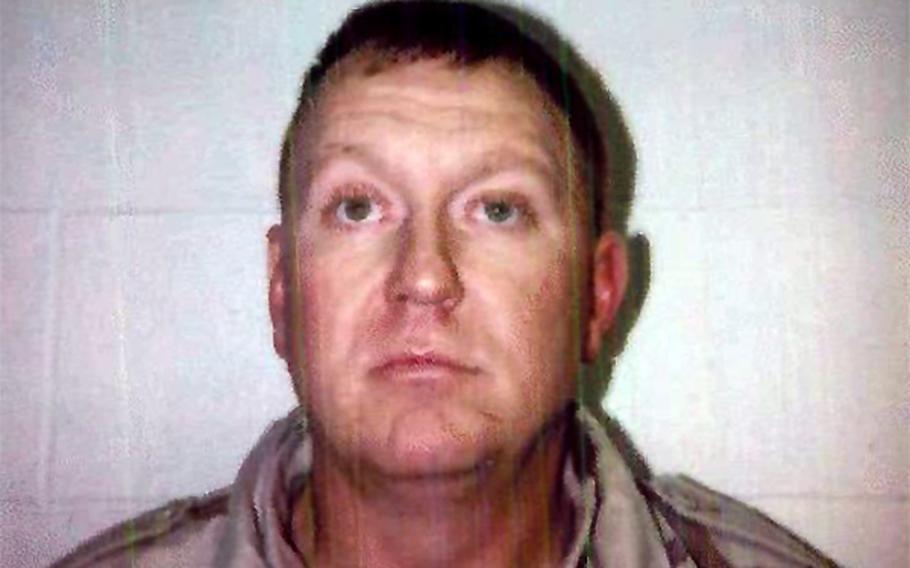 WASHINGTON — For 15 years, James Tait Praefke has evaded capture after escaping a naval prison in the Pacific Northwest about a month after being sentenced on charges that the sailor stole explosives from the military.

Praefke was an aviation electrician’s mate first class who joined the Navy in 1987 and was working as a command logistics petty officer in 2005 responsible for the packing and loading operations of supplies for transport to and from Afghanistan, according to NCIS. In February 2005, he returned from Afghanistan to Naval Station Whidbey Island, Wash., and during a customs inspection Navy security found a M33 fragmentation grenade in his canvas bag. More searches uncovered military grade C-4 explosive, however NCIS officials did not say how much was found.

Now, NCIS is offering a reward up to $10,000 for information that leads to Praefke’s arrest and conviction, the agency announced Friday.

In October 2005, Praefke who was 37 years old at the time, was sentenced at a general court-martial to more than three years of confinement for unlawful possession of explosives, larceny of ammunition, and making a false official statement, according to NCIS. On Nov. 13, 2005, Praefke escaped from Naval Brig Puget Sound, Wash.

NCIS did not say how Praefke escaped from his confinement, but officials said they believe he was able to get an RV or a boat and he has been traveling across the United States or sailed to the Caribbean.

Praefke, now 52, is a white male, weighing 220 pounds, and is 6 feet, 3 inches tall, according to NCIS. The agency also said he is most likely using a false identity. Praefke has reddish brown hair, green eyes, and might have a beard or mustache. He also has acne scars on his chin and neck, a one-inch scar on his left shoulder blade, and a one-inch scar on his lower right torso.

“Praefke is a resourceful survivalist with specialized training and knowledge of firearms. He is likely comfortable living in the woods and may be living in seclusion or with like-minded people,” according to NCIS.

He has family in the Beverly Hills, Fla., area and has also shown interest in Wyoming, southern Florida, and the Caribbean, according to NCIS.

Tips can be submitted to www.ncis.navy.mil.