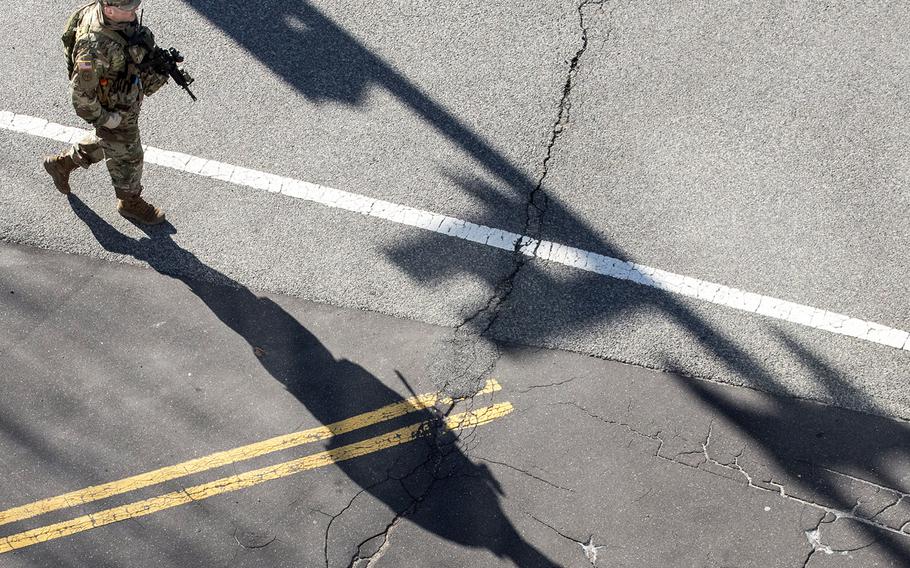 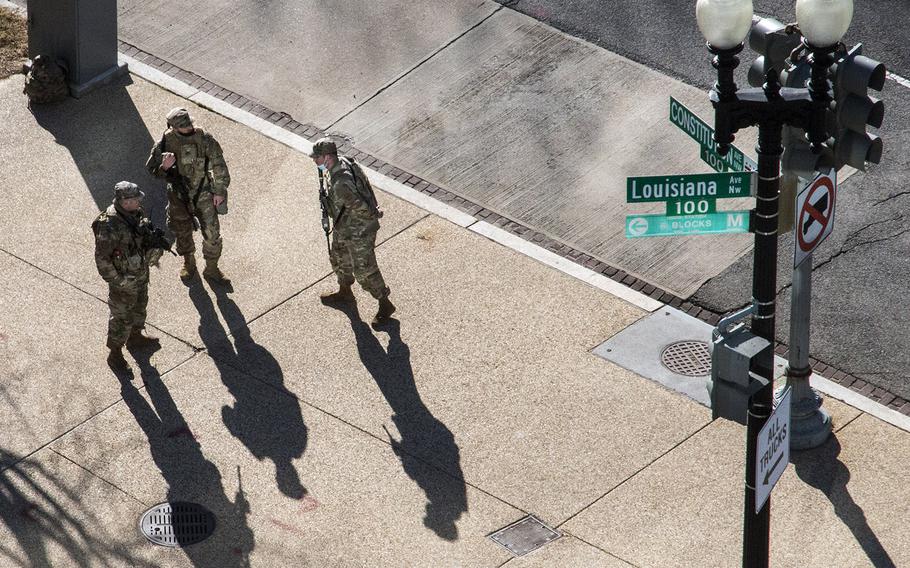 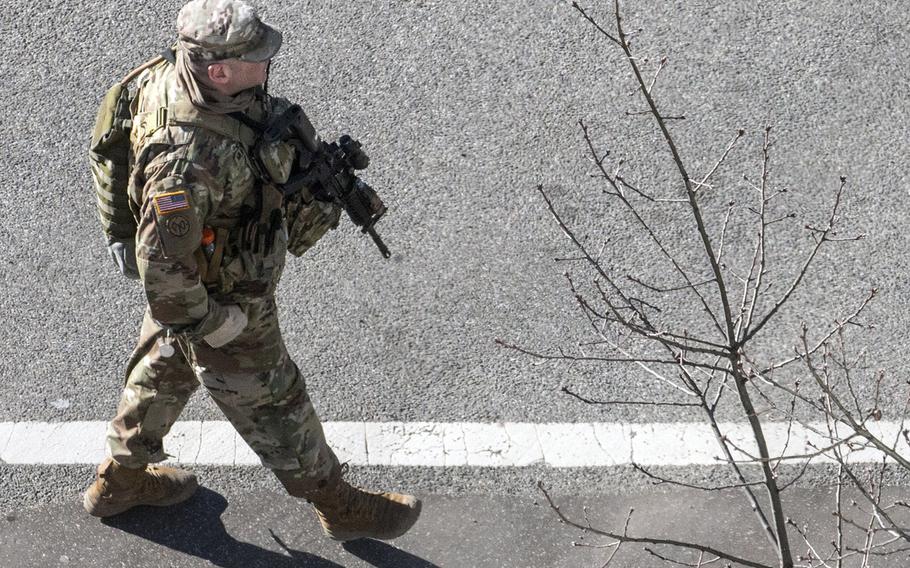 Buy Photo
A National Guard soldier, seen from atop a nearby building as he walks down Constitution Ave. in Washington, D.C., March 3, 2021. (Joe Gromelski/Stars and Stripes)

WASHINGTON — The Pentagon has not yet decided whether National Guard members deployed to protect the Capitol Building will stay past March 12 when their current orders expire, a defense official told two Senate committees at a hearing Thursday.

“We’re trying to figure out with the Capitol Police Board what’s going to happen after the 12th. We need an answer in the Defense Department so that we understand, so [Defense Secretary Lloyd Austin] can review and make a decision on how that support will either be continued or adjusted,” said Robert Salesses, acting assistant secretary of defense focused on homeland defense and global security. The board oversees the police force.

Pentagon chief spokesman John Kirby maintained this week that the Defense Department has not received an additional request to keep the troops in Washington longer than March 12 and the National Guard will continue its mission until then.

Kirby emphasized Wednesday in a news briefing at the Pentagon that the troops are still “fundamentally contributing to, supporting local and federal law enforcement and Capitol Police and the District of Columbia request for their support.”

POLITICO reported in January that the deployment for the entire D.C. National Guard has been extended until March 31 in anticipation of “civil disturbance.”

Michigan Gov. Gretchen Whitmer said Tuesday at a news conference that she would not extend the Michigan National Guard’s deployment at the Capitol.

About 26,000 Guard members were mobilized during the weeks of fallout from the Jan. 6 riot at the Capitol, and more than 5,200 troops now remain in Washington.

The comment from Salesses came hours after the Capitol Police on Wednesday announced it is aware of a threat by an “identified militia group” to breach the Capitol on Thursday.

That’s the date that presidential inaugurations were held until 1933 when the 20th amendment to the Constitution was adopted.

“We have obtained intelligence that shows a possible plot to breach the Capitol by an identified militia group on Thursday, March 4,” the federal force that is in charge of protecting Congress said in a statement.

National Guard spokesman Matt Murphy said in a statement that the Guard’s mission is unchanged despite the threat.

The Capitol Police, which has come under fire from lawmakers and the public for its handling of the Jan. 6 siege, said it has “already made significant security upgrades to include establishing a physical structure and increasing manpower.”

The FBI and Department of Homeland Security warned of an increase in online talk among extremists related to plots against the Capitol on March 4 — the day that some conspiracy theorists believe former President Donald Trump will return to power, according to CNN.