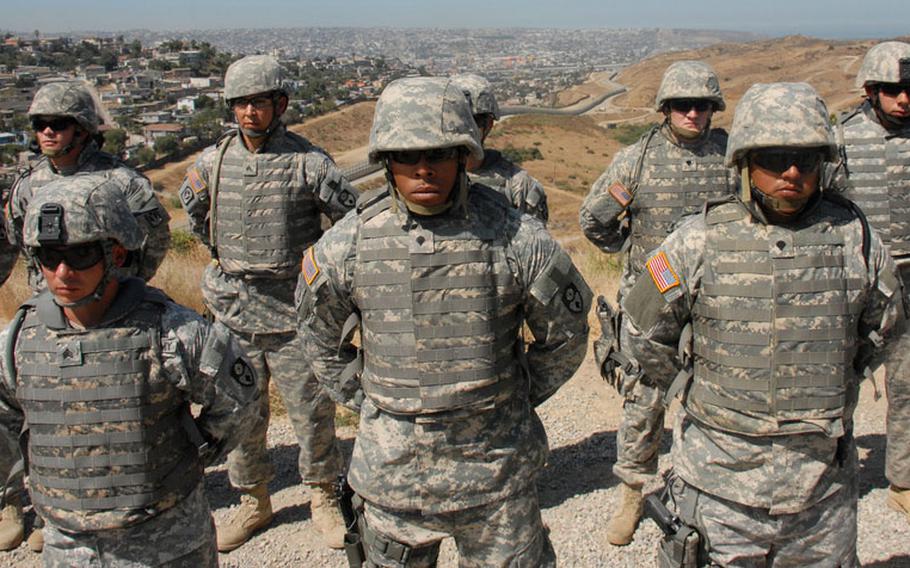 WASHINGTON – The National Guard late Thursday retracted its estimate that about 20,000-30,000 soldiers outside of California had their re-enlistment and education bonuses flagged for review, a step that could have led to recoupment of money in some cases.

The initial rough estimate was given to Stars and Stripes by a National Guard Bureau spokesman who was reviewing nationwide data on the wartime bonuses, which have come under scrutiny after thousands of California soldiers face repayment.

The estimate was made using incomplete data from state National Guard bureaus and did not indicate how many cases actually led to recoupment efforts, only cases flagged for further review, Lt. Col. Wes Parmer, a National Guard Bureau spokesman, said in a telephone interview.

But the service later challenged the estimate, saying it did not have statistics to back it up.

“There is nothing in the National Guard Bureau's review of the California bonus issue to support the estimate that 20,000 to 30,000 National Guard soldiers outside California have had their bonuses flagged for review and recoupment,” Col. Les Melnyk wrote in an email statement.

The Pentagon said it has not fully completed a review of bonus cases ordered last week by Defense Secretary Ash Carter and does not yet have accurate numbers to provide. It told Stars and Stripes that the instances of fraud and reclamation of bonuses is likely “in the dozens.”

However, a statistical survey by the National Guard in 2010 of about 9,000 bonuses given to soldiers outside California found about 11 percent warranted “additional review for possible contract termination or recoupment action" by the state National Guard bureaus, according to figures supplied by the service. Cases can be reviewed for a variety of reasons, including soldiers not fulfilling their agreement, lack of paperwork or fraud.

It was unclear Thursday what the states did with those cases.

The National Guard Bureau investigation “didn’t include tracking each state’s actions on recommendations. It’s a state-centric process,” Parmer wrote in an email.

An effort by the California National Guard to review and reclaim some bonuses from a group of about 10,000 soldiers caused public outcry last week. Carter ordered a temporary halt to the collections and Congress is eyeing new legislation to forgive the debt for those soldiers.

The National Guard discovered fraud in California bonuses in 2010 and has since started recollecting about 2,000 and has yet to process thousands more. It ordered state bureaus to conduct audits in 2010 and took the statistical sample of the total number of cases, Parmer told Stars and Stripes.

Parmer and the Pentagon underscored they do not believe the widespread fraud found in California was a problem elsewhere.

The “National Guard Bureau assessed at that time that there was no evidence of the systemic fraud found in California and determined that no further reviews were necessary,” Parmer wrote in an email.

After the 2010 audits, the Army National Guard made changes and created the Guard Incentives Management System that it said will reduce the likelihood of the fraudulent activity that occurred in California. The service has said a servicemember in California was at the root of many fraudulent bonus payments and was prosecuted.

In California, thousands of National Guard members or veterans have been forced to repay bonuses.

In about 1,100 of those cases, recipients were not entitled to the bonuses they received, according to the National Guard Bureau.

Another 5,300 cases do not include proper paperwork or documentation and 3,200 have been flagged but not fully processed, the bureau said.

So far, the National Guard had begun collection efforts in 2,000 cases, it said.