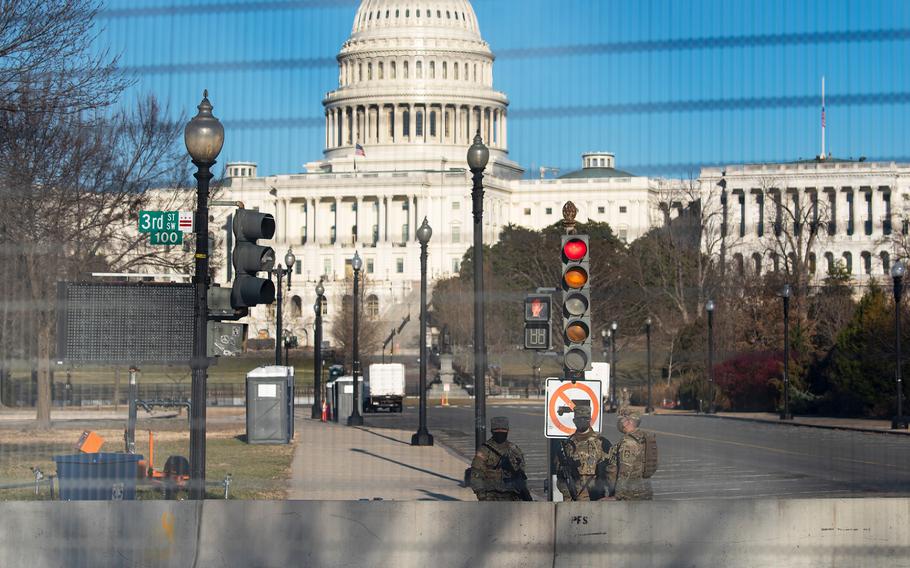 WASHINGTON — A National Guard member supporting the protection of the Capitol was found dead Wednesday night, according to officials.

Police responded to the death of a man at the 1300 block of Pennsylvania Avenue, NW, at about 11:13 p.m., said Alaina Gertz, a spokeswoman for the Metropolitan Police Department.

The man was found dead at the JW Marriott hotel, which is about a mile from the Capitol, according to a report by WUSA9.

The National Guard member died due to an apparent medical emergency, said Air Force Lt. Col. Robert Carver, the spokesman for the Joint Task Force for District of Columbia.

The Guard member was not on duty at the time, and information about him, including his unit and home state, will not be released until his next of kin are notified, Carver said.

An investigation into his death is ongoing, Gertz said.