National Archives exhibit on Vietnam War to wrap up in January 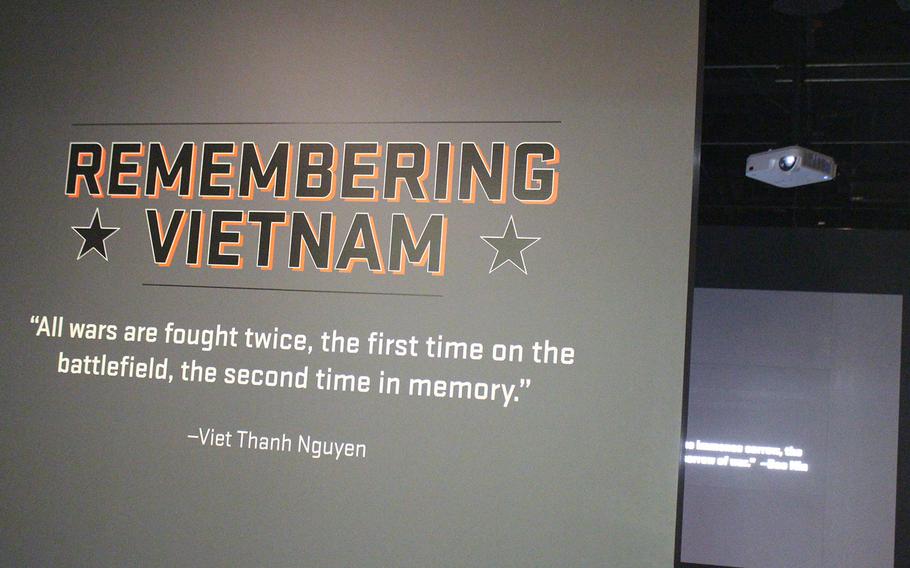 Buy Photo
Entrance of the, "Remembering Vietnam," exhibit at the National Archives in Washington, D.C. The exhibit runs through Jan. 6, 2019. (Ken-Yon Hardy/Stars and Stripes)

"(We) have a number of films, documents and photographs you're going to see at this exhibit," said curator Alice Kamps. "We've organized the exhibit into 12 critical episodes. These are turning points or major decisions important to events in the war, that we think will help people understand why the United States got involved, why it went on so long and why it was controversial for the American people."

Following the United States involvement in Vietnam, from its World War II origins to the fall of Saigon in 1975, the exhibit explores the policies and decisions that initiated and escalated American economic and military aid to South Vietnam, according to archive officials.

The 3,000 square-foot exhibit spans six presidencies (Truman to Ford), and is enhanced by audio, video and digital components telling the story of the Vietnam War.

Photographs and artifacts provide background information and context, which supports the authenticity of the exhibit.

"It's called ‘Remembering Vietnam’ because as wars recede in our memory, we start to base our collective recollections more and more on movies and popular music ... less and less on facts," Kamps said. "We wanted to re-establish some of the facts, based on the evidence that's in the holdings of The National Archives."

The exhibit runs until Jan. 6. For information: www.archivesfoundation.org/vietnam.