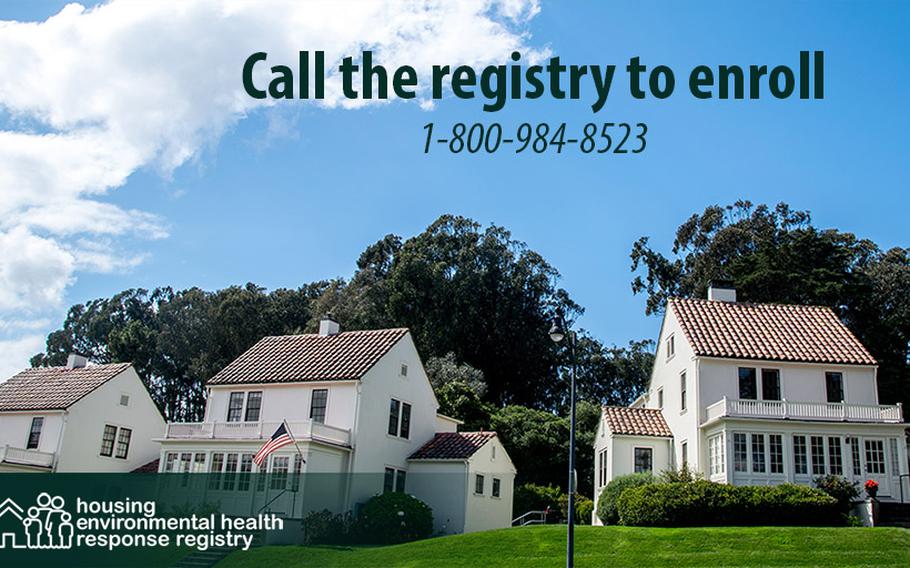 WASHINGTON — About 263 people have enrolled in the Army’s new registry to document environmental health concerns related to military housing, Army officials said in advance of a town hall meeting Tuesday.

A hotline and health registry were established in April to record health concerns from military families after media reports uncovered widespread issues with the condition of military homes, including mold, pest infestation and lead paint.

Since April, the hotline has received about 560 calls but only 263 callers have completed the process of enrolling in the Housing Environmental Health Response Registry, Army officials told reporters at the Pentagon last week. Several Army officials discussed Army initiatives for soldiers and their families before Tuesday’s family forum with Army senior leaders at the Association of the United States Army annual meeting in Washington.

While housing concerns were a main topic at the packed family forum, the health registry was not discussed.

Once a call is made, it is registered into an Army database; Army public health officials access the information to follow up with the caller. During the follow-up, callers are given a questionnaire with demographic information to enroll in the registry.

The officials said not everyone wants to go through the registration process.

About half of the enrollees reported specific concerns about their home, an Army official said.

“The majority of those were mold and dampness. Of that half, about half requested additional contact with the public health professional at the Army public health center,” the official said. “So we have physicians and nurses who make contact with registry enrollees who would like specific information about their concern on targeted education or assistance with medical referrals.”

The Army has released two policies on mold and lead in the past year on identifying health conditions associated with “potential environmental health hazards in the home,” the Army official said.

Since the Army’s lead policy was published last October, “40 children under the age of 6 have been diagnosed with elevated blood lead levels that exceed the action level” set by the Centers for Disease Control and Prevention for lead in the blood, the official said. Health officials then try to find the source for the exposure.

About 19 of those children lived in on-post housing and only two were linked directly to the housing, the official said. The others could have been exposed due to “parental hobbies or environmental exposures otherwise,” they said.

During a patient visit, if their health condition is potentially linked to the home, a recommendation for a home assessment is made by the health care provider to the installation Department of Public Health.

Public health professionals help those who live on-post to coordinate the housing assessment, which is led by the installation housing office, according to the Army official. So far 68 home assessment recommendations have been made in the past year.

The preventive medicine section of the local Army hospital follows up after the assessment, and the information is entered into the health registry record for follow-up.

The Army Medical Command is looking to work with Installation Management Command to develop a checklist for on-post homes to assess environmental health and safety “so that we have a good baseline … for quantifying and providing actionable recommendations for health and safety in housing,” the official said.