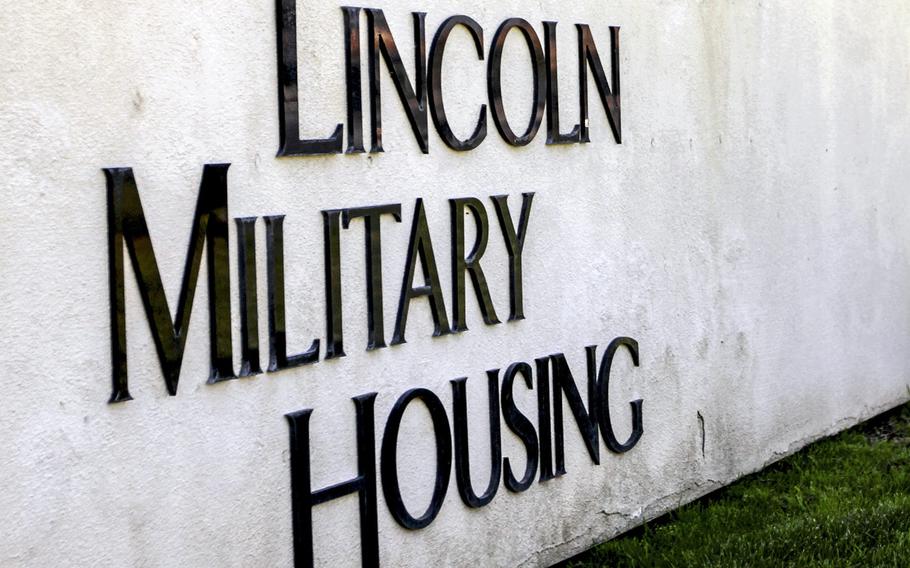 Another military family in the San Diego area has filed a lawsuit against Lincoln Military Housing, complaining of mold-infested housing that was not properly addressed and caused ongoing illnesses.

There are now at least nine ongoing cases against the military housing management company in San Diego Superior Court, according to the court’s online database.

The family arrived at Camp Pendleton after leasing two other homes at California bases from Lincoln with no issues. Their troubles began at Camp Pendleton on the day they arrived in March 2017, according to the lawsuit. When they moved into the residence, the family “discovered a number of sanitation issues and health hazards on the leased property, including dirt and animal hair imbedded in the floor, dog feces inside the house, a maggot infestation underneath the house and mold visible in the closets and within the windowsills,” according to the suit.

The issues were reported to Lincoln and the company classified the mold as cosmetic and directed the family to use bleach and clean it themselves, according to the lawsuit. The Prunty family ultimately paid a cleaning company “to sweep the home and make it habitable.”

Ryan Prunty, a hospital corpsman at the base, also said two areas in the house appeared to have water damage that was painted over. Prunty said he asked Lincoln personnel about it and he was told again that these problems were just cosmetic.

Two years later, the roof above the living room began to leak significantly, causing the company to use a device to check for moisture in the walls of the home – that’s when Prunty learned the entire back wall of the house was wet about four feet high. Once they cut into the drywall, they found mold.

“Once we noted that it was the problem areas we had identified in the beginning, and that they were deemed cosmetic, that’s what pushed us in the route of legal action,” Prunty said Monday during a phone interview. “And the issues that my son had as well.”

Throughout the two years that the Prunty family lived in the house, the couple’s children became sick. All three boys began wheezing, coughing and sneezing, according to the lawsuit. In January 2019, one son spent a month in the hospital for a swollen lymph node.

The family was relocated into temporary housing after mold was discovered and then moved from the base in June 2019. They now live with family in Los Angeles County. Prunty has a daily commute of 96 miles each way, but he said it is worth it to know his children are in a home that doesn’t make them sick.

Once they moved, Prunty said his son’s lymph node returned to normal size. The 7-year-old is back to playing golf, his favorite sport.

“While we are looking into the facts in this case, we strongly deny these allegations and look forward to defending ourselves in a court of law,” according to the statement.

The statement also added that Lincoln has worked closely with its residents during the past year to develop and implement several policies to improve customer service and satisfaction.

“We know our work is not done and continue to encourage resident feedback. We are committed to fixing issues in a manner that puts the readiness of military families first,” according to the statement.

Of the other ongoing lawsuits filed against Lincoln in San Diego, only one has reached a jury. In September, the jury awarded $2 million in damages to a Marine Corps family. However, a judge two months later ruled the award was excessive and ordered a new trial to determine the appropriate amount the family of four should receive. A hearing is scheduled in that case this month.

“When I met with the first family, it was disheartening and sad. I thought, well this may be a problem in that building. The problem is it’s more widespread than that. It’s not just in that block of buildings,” Webb said. “What we’re noticing is it’s systemic in the way that Lincoln is treating its housing at other bases in San Diego as well. What I’m seeing is an attitude that’s pervasive at Lincoln and it’s part of the problem.”

Lincoln isn’t the only company facing lawsuits for military housing. Hunt Military Communities, Corvias and the Michaels Organization also have lawsuits filed against them in federal courts in Texas, Maryland and Florida, respectively.

Prunty is leaving the Navy later this year, but he said he wants the lawsuit to create positive change in base housing for other military families.

“It is an issue my family happens to be on the forefront of fighting the fight for other people,” he said. “I want justice for other people who experienced the same issues.”